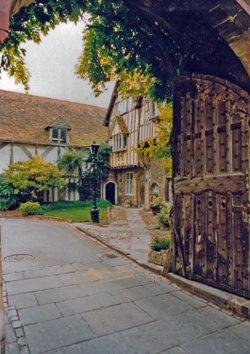 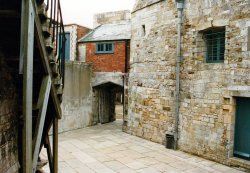 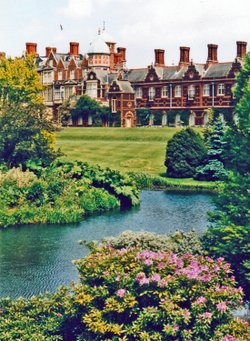 John Peel was a famous huntsman who lived in Caldbeck, Cumbria. He had a pack of successful hounds and used to follow the hunt on foot. John was said to be around 6ft tall with sparkling blue eyes and he is forever immortalised in the famous song 'D'ye ken John Peel' (Do you know John Peel) which was written by his friend and fellow Cumbrian William Woodcock Graves. It is said that both men met up at Graves's house after a hunt and Graves heard his childrens grandmother lulling the children to sleep with an old nursery rhyme known as 'Bonnie Annie'. Graves was taken with the tune and wrote a song in honour of his friend John Peel. He completed a version there and then and joked to John 'By Jove, Peel, you'll be sung when we are both run to earth!'. He was right. The song is a famous folk song.
John is buried at Caldbeck church along with his wife laid beside him and 11 of there 13 children (they had 6 sons and seven daughters).
His headstone is an elaborate one with hunting horns and other carvings. Apparently 3000 people showed up at his funeral. If you have any other information please email us

Other famous people alive at the time of John Peel