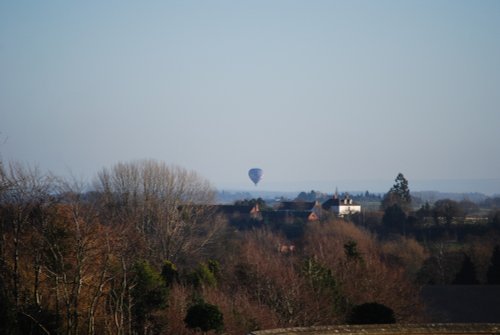 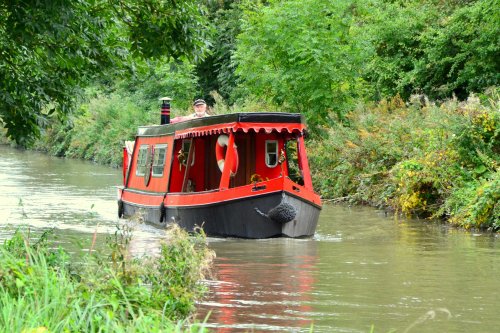 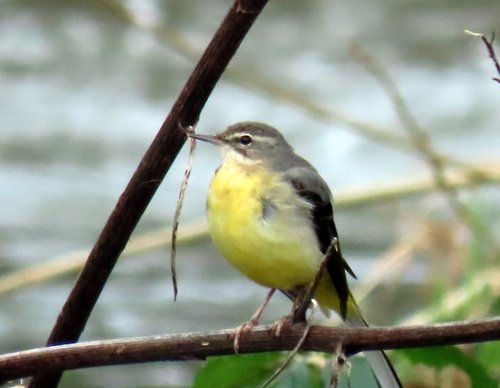 The genius of Edward Elgar began to blossom at an early age. It is said, he was found sitting on a river bank, with pencil and paper, trying to write down 'what the reeds are singing'. Edward grew up at a cottage called Birchwood in Broadheath near Worcester. His father was organist at St.George's Roman Catholic Church in Worcester where he also owned a music shop. Thus, the young lad had the good fortune to be surrounded from his birth on 2nd June, 1857 by family and friends to whom, music was all.

When visiting his father's shop, young Edward would play happily amongst the musical instruments, enjoying both the sound and feel of them. A non-academic, Edward taught himself to play a variety of instruments, in all musical matters he was largely self taught with many of his orchestral skills being formed against a back-ground of music making in and around his home town. The originality shown by trying to put music to paper when he was ten turned to determination, when as a young man Edward Elgar sought to pursue a career in music. He first started by teaching the violin but eventually gave this up to concentrate on composition work. It was to prove a long hard struggle as he strived for recognition of his skill and artistry.

Elgar met his future wife whilst teaching the violin. Alice Roberts was one of his pupils. She was born the daughter of Major-General Sir Henry Roberts, having lost both her parents, Alice lived with her aunts who strongly objected to the match between Alice and Edward. They considered she was marrying beneath her class and pointed out that Edward was no better than the son of a tradesman. But Alice's determination won, the couple were married in 1889. She had an unshakable faith in her husband's already outstanding ability and from the time of their marriage, Alice played a pivotal roll in his career.

By 1899, following moderate success with his early works, the reputation of Elgar began to spread. His masterpiece, Variations on an Original Theme (Enigma) was to place him firmly ahead of his musical contemporaries. His great religious work, The Dream of Gerontius - when first performed in October 1900, met with failure. However, after two further performances in Germany in 1902 the work was greeted with enthusiasm, leading to praise from Richard Strauss who called Elgar, the first English progressive musician. But Elgar did not truly flourish until after the first performance of the great Pomp and Circumstance Marches. Following upon this success, in 1904 Elgar was knighted by King Edward VII and his work was being performed in the cultured cities of Europe.

The power and beauty of Elgar's music led to amazing performances in major cities all around the world including; America, Australia and Russia. The great and the good of the music publishing industry by now believed Elgar's wonderful symphony Nimrod from the Enigma Variations, to be the equal of any of the major Beethoven symphonies.

Always a humble man, Elgar often expressed an almost child-like delight whenever he felt a tune buzzing around in his head. He was often heard to say 'Gosh, man, I've got a tune in my head'. Those 'Tunes' as he so eloquently called his beautiful symphonies, stirring marches and haunting incidental music, continue to be performed by celebrated orchestra's in the greatest concert halls in the world.

Elgar was devastated by the death of his beloved wife. Alice died in 1920 leaving Elgar 'lost' in the secure world she had organised for him. She had been his soul-mate and his guiding light throughout almost all of his glittering career. She had believed in his genius, fostering and encouraging always and neither did she ever bulk at his diverse interests; Elgar was an enthusiastic race-goer with a talent for backing losers! Other forms of relaxation included the study of chemistry, golf, cycling and strolling the beautiful, near-by Malvern Hills. Alice had been the driving force behind him, now saddened by her death and the changes going on in the world, brought about by World War I, Elgar distanced himself from the trappings of fame and lived the life of a country gentleman.

Only occasionally did he journey forth from his beloved home. One such occasion was to visit Paris in 1933 to conduct his violin concerto with a young soloist named Yehudi Menuhin. It was to prove one of his final trips. After fourteen years alone, when each and every day he missed his dearly beloved Alice, Sir Edward Elgar died on February 23 1934, he was 77 years of age. He is buried next to his wife in St.Wulstan's Church, Little Malvern, Worcestershire.

Sir Edward Elgar's music has transcended periods of unpopularity. To-day, his music is enjoyed in every corner of the globe and, he himself is revered as a composer of music that is wholly English, encompassing English sentiment and English pride. You only have to listen to the masses gathered in The Royal Albert Hall on the occasion of The Last Night of the Proms, their rendering of Land of Hope and Glory, tells us that this indeed is true. He would have been humbled, but very, very proud.

Birchwood in Broadheath, is now a museum where many exhibits to do with Elgar's life are on display. Among these are paraphernalia to do with his compositions and the honours bestowed upon him, including The Order of Merit presented in 1911. There is an 'Elgar' trail, taking in local places associated with him during his lifetime.

Other famous people alive at the time of Edward Elgar