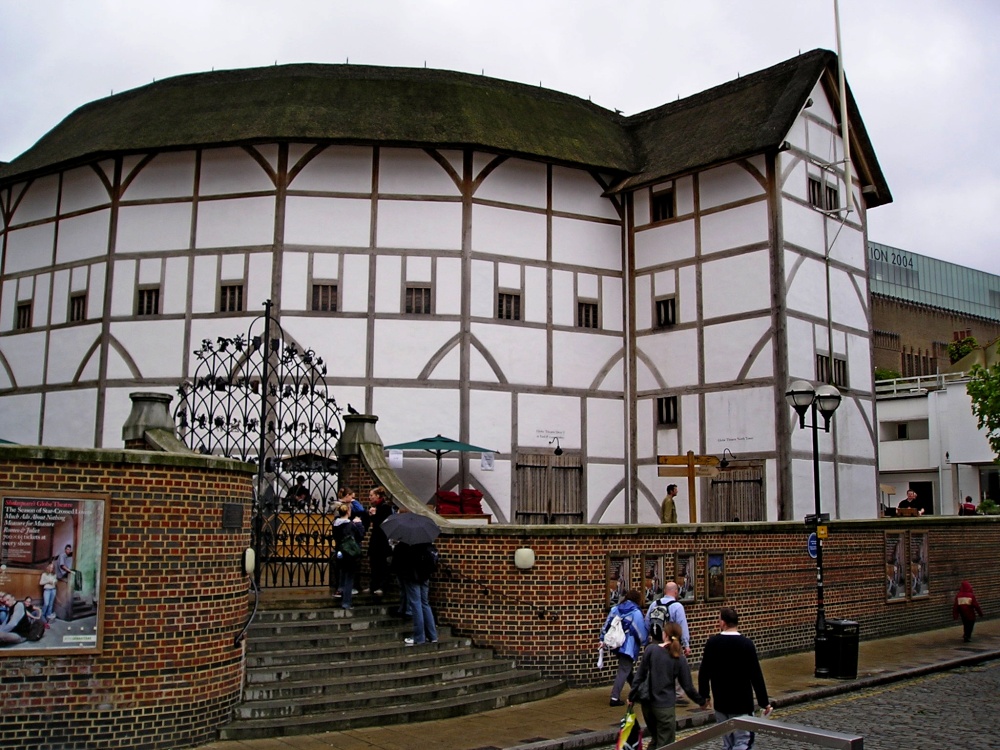 Shakespeare's Globe is a reconstruction of the Globe Theatre, an Elizabethan playhouse for which William Shakespeare wrote his plays, in the London Borough of Southwark, on the south bank of the River Thames. The original theatre was built in 1599, destroyed by fire in 1613, rebuilt in 1614, and then demolished in 1644. The modern Globe Theatre is an academic approximation based on available evidence of the 1599 and 1614 buildings. It is considered quite realistic, though contemporary safety requirements mean that it accommodates only 1,400 spectators compared to the original theatre's 3,000