a Cathedral in the town of Guildford, in the county of Surrey 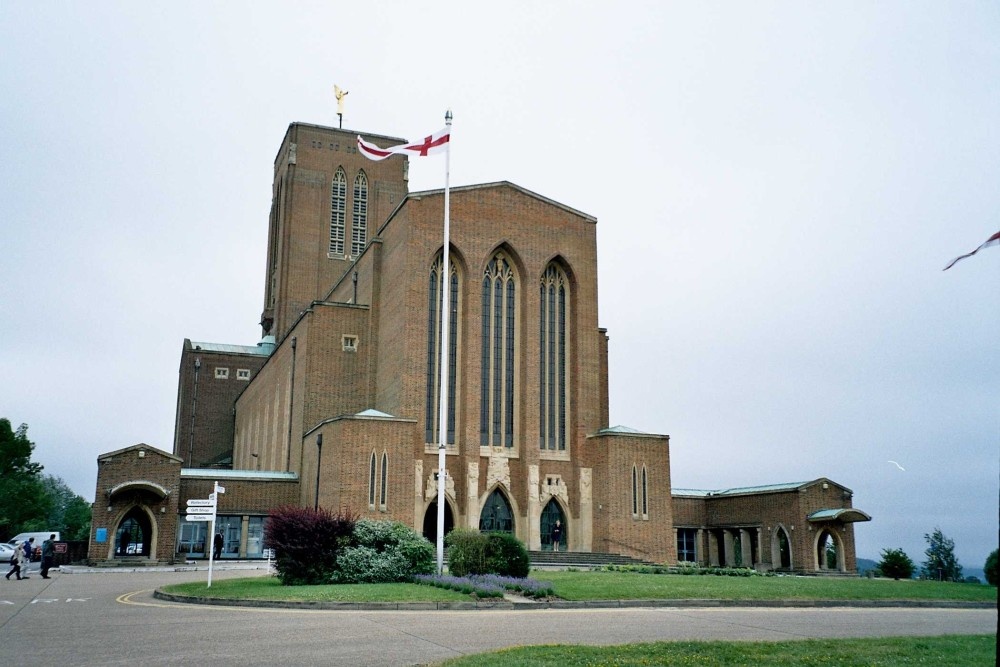 This great Surrey cathedral is one of the few churches to come out of the 20th-century. Its design by Sir Edward Maufe had been accepted in 1932, but the building was held up by the Second World War, therefore it was not completed nor consecrated until 1961.

The building is of russet brick with stone dressings, it is in a simplified Gothic style and shows decorative work and fine sculptures, most notable is the statue of St.John the Baptist by Eric Gill, this is found outside the south transept. Other work by Gill can be seen around the circular east window. There impressive sculpture to be seen is that of Vernon Hill, and the font is by Alan Collins. Much of the splendid stained glass is the work of two women artists, Moira Forsyth and Rosemary Rutherford. There is some engraved glass by John Hutton, who was responsible for the magnificent glass screen in Coventry Cathedral.

Great dapples of light streaming through the windows dance across the white Italian marble floor and against the elegant columns, giving the interior of the building a feel of lightness and space. This is a church without the trappings of history, yet it still has much to interest the visitor. It is perhaps exceptional in the fact that it was built in a commanding position on land that was once hunted by the Medieval Kings and Queens of England.

There is a cathedral shop and a restaurant. 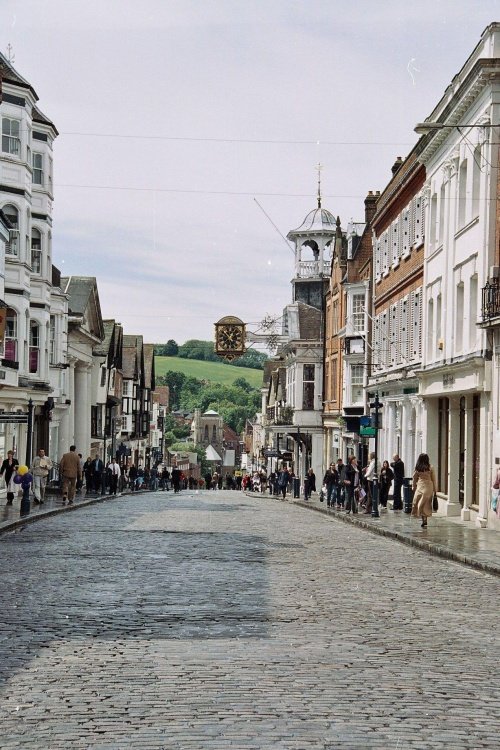 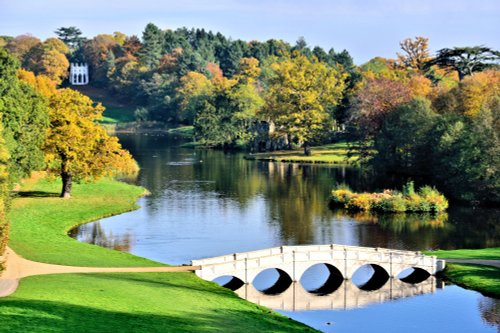 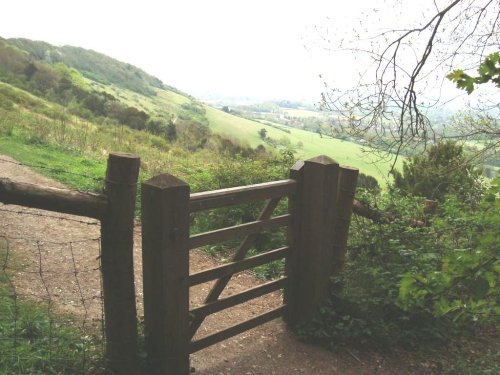