a Abbey in the town of Maltby, in the county of South Yorkshire

The evocative remains of Roche Abbey rising from a landscape laid out by Capability Brown present an awe-inspiring sight, especially what is left of the church, for amazingly these walls almost reach what was once their full height, dwarfing the remainder of the abbey layout.

Visitors to the building are often overwhelmed at the loneliness of the countryside in which the abbey sits, but are impressed with the towering walls showing graceful French-influenced early Gothic architecture from when Roche Abbey was first established as a Cistercian monastery over 800 years ago.

The ruins can be found close to the small rural Yorkshire town of Maltby, around seven miles away from Rotherham. 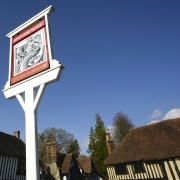