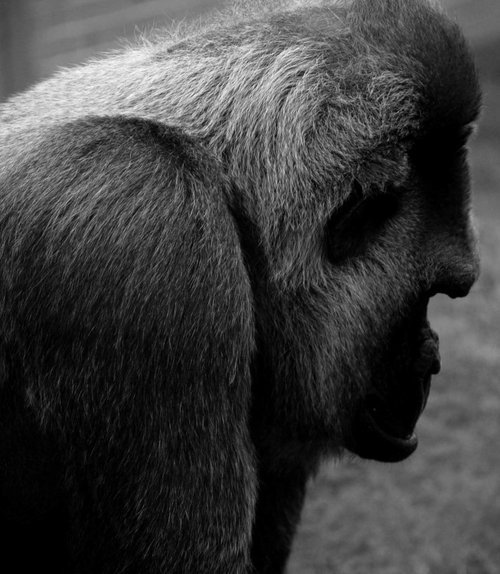 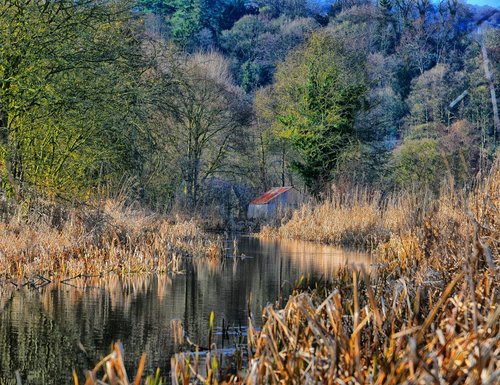 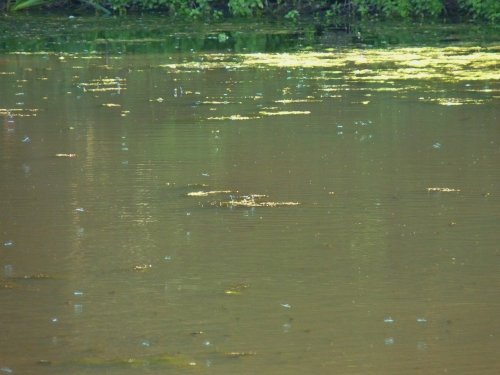 a National Park in the county of Somerset

A castle perched high above the sea dominates the north-eastern corner of Exmoor. For hundreds of years Dunster Castle has stood at the mouth of the beautiful Anvill valley, peering over the distant waters of Blue Anchor Bay reminding you of the days when this once great fortress, kept look out for marauders slipping past Bridgewater bay heading for the mouth of the Severn and Bristol Docks. Those days, are long since gone and Dunster Castle, home of one family for over 600 years, is open to the public. It is a wonderful treasure chest and has lovely sub-tropical gardens.

One of Exmoor's special blessing's lies in its beautiful coastline of rugged cliffs that extend from Porlock to Lynton. These precipitous rugged cliffs have been carved by the storm ridden seas of centuries, and provide an awe-inspiring back drop for the tumbling surf of a glistening ocean. In the hinterland behind the coast, Exmoor is revealed in all its enchantment; it is a glorious mixture of soft green valley's, deep combes, dark, brooding moorland and thickly wooded forest, finely strung together by a sprinkling of gently flowing streams and spirited rivers winding through hill and valley, often culminating at the sea.

Amid the land there is a smattering of peaceful towns and ancient villages, some of which have inspired artists to paint magnificent pictures, and writers to tell us stirring tales of dark deeds and romance, such as R.D.Blackmore's, famous novel, Lorna Doone. Not only does the plight of Blackmore's tragic couple captivate all who read the book but it perfectly reflects the powerful, upland scenery in which it is set. Badgeworthy Water, featured in the book as the home of the Doone's, is probably one of Exmoor's loveliest valley's. It is high, sometimes spartan moorland, rising above gorse and tree clad hills that give it a gloomy, daunting appearance. A short distance away from Badgeworthy Water is the village of Oare. Interestingly, Blackmore, whose father was vicar of the parish for almost forty years, chose the village as the setting for Lorna Doone's wedding. The church commemorates R.D.Blackmore and both village and church attract followers of the book.

Dulverton, is a true Exmoor gem, it was mentioned in the Domesday Book of 1086 and can trace its history back to Saxon times. It is a lively town of winding, medieval streets crammed with attractive buildings and interesting shops, galleries and inviting little cafe's and inns, all of which you may have noted in the recent film 'Land Girls' for which Dulverton was the setting. Amongst the towns' many attractions it has an excellent Heritage and Arts Centre. Dulverton, with its long tradition of welcoming visitors throughout the ages, makes an ideal and interesting base from which to explore the magic and mystery of Exmoor.

Part of the magic of Exmoor lies in the beautiful Ponies that colonise across the national park. Exmoor ponies are a hardy breed who have for centuries survived in a harsh and sometimes treacherous landscape. These fascinating, half-wild creatures have gentle looks and a willing nature, they are descended from wild horses domesticated by the Celts of pre-Roman times and are now conserved as a 'rare breed'.

Wimbleball Lake, lies like a jewel, shimmering amidst rolling moorland and thickly wooded areas. It is to the south side of the moor, cradled in the shadow of Haddon Hill and is Exmoor's largest reservoir. Well stocked with rainbow trout, the lake is a major fishing attraction, it is also an ideal place for bird watching, with herons, kingfishers, buzzards and kestrels to be seen on the shores of the lake. Many other birds can be spotted in the dense woodland where way marked walks show many species of wildlife, including Deer, seen in the clearings beyond the woods. Rare flowers, herbs and plants survive in glades beneath the spreading, lofty treetops. It is a tranquil scene, enlivened by watersport enthusiats who flock here for windsurfing and canoeing. Wimbleball Lake is a place with something for every family member.

The diversity of Exmoor is endless and shows in its ancient farmsteads, historic buildings, old churches, and tiny villages such as Brendon, a showpiece village of thatched cottages set on the banks of the River Lyn. A medieval bridge spans the river and the lovely old church of St. Brendon has amongst its treasures, not one, but two fine examples of a Norman font. Add to this the magnificent coast; there is not much to beat the splendour of the spectacular scenery around Combe Martin where Little Hangman rises over 700ft above the sea, only to be over shadowed by The Great Hangman which rises to a height of over 1,000ft and gives stunning views in all directions. In the far distance, froth tinged waves take on a golden glow from the rays of a swiftly setting sun. In the spring the wide sloping curve of woodland sweeping upwards from Countisbury Bay becomes a riot of colour as wild rhododendrons burst into bloom, rivalling the exquisite views across the Bristol Channel to the coast of Wales. A great peace descends upon this special place, broken only by the shrill of the gulls and the gentle lap of the waves below.

Exmoor National Park offers so many pleasures-those illustrated are but a few, there are attractions to suit every age and everyone; There are splendid Reservoirs and Nature Reserves, a Falconry and Animal Park, the West Somerset Steam Railway, Exmoor Zoo, Museums, a Brass Rubbing Centre, Ancient Sites and Monuments, Castles, Historic Houses, River and Sea Fishing Trips but the best treat of all has to be Exmoor's wealth of wildlife and the incredible sight of grazing Deer and shaggy Exmoor Ponies. 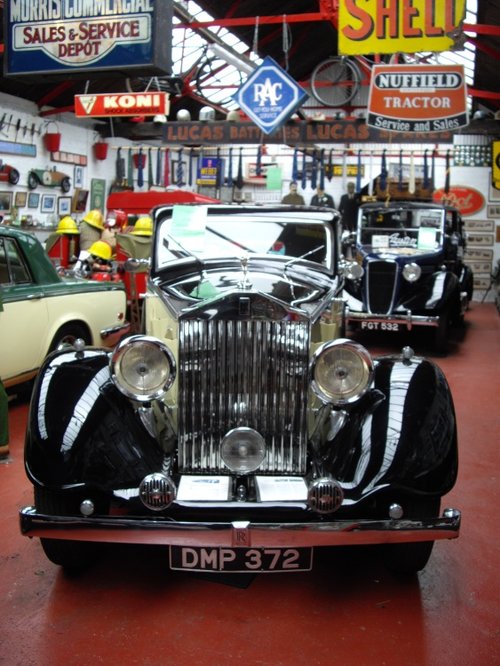 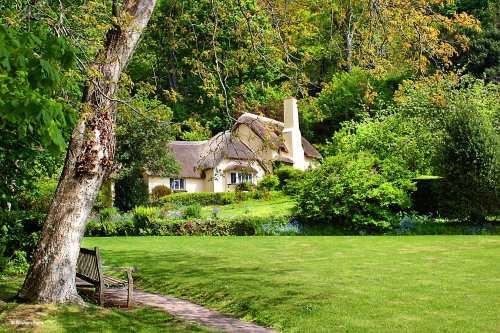 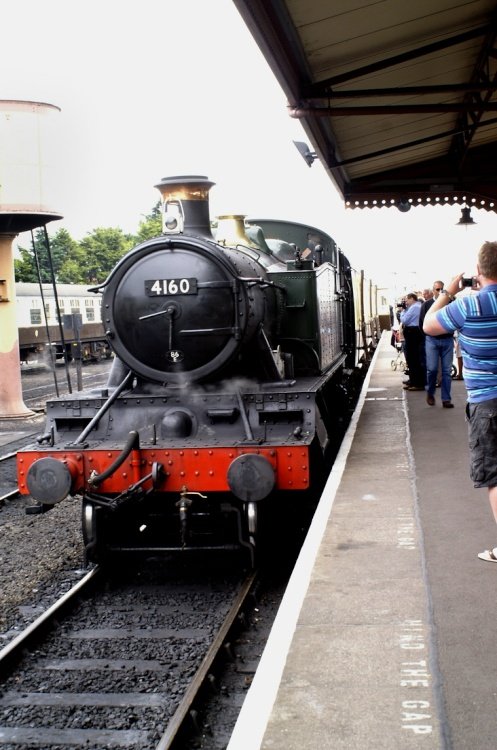 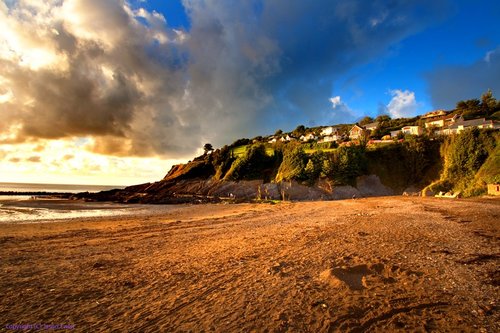