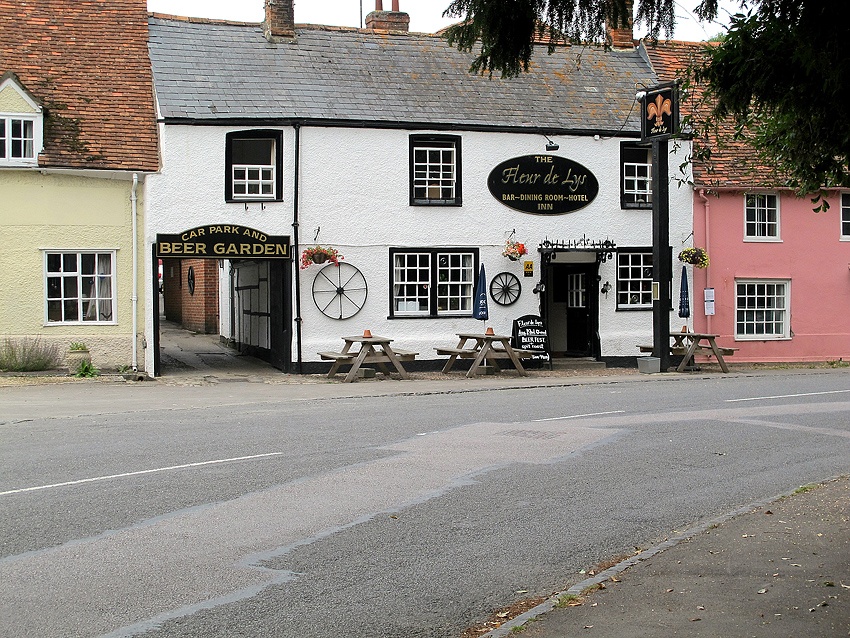 Take a picture tour of Dorchester-on-Thames...

This is a delightful village set beside the River Thames at a point where the historic river is joined by the lesser known River Thame.

The village is renowned for its Abbey Church of St.Peter and St.Paul, a place of worship for more than 1300 years. It is one of the largest churches in Oxfordshire and is believed to stand on the site of a former Saxon Cathedral belonging to the 7th-century. The church we enter today is the only remaining part of an Augustinian Abbey founded in 1140.

The church has a somewhat unpretentious exterior which is more than compensated for by an interior showing an exquisite mixture of Norman and Gothic Church architecture. The most interesting features of the church are the three windows in the choir which date from the 14th-century. The window in the north aisle represents the Tree of Jesse, here there is a highly unorthodox use of stone and glass, as the designer sought to use the stonework to suggest the branches. The large east window has a buttress down the middle, and in the lower part of the south window there is a vision of a funeral procession.

Other interesting church features include the cast lead font from 1140, and the magnificent ornamental canopies over senior clergy seats, there is also a stone carving of a crusader.

In the medieval guest house adjoining the abbey there is a museum where visitors can see a window commemorating Sir Winston Churchill. A bright tea-room serving home-made cakes and light snacks makes a pleasant resting place for refreshment.

Past history reveals this may have been a Saxon Cathedral town, it is also known to have been a Roman station. Today, it is a pretty place, with nice shops and pleasant walks along the river paths where it is fun to watch river life and enjoy the entertainment provided by the rich wildlife habitation.