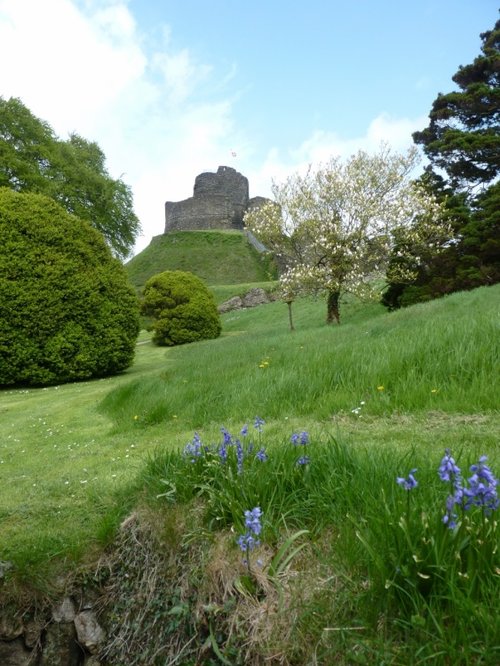 This pretty, hilly market town has picturesque narrow streets which are fortunately by-passed by the motorist, thus the town retains its old-world character.

Launceston possess remnants from its medieval era. It has arches from the South Gate of the old wall, the ramparts of a 13th-century castle, and relics of the 12th-century Augustinian priory. Strolling through the town reveals a wealth of interest, shops have mostly retained their original shop-fronts, and there is a wonderful variance in architecture, ranging from Tudor to elegant Georgian, and rambling Victorian properties. The town museum is housed in Lawrence House, it can be found in eye-catching Castle Street, and shows not only the history of Launceston but has a display of romantic Victorian costume.

One of the treasures of the town is the beautiful Church of St.Mary Magdalene, it is famous for the lavish carvings completely covering the exterior walls. The date of the church is thought to be around 1524.

The imposing White Hart Hotel can be found in the attractive Square, and the architecture of the Eagle House Hotel is worthy of note. In the old Medieval part of the town you can find the atmospheric Bell Inn, the Westgate, and the Launceston Arms. All are full of character and are warmly welcoming.

Away from the town the countryside is mostly traditional farming country and rolling moor-land. Valley woods, streams, hills and hedgerows, flecked in summer with vibrant poppies, the fragile pink flowers of the sturdy foxglove and many other wild and beautiful sweet scented plants, are a feature of the countryside.

Launceston is but a mile away from the Devon border, in a region famous for its many quiet little hamlets and glorious villages, aglow with the cottages of yester-year. It is a peaceful, tranquil area, close to the dramatic scenery of Bodmin Moor, and Daphne du Mauriers' Jamaica Inn.

There is a restless beauty about this stunning region, it has constantly changing vista's, the beautiful stone of enchanting houses glows in the warmth of the sun, yet the isolated moors covered by swirls of mist reveal a dramatic landscape that has been the inspiration of writers and artists for centuries.

Launceston and its beautiful region offers an ideal base for exploring this lovely part of Cornwall and Devon.
Take a picture tour of Launceston | Launceston accommodation
Add to favourites
Share the beauty of England..