a Castle in the town of Lydford, in the county of Devon 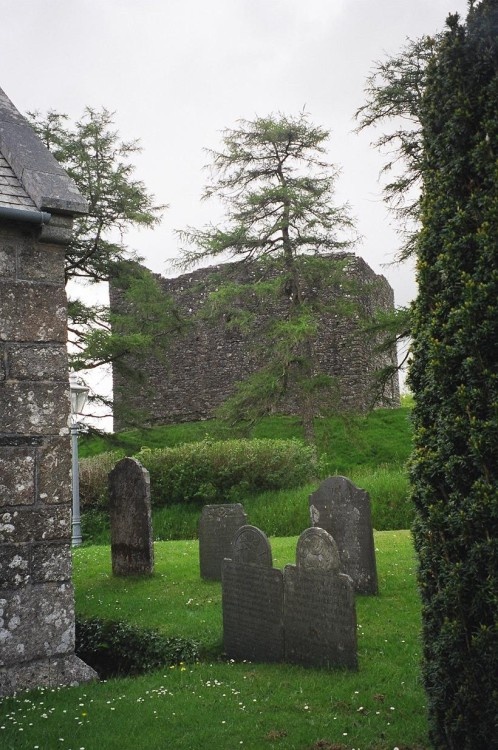 A simple square keep is all that remains of Lydford Castle. The castle, standing on a small mound in the shadow of the church has dominated this secluded village ever since it was built in 1195.

This is one of two castle's which once occupied a site at either side of St. Petrocks church which is located at the south-west corner of the village. The early castle was built soon after the Norman Conquest of 1066. In those days it must have looked somewhat spectacular with its impregnable walls standing loftily above Lydford Gorge. Nothing now remains of this, save for earthworks, but for the stunning views alone, the site is well worth a visit.

The keep of the present castle is interesting, part of the building appears to exist beneath a grassed mound, thus what is left of the roofless keep rises to show walls that are exceedingly thick on the lower ground and less so above. Looking at the outline of the castle, parts of which can be identified behind the keep, you can immediately see what a daunting place this must have been for those incarcerated during the time the castle was in use. During the Middle-Ages, it was used as courts and as a place of imprisonment for offenders against local forest and stannery laws.

Lydford Castle is in the care of English Heritage and can be viewed at any time, despite the fact that it is difficult to negotiate this depleted castle is well worth exploring. It gives tremendous views of the seething waters of dramatic Lydford Gorge, and is evocative of a time when tin miners ruled the region.