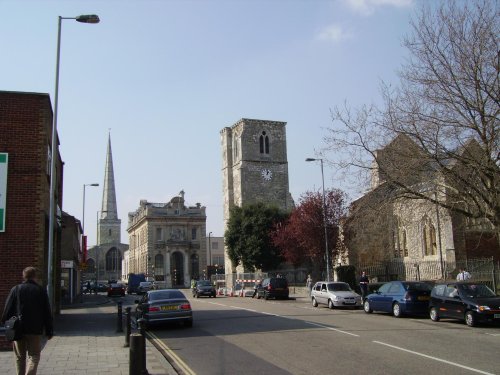 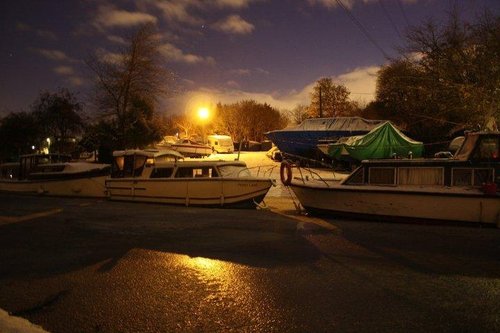 It is often said that the church is the heart of any village community; and in the case of the church of St. Mary the Virgin in the Northamptonshire village of Woodford, never a truer word has been spoken.

In the spring of 1866 it was deemed necessary that much-needed repairs were required to the fabric of the 13th century building and that they should commence without delay.  Unaware that they were about to unmask a mystery that had lain hidden for centuries, the builders began their restoration work.

At some point during the repair process, an old beam supporting a section of an ancient stone archway on the north side of the nave had to be removed.  It was then that the builders made a startling discovery.

Removing a piece of broken masonry, brought to light by the removal of the underpinning beam, a small recess was revealed.  Reaching inside, one of the workmen touched something that, from its texture, led him to believe that he had found an old, discarded bird’s nest.  Pulling it out he let it fall to the stone floor where it shattered into countless pieces.

On closer inspection of the object it transpired that it was only an outer shell that had shattered, a fragile wicker container, revealing a small bundle wrapped in a length of course cloth.  In the hope that they had stumbled upon a hoard of long lost treasure, the cloth was quickly unwrapped.

But it was not a cache of gold and silver coins that the men had unearthed - but a mummified human heart!

News of the gruesome discovery spread like wildfire through the hilltop village and the inhabitants flocked to the church with identical questions in mind.  ‘Whose heart was it?’  ‘Why had it been sealed up inside their church?’

A couple of women however, as the village folklore relates, knew the answers to the questions, and were only too willing to tell their stories to anyone who would listen.

One of the women told how, on one particular occasion, she had a brief encounter with a ghost inside the church.  She had been arranging a posy of wild flowers when her attention was drawn, by some slight movement, to the area of the altar.

Rooted to the spot through sheer fright, she watched as a figure dressed in the dark robes of a monk, approached the altar and proceeded to kneel and pray.

Somehow she found the courage to flee from the church and went in search of the priest.  When the pair entered the church, the ghostly figure had disappeared.

The tale of the second woman was similar to that of the first, though there was a slight difference.

She had been dusting the wooden pews at the back of the church when a slight movement in the otherwise stillness of the church drew her attention - as in the first story - to the altar area.  There she also saw the figure of the monk.

On this occasion however, the apparition did not stop and pray at the altar but began to move up the aisle towards the terrified woman, disappearing at the spot where the human heart had been found.

Naturally, in the absence of any other explanation, the villagers were satisfied with the suggestions offered, and to this day some villagers claim to have seen the ghostly monk in recent times.

So was the monk the owner of the heart?  Or is there another explanation?

One suggestion offered is that the heart is that of a knight born and brought up in Woodford who died fighting in the Crusades in Palestine; and that after his death his friends brought back his heart to his home-village, secretly burying it in a recess within the church wall.

Another proposal throws up the idea that the mummified heart actually belonged to one - Roger de Kirketon.

Whichever of the three explanations offered – the mysterious monk, the Crusader knight or Roger de Kirketon - is in fact true, or that some other suggestion would be equally valid, the reason for the heart being hidden in its recess will undoubtedly remain a mystery for years to come.

The heart, wrapped in its original cloth, can be freely viewed through glass by visitors to Woodford church in a purpose-built recess cut into one of the church’s supporting pillars.

A Pictures of England article submitted by Charles Moorhen