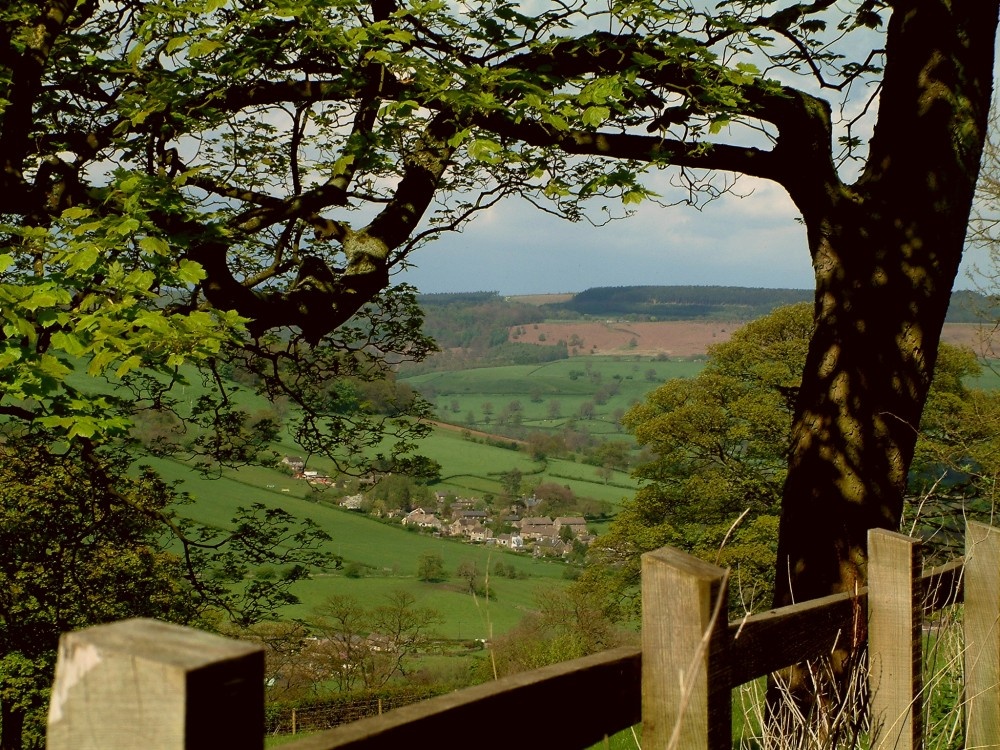 1. Ashford in the Water, Derbyshire 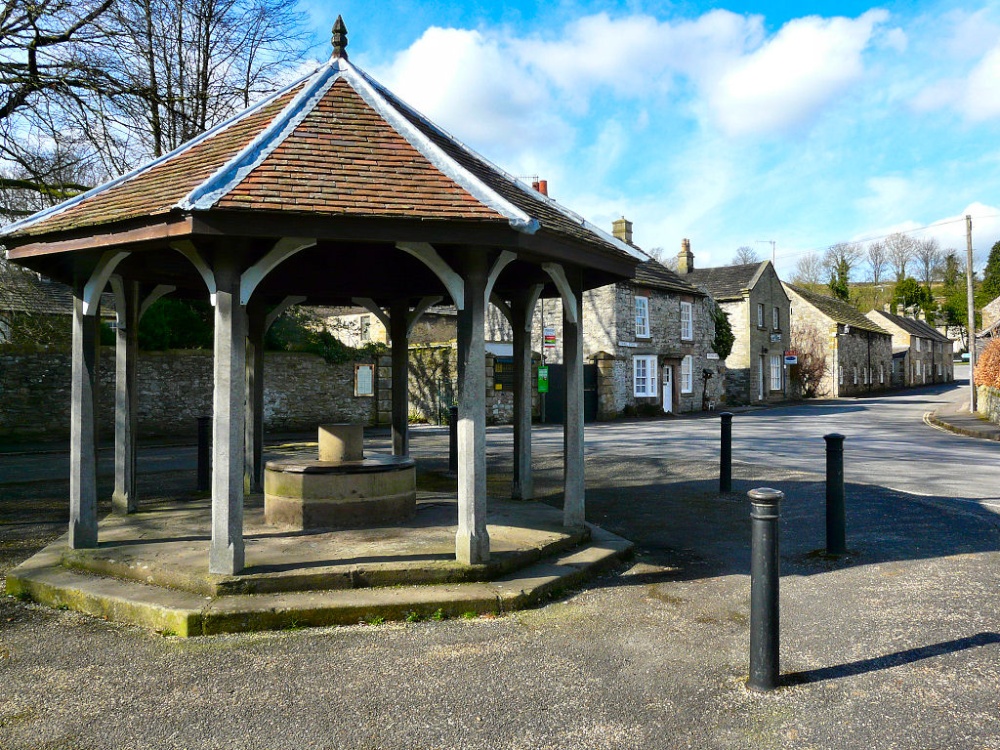 The dramatic limestone scenery of the Peak District can be seen following the course of the River Wye as it works its way from Buxton through a series of noted beauty spots until it reaches the picturesque village of Ashford in the Water which lies a short distance from Bakewell, home of the tasty Bakewell Tarts.

The beauty of the Wye is well documented but here it is made more vibrant with beautiful spring flowers growing at the waters edge beneath Sheep Dip Bridge, which is doubtless..[more] 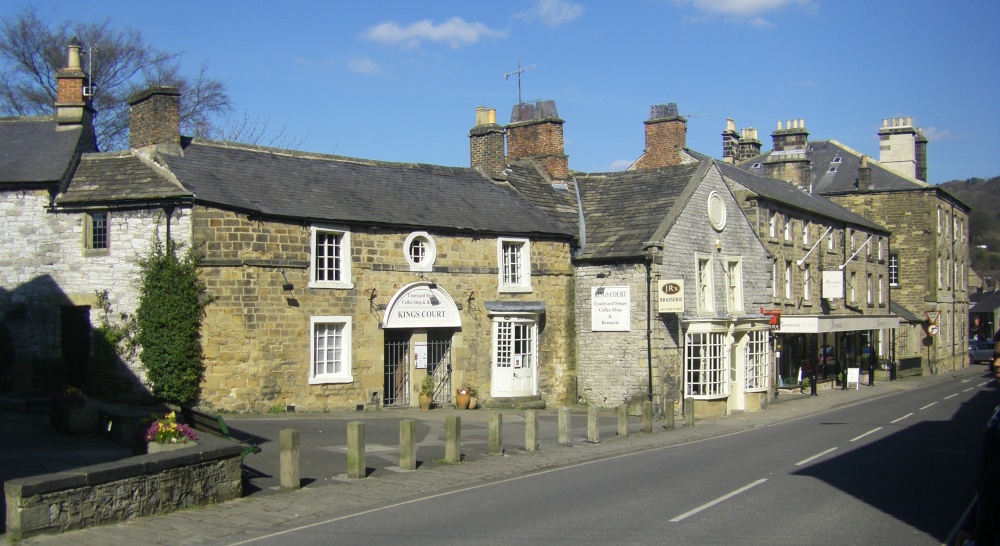 Bakewell is the largest town in the Peak District National Park. It is an old town full of glowing stone houses and buildings that lend an air of ambience and overall warmth.

Most people in the country have heard of Bakewell, quite possibly through..[more] 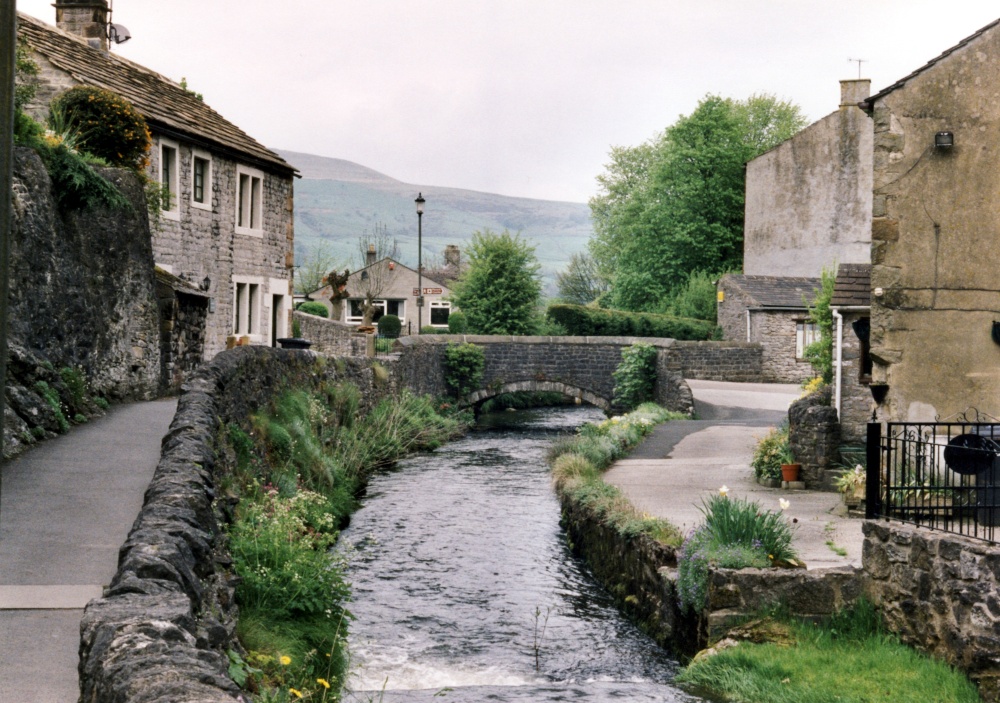 Castleton is one of the Jewels of the Peak District. It is a famous centre for caverns where you will find four of the countries most famous show caves. It is also the home of the ruined Peveril Castle, built in Norman times and immortalized forever in Sir Walter Scott's - Peveril of the Peak.

This is limestone country where the grandeur of the peaks is matched by the sheer brilliance to be discovered under-ground. Two caverns are both in Treak Cliff, these are beautiful places..[more] 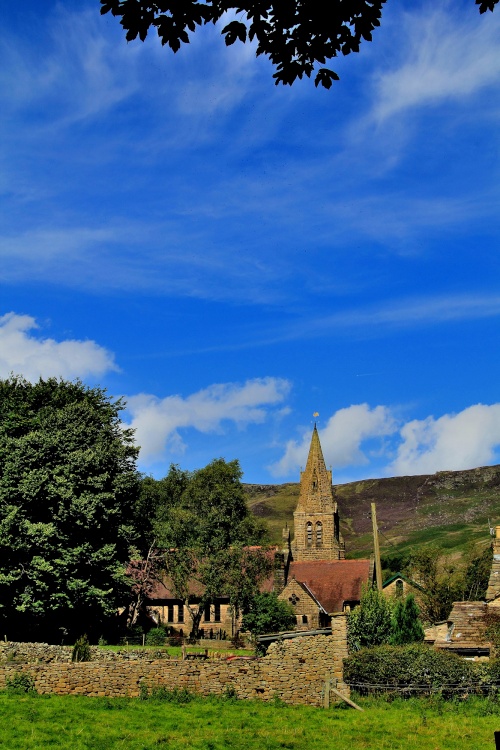 Gloriously situated in the lofty heights of the Peak District National Park, the lovely village of Edale is the start for the torcherous 250 mile trek along the Penine Way to Scotland. The village is in outstanding countryside wedged between the towering limestone peak of White Peak and the gritstone, Dark Peak, it is a landscape of unimaginable beauty and splendour. The village streets are lined with ancient cottages and houses of differing styles but built with the uniformity of stone as the..[more] 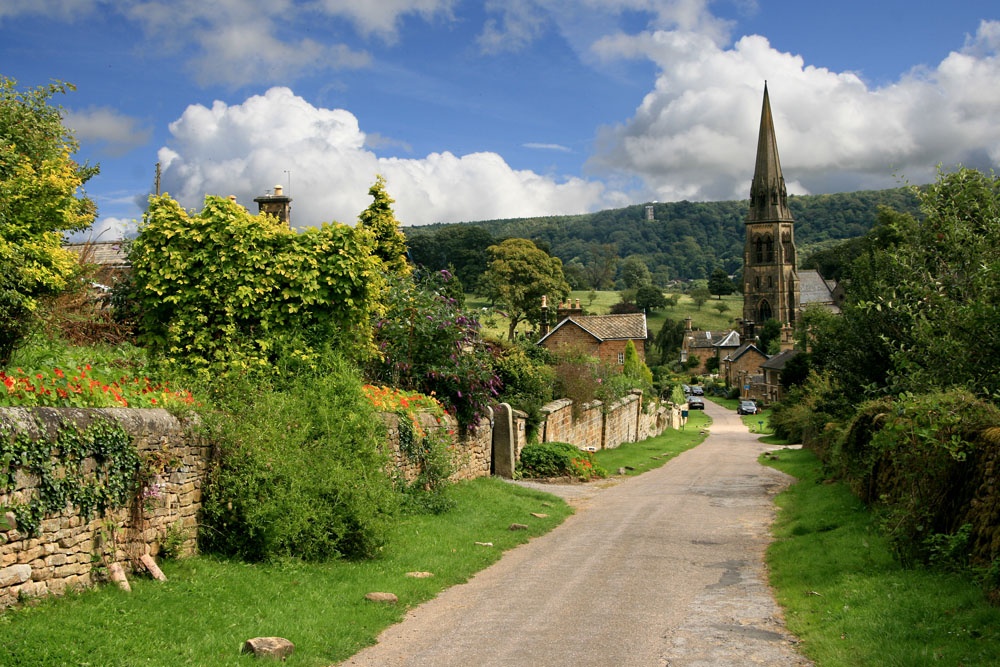 It was the 6th Duke of Devonshire who looked out of his window one day from Chatsworth House, and realised that the magnificent view of the park in front of him was blocked by a village - so he had it moved, quite literally, over the hill and out of sight.
That village was Edensor (pronounced Enzer) and the move happened in 1839 when the Duke tasked his gardener Joseph Paxton with moving the entire village (apart from one cottage who's tenant didn't want to move) to a newly chosen site west..[more] 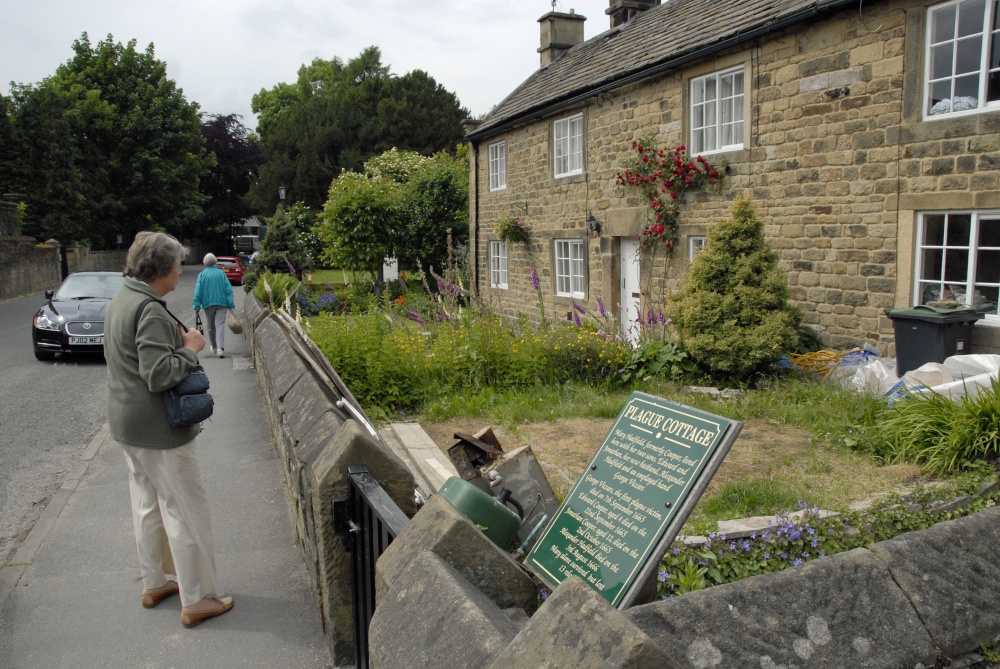 The glorious Peak District has many handsome stone villages who have carved for themselves a place in history. Eyam, was naught but a tiny hamlet when in 1665 a clothes chest was delivered to a cottage. It came from London which at the time was riddled with the Plague. In no time at all, once the chest was open, plague germs spread and almost two thirds of the village population was wiped out! The fact that the remaining villagers were saved is due to the foresight of the local rector, William..[more] 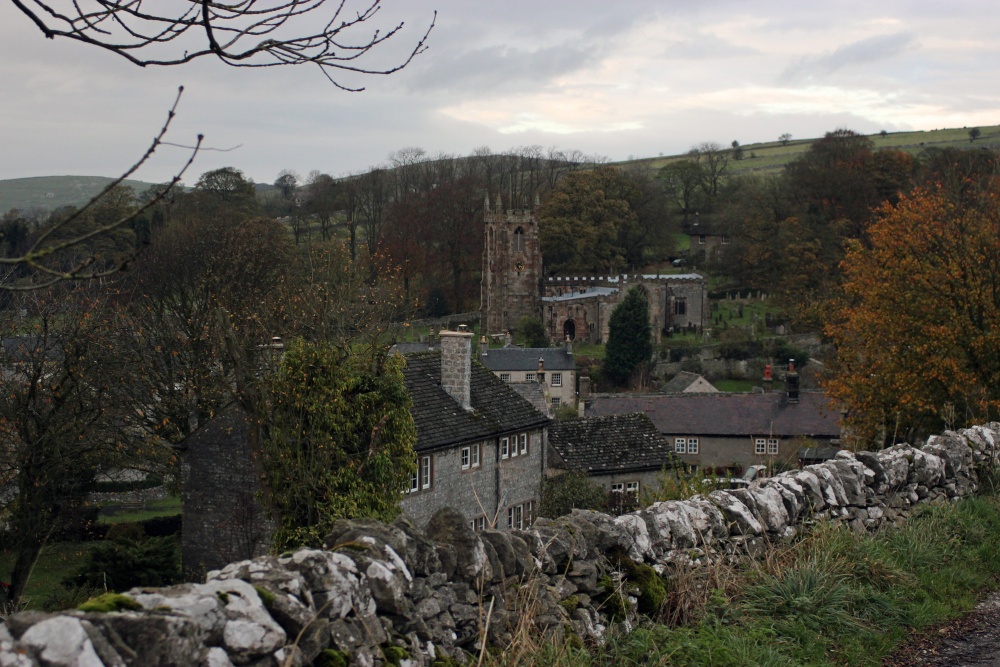 Hartington is a small village centred around a medieval market place, with attractive 18th and 19th century buildings. Amongst these is the parish church of St.Giles which stands above the market square surrounded by ancient graves and tombstones.

The village has a pleasant atmosphere, in the summer months it is a "hot spot" for tourists and walkers as there is access from the village to many of the upper Dove's most beautiful regions, including the beautiful Beresford Dale. It..[more] 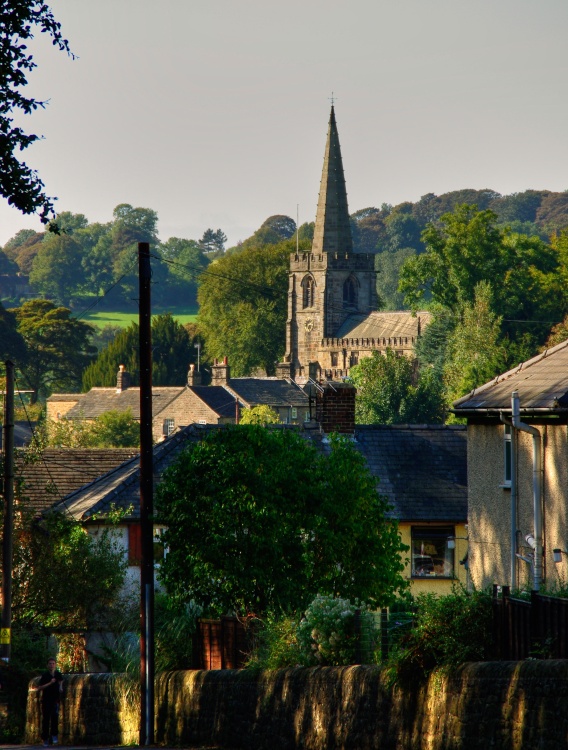 This small town set in the beautiful Hope Valley was a place often visited by the Bronte family. Charlotte Bronte stayed here with her friend Ellen Nussey in the vicarage and perhaps this is why she chose North Lees and Moorseats Hall, both of which are close-by, as settings for her novel Jane Eyre. Her desk is still kept at the vicarage, and the arms of the Eyre family are over the church porch. Inside the church there are brass portraits depicting generations of Eyres. Robin Hood's friend,..[more] 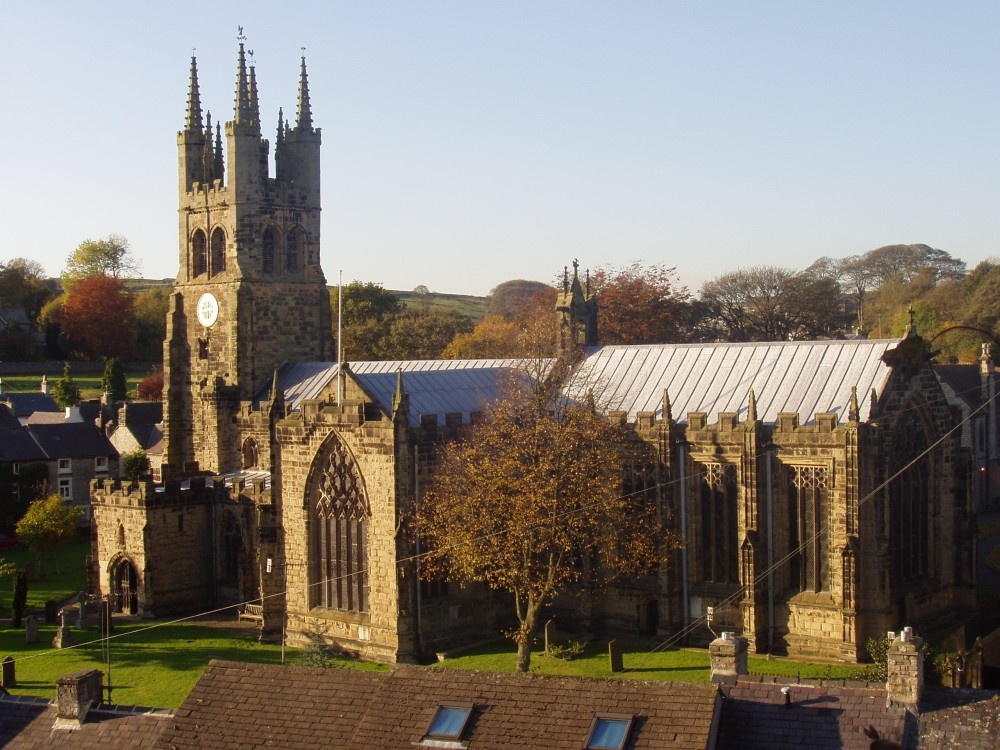 Tideswell Church, known as 'Cathedral of the Peak'. The centre piece of the village. - Image by PicturesOfEngland.com member Dave Bradwell (view gallery)

Tideswell is famous for its superb, large church, known as the "Cathedral of the Peak".

The village is a lovely, small place set amongst the limestone hills of the High Peak, and indeed its premier feature is the magnificent parish church dedicated to St.John the Baptist, which has a high, heavy, eight pinnacled Perpendicular tower, one of the earliest of its kind in England. The church was erected during the 14th century and houses a fine collection of pre-Reformation monuments,..[more] 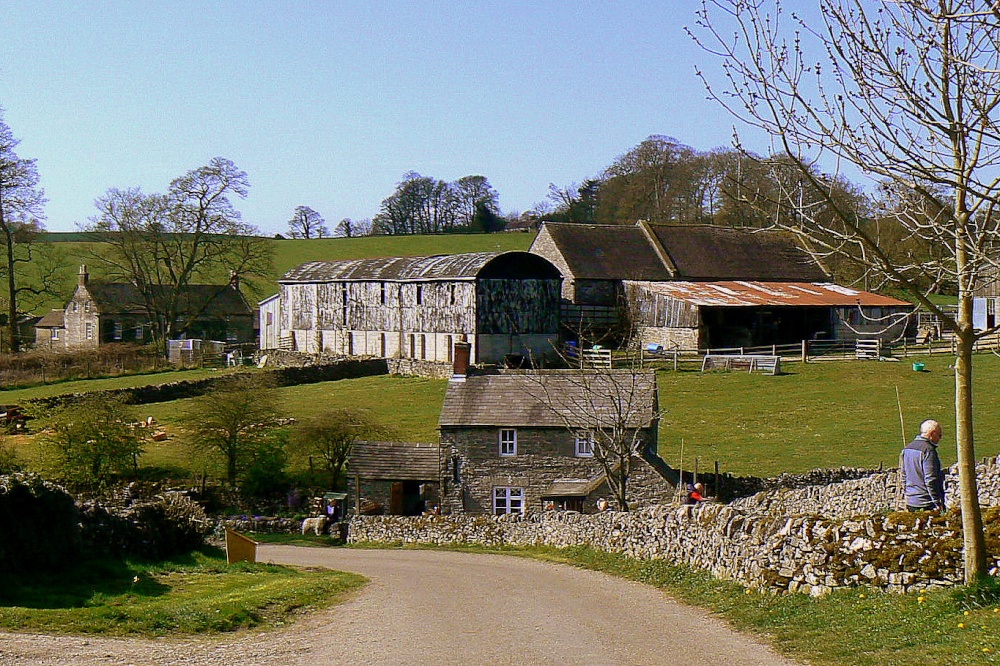 There are those to whom the ancient tradition of Well Dressing is a nothing less than a Pagan rite, and those to whom it represents a thanksgiving from the village for a safe deliverance from the nightmare of the Black Death that struck this land during the 14th-century. The good people of Tissington believe they owe their survival to the pure waters that pour from their five, now famous wells.