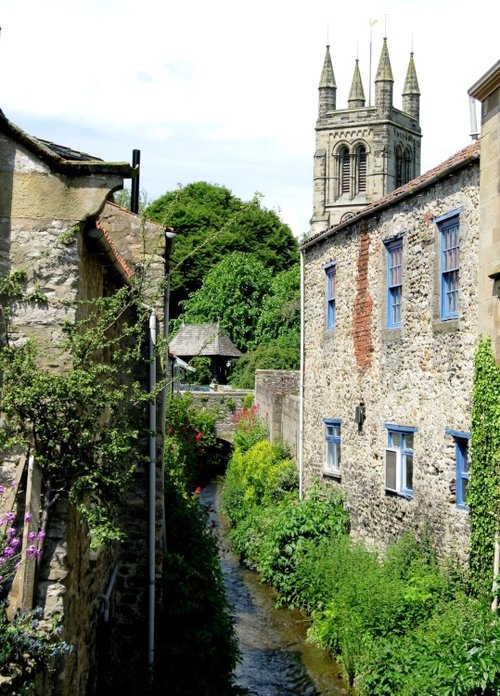 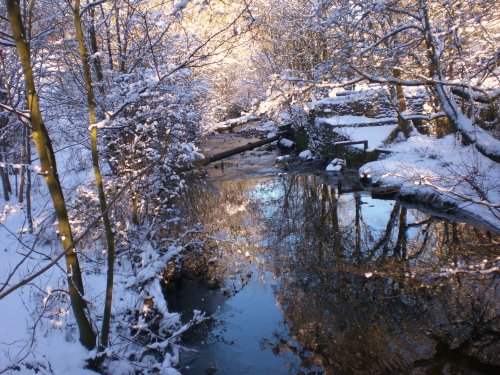 No trip to North Yorkshire is quite complete without a wonderful journey back in time along the North Yorkshire Moors Railway - The second largest heritage line in the UK and one of the Nations favourite heritage attractions.

The 18 mile stretch of carefully preserved railway will take you across some of the finest scenery in England, winding its way through the splendour of the heather clad North Yorkshire Moors and stopping off at wonderfully preserved stations nestled within the beautiful Yorkshire landscape. There are ancient towns to see such as Whitby and Pickering, picturesque villages to roam, and beautiful countryside to explore which can only be accessed by rail - All in all making for an experience that you will never forget. The Whitby-Pickering railway was first planned in 1831 by the man known as ‘The Father of Railways' -  George Stephenson (1781 - 1848)  who, backed by a syndicate, opened the 24 mile stretch of line in 1836 at the cost of £130,000.  It was first built as part of the attempt to halt the decline of the port of Whitby, which was suffering from the decline of the Whale and Shipping industries, hoping that a trade route inland would boost the ports economy.

As well as the Whitby-Pickering line, George Stephenson was responsible for many other engineering feats, such as the first public railway line in the world to use steam locomotives - The Stockton and Darlington Railway, and his world famous locomotive ‘Stephenson's Rocket' which set the standards for steam powered locomotives for many years to come. A replica of the Rocket can be seen at the National Railway Museum in York.

Once the line had been built, the first carriages to be used on it were drawn by horses, though between Beck Hole and Goathland it was found to be too steep for the horses and so carriages were winched up the track instead.  At Grosmont a  tunnel had to be cut through the rock, which is now believed to be one of the oldest railway tunnels in the world. The tunnel is no longer used by trains but is a walkthrough for visitors who wish to see the engine sheds and view the maintenance carried out on the trains.

In 1845 the railway tycoon George Hudson acquired the line for a sum of £80,000 and soon introduced steam locomotives and other improvements to the line. However, even the steam locomotives could not traverse the steep incline at Beck Hole, so an alternate route was opened in 1865 which is still in use today. The old original route is now a popular walk which is named the Historic Rail Trail.  At 3 ½ miles long the walk links Grosmont to Goathland and is well worth putting your walking boots on for.

Little changed on the line for many years, but sadly a lot of rural lines were closed in England due to the infamous ‘Beeching Report' which caused the closure of thousands of miles of railway line and stopping stations throughout Britain as the Government went about cutting costs. The author of the controversial report - Dr Beeching, declared that the Whitby-Pickering line was uneconomic and therefore his verdict sealed its fate, and as a result the line closed in 1965 after 130 years of faithful service. However, all hope was not lost and in 1967 a small and dedicated group of local people formed the ‘North Yorkshire Moors Railway Preservation Society', and through sheer determination went about saving this wonderful iconic piece of the historic British landscape. In the early 1970's the NYMRPS changed into a charitable trust and ‘The North York Moors Historical Railway Trust' was born, allowing completion of purchase of the line. They soon gained the necessary orders to operate the line, and on the 1st May 1973 the North Yorkshire Moors Railway was officially opened by the Duchess of Kent, for us all to enjoy today.

This fabulous piece of British history now carries over 300,000 passengers a year, as it passes through stunning countryside and historic landscape between the port of Whitby and the market town of Pickering, stopping at several desirable locations along the way.

The full journey between Pickering and Whitby takes approx one and half hours without any stops, though most people choose to purchase a ‘rover' or ‘all-line' ticket which allows you to pick and choose your stops or get on and off wherever you want (please check before purchase).

Stations and stops along the North Yorkshire Moors Railway

1950's station and home to the engine sheds where locomotives are often on display as they receive maintenance. This is also home to what is believed to be one of the oldest railway tunnels in the world, leading to the engine sheds and which visitors can walk through. The station also has a traditional tea room serving light snacks and refreshments such as tea and scones.

A trip into nearby Whitby is essential. It is one of England's most historic fishing villages and is very picturesque with its wonderful old cobbled streets, historic harbour, imposing abbey, and connections with the famous explorer Captain Cook. Just watch out for the vampires! The most popular stop is Goathland - A wonderful station famed for appearing in the TV series ‘Heartbeat' and also as ‘Hogsmeade Station' in the first Harry Potter film. Walk to the lovely Goathland village for a pleasant stroll or experience tea in the 1922 style tea rooms.

This small railway halt is a request stop only, and gives access to walks along the moors and Newtondale forest, with the longest walk taking you along to Levisham station. The scenery is wonderful, and the sight and sound of a passing steam train along your walks adds to the uniqueness of this wonderful area.  Access is by train only!

A lovely 1912 period station, surrounded by the peace and beauty of the Yorkshire Moors and home to the North Yorkshire Moors Railway's official ‘Artist in Residence' - Christopher Ware. Levisham is well worth a stop to either enjoy the peaceful surroundings or purchase a fine painting or two as a souvenir of a trip that you'll never want to forget.

Pickering is the popular start for most people and a delightful market town to boot. In October of each year it hosts a popular 1940's weekend, with most of the focus around the station itself. This colourful event is now becoming one of the most popular of its type in the world. Other popular attractions in Pickering include Pickering Castle and the Beck Isle Museum. Trains run every hour from each station between the months of April and October, and also selected dates during the winter months, particularly at weekends.

There is no best time of year to visit the railway,  though towards the end of August the heather blooms on the moors and is a sight to behold, being the largest expanse of heather moorland in the whole of England and Wales.

All the trains cater for wheelchairs and pushchairs. Dogs are also welcome.

Camping Coaches
At Goathland and Levisham you will find the aptly named ‘Camping Coaches' - stylish train carriages that are fully furnished as comfortable self-catering accommodation.

Nymr.co.uk - The official website of the North Yorkshire Moors Railway. Lots of information including train timetables. Essential to planning your visit.

Please Review Your Visit
If you are planning a visit to the North Yorkshire Moors Railway, please return to this website and let us know how you got on in our forum here. Any pictures uploaded to the site would also be hugely appreciated by us and our members. Many thanks. 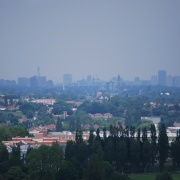