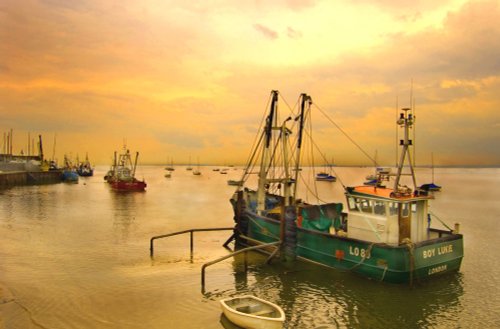 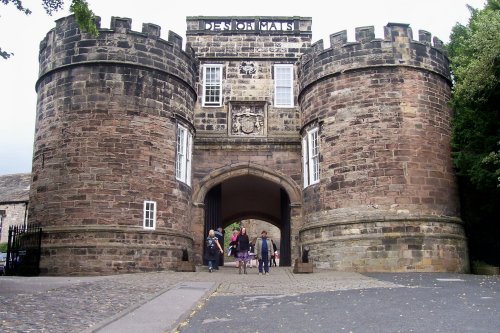 a Abbey in the town of Wymondham, in the county of Norfolk

Rising stark against the vast Norfolk skyline, the sight of Wymondham Abbey is at once both intriguing and eye-catching. It is an immense building of which only the nave arcades remain from the original Norman structure of the abbey founded in 1107. It's founder was William D' Albini, chief butler to Henry I, as a Priory linked to the Benedictine Monastery of St. Albans.

By 1448 the priory had gained abbey status, almost ninety years later became suppressed by Henry VIII's Dissolution of the Monasteries. Following this the abbey became the parish church for Wymondham.

Today, only half of the once great abbey remains. Its most outstanding exterior feature being the two distinctive towers, one at each end of the building, but both are completely dissimilar. At the eastern end of the church you can see relics and remains of parts of the abbey building, with nothing remaining of the once spectacular Quire which lay beyond the tall arch of the ruined central tower.

The north porch is the main entrance to the abbey, this dates from the mid 15th century and is built entirely of stone. Above the porch is the richly decorated north clerestory wall.

Once inside you quickly realise why this splendid church appeals to so many visitors, just once glance is sufficient to leave you breathless at its light, colour and the many treasures displayed before you. These include a magnificent font of around 1440, a glorious statue of the Blessed Virgin holding the child Jesus - this is by Sir J. Ninian Comper and was given to the abbey in 1947. There is a magnificent hammer-beam roof decorated with angels and star bosses, and in the aisle there is a superb brass chandelier given in 1712 by Elizabeth Hendry. There are also a number of monuments and brasses.

Everywhere you look there is beauty, but nothing quite prepares you for the magnificence of the Golden Altar Screen, Tester and Rood. This ambitious design was planned in 1913 by Sir J. Ninian Comper, however with the interruption of World War I the scheme was shelved for a time. It was revived at the end of the war, work commenced in 1919 with final completion in 1934. The building of the Golden Altar Screen, Tester and Rood were made possible by the generosity of a number of benefactors, the screen acts as a memorial to those who died in the first World War and the Tester and Rood were given in memory of Mrs.Clara Willett.

The abbey takes on a truly memorable feel when rays of light flood in through its great windows, high-lighting its historic treasures, dappling the beautiful stonework, polished wood, and the black and white chequered floor with ripples of light and shade. This backed by the sound of music pouring from its superb organ and its dramatic peal of bells, lends to the hallowed aura of mystique of the church.

Wymondham Abbey is a wonderful place to explore, and in which to spend a few moments of quiet reflection. It has a cool serenity coupled with a magical atmosphere, that is quite simply overwhelming. 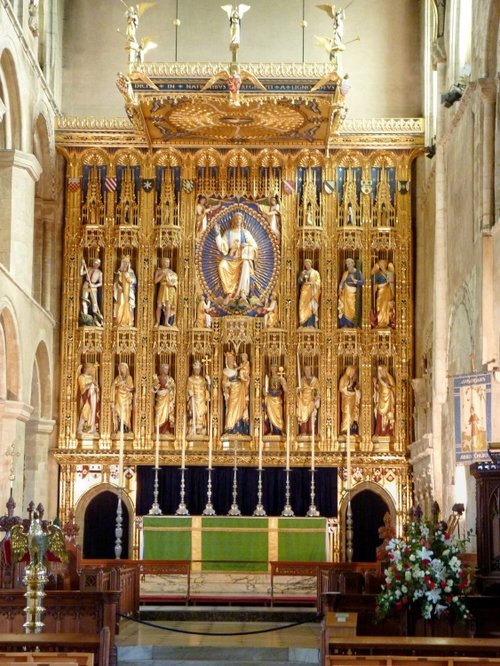 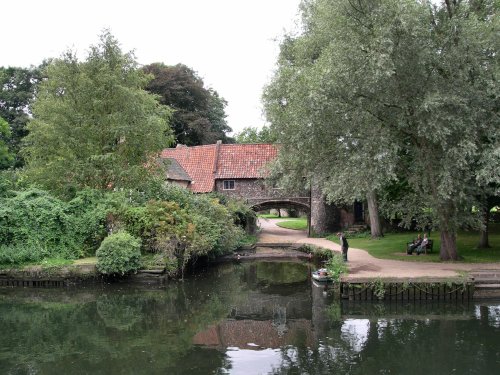 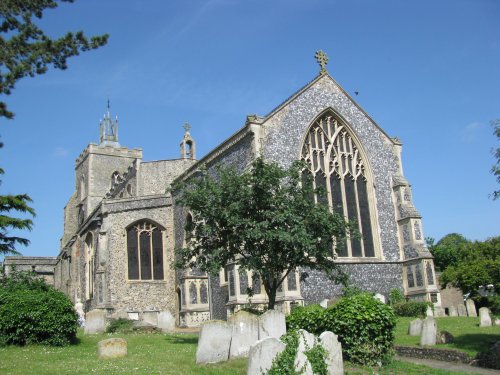 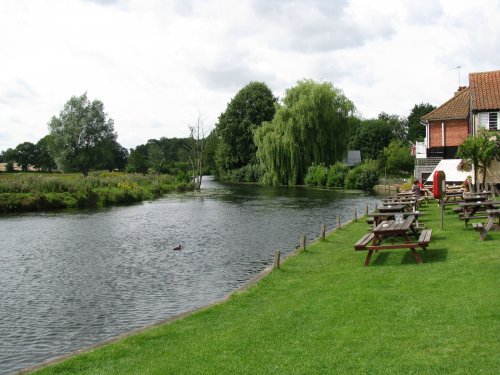