in the town of Tintagel, in the county of Cornwall 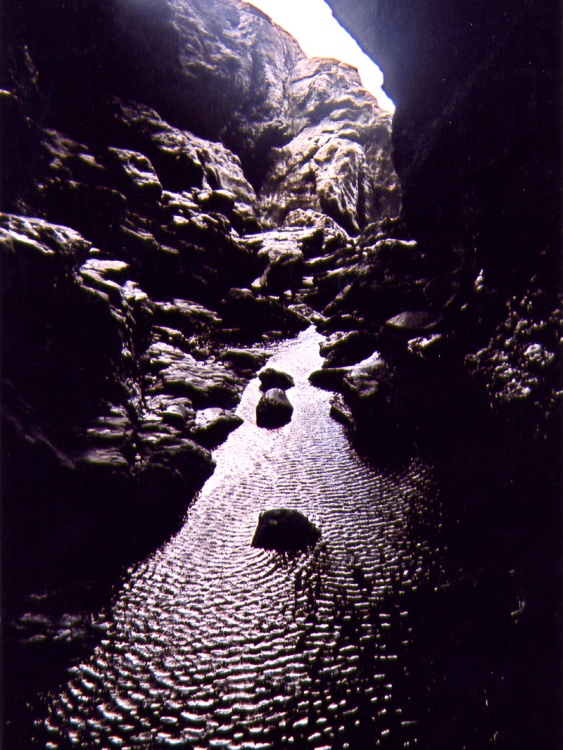 This deep cavernous black slate hole, full of eyrie atmosphere is said to be the cave where the legendry King Arthur is purported to have met Merlin, the wizard who pledged to make the boy a wise and courageous ruler.

The cave is found beside a small beach, south of The Island, where the remains of a Celtic Monastery can be seen. It is one of a number of places along this peninsula, linked to the romantic legends surrounding Arthur and his fair Queen, Guinevere. 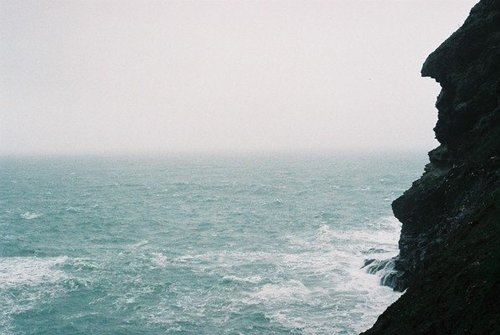 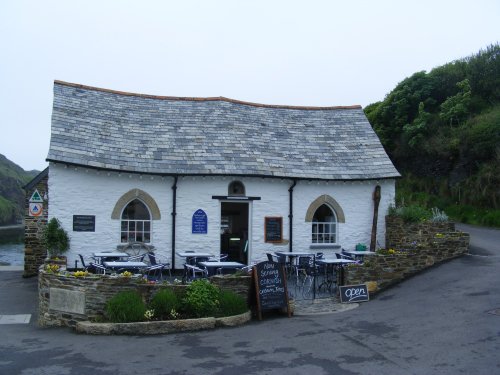 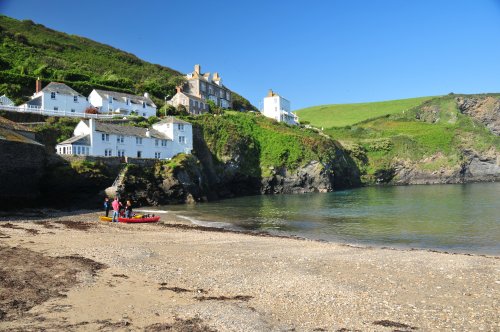