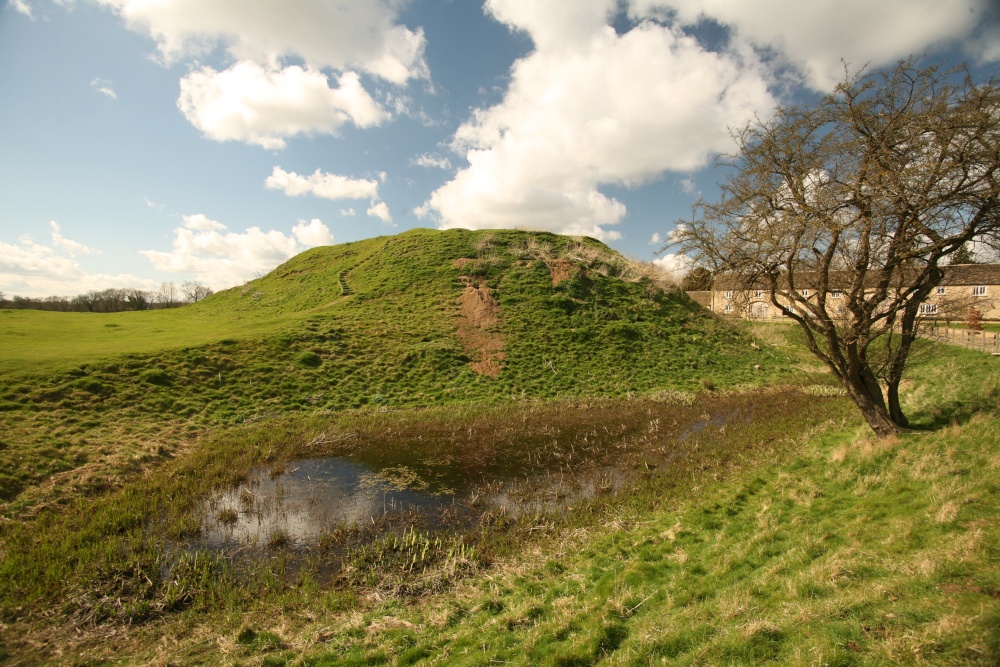 Fotheringhay is a village and civil parish in Northamptonshire . It is most noted for being the site of Fotheringhay (or Fotheringay) Castle which was razed in 1627. There is nothing left of the castle to be seen today other than the motte on which it was built that provides excellent views of the River Nene.On February 8, 1587, an event that forever changed the course of this country’s history took place. Mary, Queen of Scots, a cousin of and rival to Queen Elizabeth I for the English throne, was beheaded after 19 years in custody . The power play between Elizabeth and Mary is infamous. Less well-known though is that its finale was acted out in what is now a very quiet, tiny and unassuming village just a few miles to the south west of Peterborough. The Queen of Scots spent the final months of her life at Fotheringhay, in the impassive motte-and-bailey castle that once stood there beside the River Nene. Months later, her coffin was taken by torchlight procession to Peterborough Cathedral where it was entombed until King James I had her moved to Westminster Abbey in 1612. Her grave there is, incongruously, just 30 feet away from Queen Elizabeth’s.

Very nice scene, I like the lone tree in the shot on the right.

Well done as usual, both pic and info.

So well composed and the words add true meaning.