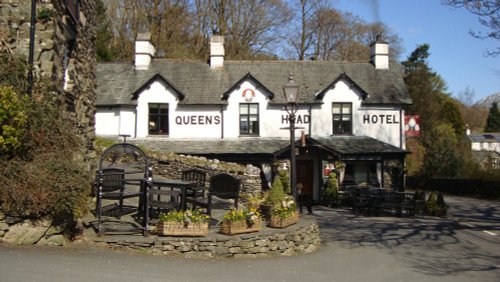 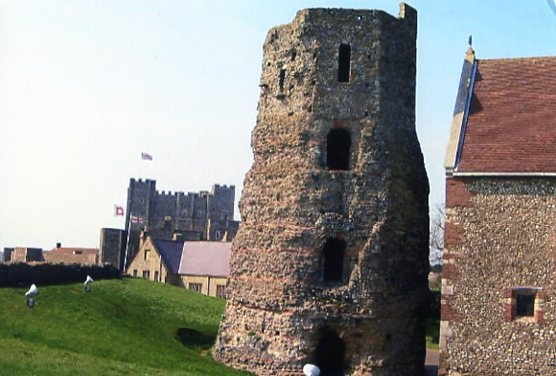 The white cliffs of Dover, the view that has stirred the hearts of English travellers for centuries, once this famous landmark was spotted English hearts beat just that little bit faster. More latterly, during the second world war, this great sandstone formation, rising over 900ft above the sea, was made famous by the war-time song, sung by Dame Vera Lynn.

Dover has a long history thought to have begun in pre-historic times and this is evidenced by a handful of stone axe's found in the area, all other evidence is thought to have been destroyed by changing sea levels. In 1951, when excavations were underway for a housing development, a Saxon Burial Ground was discovered. Many of the graves contained items of jewellery, combs, pottery and weapons. Evidence of Saxon buildings have been found in the town and the Church of St.Mary in Castro the church within the walls of Dover Castle is also said to be of Saxon origin.

The town became a Cinque Port in the Middle Ages, and recognising the need to safeguard the port a great castle was built as a defence against invasion. This castle has been called upon to defend the town at almost every turn of history, the most recent bombardments being during world wars one and two when the town was under constant threat from the channel.

By the middle of the 10th-century Dover is known to have been a fairly prosperous town with firmly established trading links with both France and Spain. From this point onwards, through-out the centuries, Dover has moved with each historic age and the town survived the burning of Dover at the time of the Norman Conquest after-which it was rebuilt only to be raised to the ground again when 10,000 French troops set the town alight in 1295. The eighteenth and nineteenth cnturies saw Dover once more defend itself against the threat of invasion from France and in 1804 defensive building began in ernest. Brick lined ditches were formed and two massive forts were errected on the Western Heights to supplement the protection given by the castle.

As with almost every other town of consequence, the Victorian Era brought great change to Dover. The harbour, always busy, was now bustling with people brought in by the development of the railways. Goods, which once were the sole provenance of an area, by the growth of the railways, were now exported not just around Britain but via the Port of Dover, to Europe and beyond. The explosion of the import and export business, plus the increased volume in passenger cross channel ferries, caused a major redevelopment of the harbour. Thus, bringing prosperity to the town and its people.

Today, the huge Port of Dover continues to welcome millions of visitors each year. The outer harbour, built for the ships of a Grand Fleet, is given over to use by passenger ferries and hovercraft carrying tourists to and thro' across the channel. The western docks provide for the massive and more luxurious Cruise liners and Dover is without doubt one of the busiest passenger ports in the world. Passengers who use this port are safe in the knowledge that a constant programe of renovation and repair ensures the docks are up to date and at the centre of safety regulations.

Not many visitors stop to see the town which is a pity for Dover has much to offer, both in the way of the pleasant coastal scenery which extends all round this magnificent coastline, and with the beautiful buildings, churches and historic properties of the town which are all well worth a visit.
You should take time out from your journey and enjoy the delights of Dover; there are good hotels, restaurants and inns. In and around the town you will find a good mixture of shops, some quaint and some modern. Other places to see are Russell Gardens and Kearsney Abbey at nearby Kearsney, the Crab Corn Mill, a fully restored 19th-century watermill and at Whitfield, Dover Transport Museum. Yes, there is more to Dover than the fabled 'White Cliffs' but it is the Cliffs that travellers from all over England remember and long to see again.
Information provided by Terri Walton
Add to favourites
Pictures Dover accommodation Historical Facts Map Upload 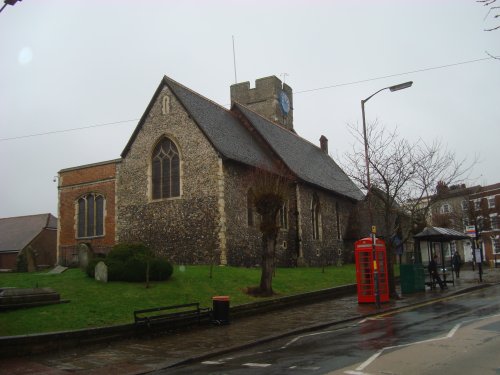 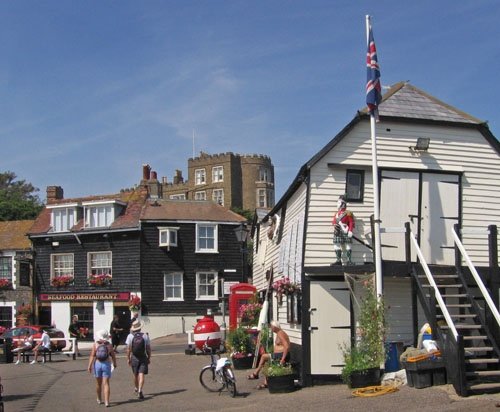