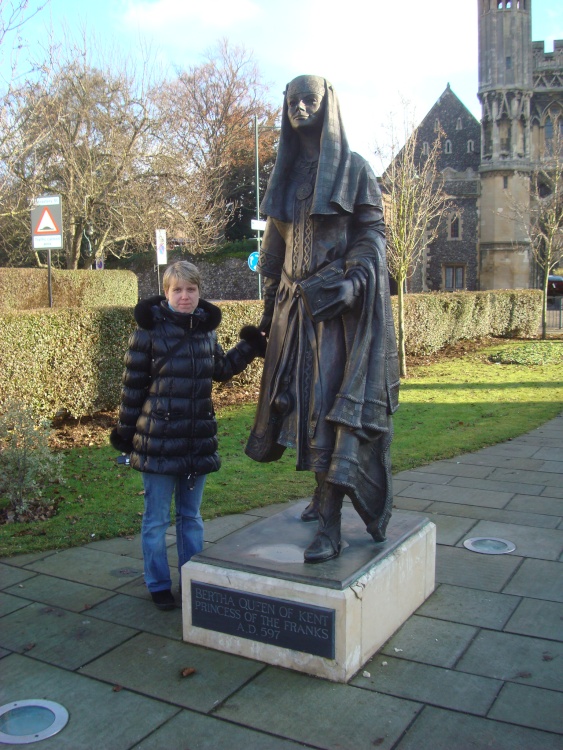 The statue of Queen Bertha

The statue of Queen Bertha

Bertha was born a Frankish princess, the daughter of Charibert I, Merovingian King of Paris in about 539. The Merovingians were Christians, and when Bertha married the pagan Ethelbert, he allowed her to continue her religion bringing her priest, Liudhard with her from France. It is thought that Bertha played a considerable role in persuading Pope Gregory the Great to send Augustine to Christianize the pagan peoples of southern England. She certainly influenced her husband Ethelbert to receive the missionaries when they arrived and to treat them well. Bertha died in 612, four years before Ethelbert, and was buried at the monastery which Augustine had founded in Canterbury.