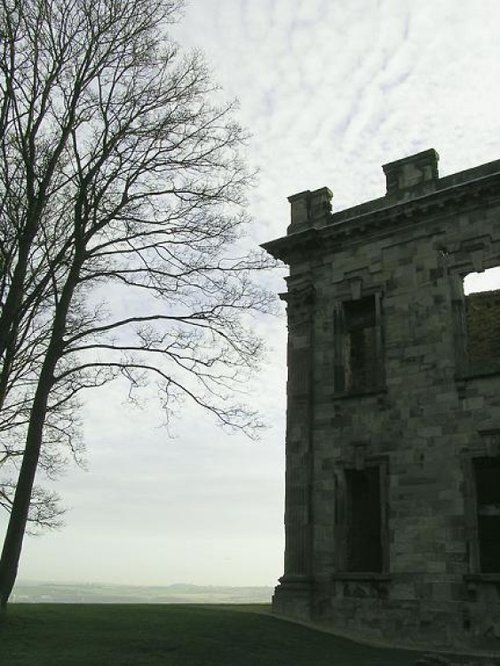 Nestled in a scenic valley along the Dorset coast, once stood the small village of Tyneham. It consisted of around 40 homes and 225 residents, most of whom made an honest living off the land or seas around, just as their families had done for generations before them.

However, during 1943 at the height of World War 2, and with Hitler's army just across the channel in France, each home in Tyneham received a 30 day order to vacate their homes, for the area was needed by the Ministry of Defence (MOD) for training purposes with the run up to D-Day.

With the Germans looming so close, some villagers were only too happy to leave, however many weren't, but accepted it as part of their duty to their country at a time of all out war, and so they packed up and left in the knowledge that one day they would be able to return to their beloved homes and village.

One of the last residents to leave the village, pinned a small note to the Tyneham Church door. It simply read:

"Please treat the church and houses with care; we have given up our homes where many of us lived for generations to help win the war to keep men free. We shall return one day and thank you for treating the village kindly."

Within a month of the order being issued, all the villagers had left Tyneham.

After the war had ended, no villager was ever able to return, for the army held on to the land and finally sealed the fate of the village when in 1948 it put a Compulsory Purchase Order on the land, ensuring that the village of Tyneham along with its small community, was lost forever.

There was some protest over the years, but nothing came of it and as the years passed by, most villagers died before ever seeing their beloved village again.

Today all that remains of their homes that once stood there are a few derelict ruins. The church however, and school (which was actually abandoned in 1932 before the war began) have been restored, and both offer a haunting glimpse into the history of the place and its community.

The school which was restored in 2013 has been returned to how it would have looked before the villagers left, with names on pegs, text books open on desks, and even writing on the blackboard. The church too has been restored and is maintained by the military, offering information and facts about the area.

Please note when planning a visit - Tyneham village and surrounding area is still a live training ground, and access to the public is only available at certain times of the year. Please check with the local Tourist Information centre as to dates when you can visit. 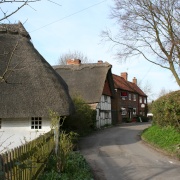