in the town of Bolsover, in the county of Derbyshire 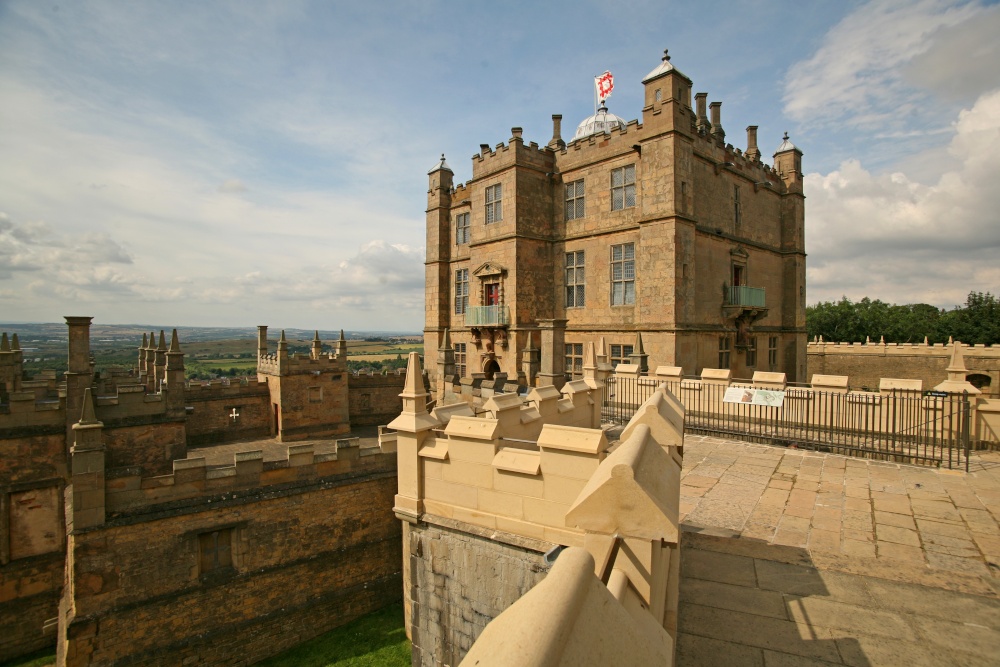 Dominating the countryside from its hilltop, Bolsover occupies the site of a medieval castle built by the Peverel family shortly after the Norman Conquest. Sir Charles Cavendish bought the old castle in 1612 and began work on his "Little Castle" project. Despite its embattled appearance, his creation was not designed for defence, but for elegant living.

A great series of shots Zbig