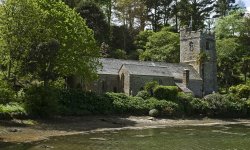 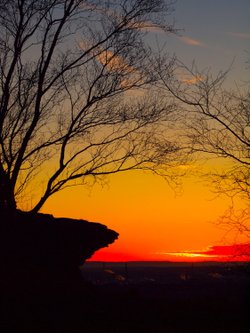 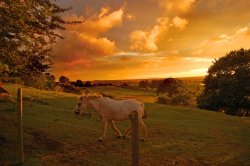 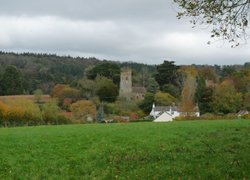 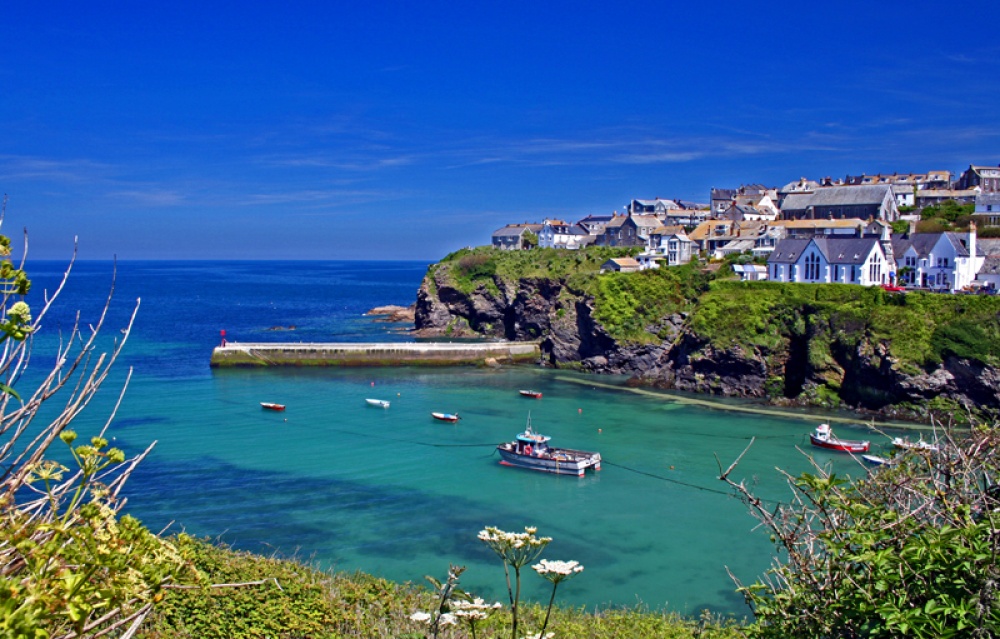 Cornwall has an abundance of picturesque Villages to explore. Here we list just 10 of prettiest Villages for you to enjoy, with links to more about them and accommodation if you're looking to plan a visit. 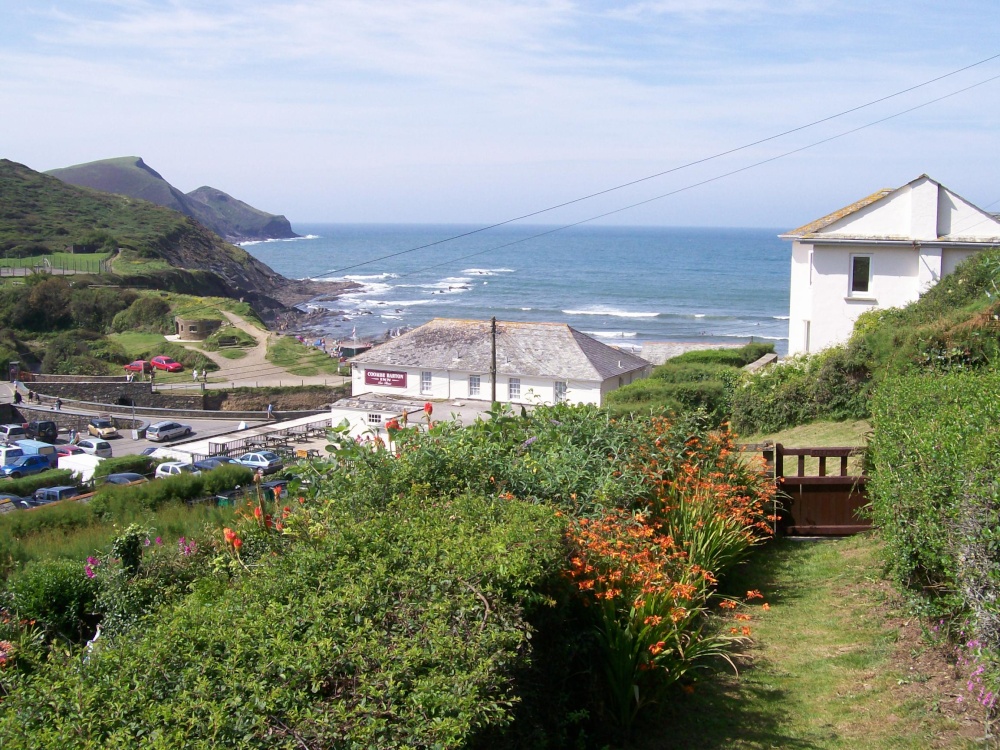 What a joy it is to learn that beautiful Boscastle is now fully restored again following the dreadful devastation caused by flash flooding during heavy rainfall in August 2004.

Boscastle is favoured with the only natural harbour along a rugged rock strewn twenty mile stretch of North Cornish Coast. Today, it functions as a holiday resort but for hundreds of years it operated as a busy port. All that though, came to an end with the arrival of the railways and it is since then the town..[more]

The Port Isaac of the 21st century is perhaps best known as the coastal village associated with the Television series "Doc Martin". In the 20th century it was featured in "Poldark" and "Nightmare Man" and it has been further seen in the Film "Saving Grace". Not bad for a busy little port known from the Middle Ages to the 19th century only as a place from which stone, coal, timber and pottery were loaded and unloaded at its quayside. 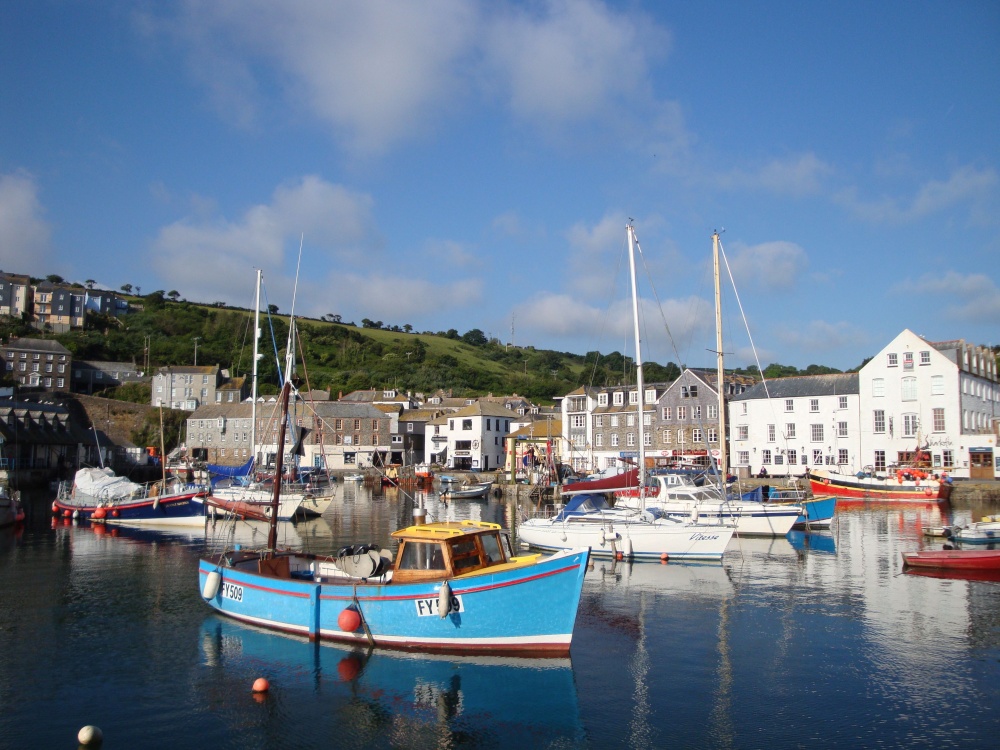 One of a ribbon of picturesque fishing villages dotting the fabled Cornish coastline. Mevagissey has ancient buildings flanking steep and extremely narrow streets which during the holiday season become crammed with visitors. 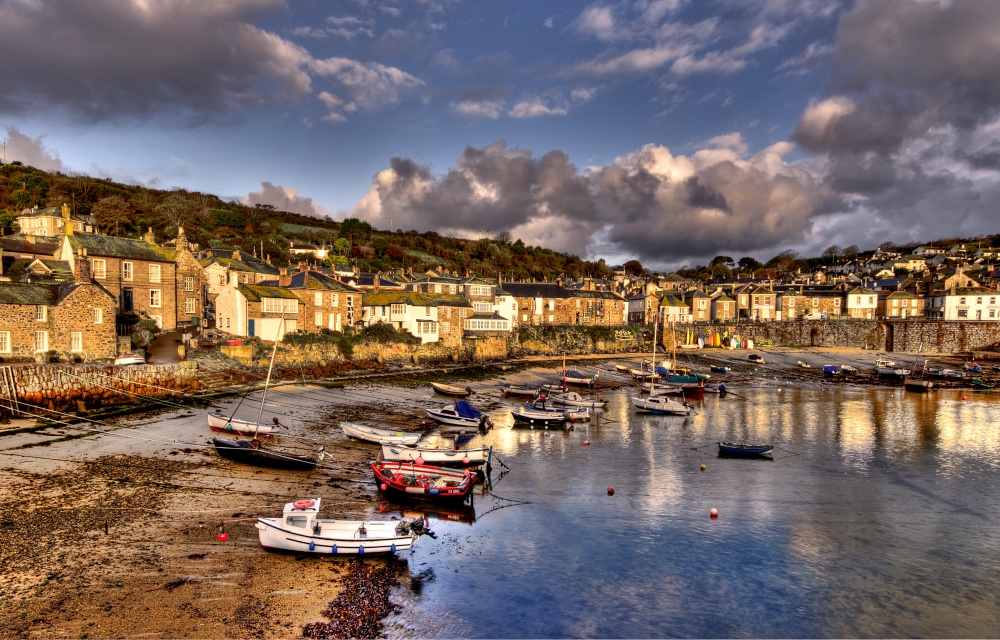 Increasingly popular 21st-century tourist destination which interestingly was sacked by Spanish troops in the 16th-century when all but one house was raised to the ground.

Today a delightful mix-match of houses and cottages crowd the tiny harbour which is usually full of fishing boats, pleasure craft and visiting yachts. Above the village is the famous Wild Bird Hospital where the lives of hundreds of birds are saved annually. Flanked by Newlyn and Lamorna Cove, Mousehole looks out..[more] 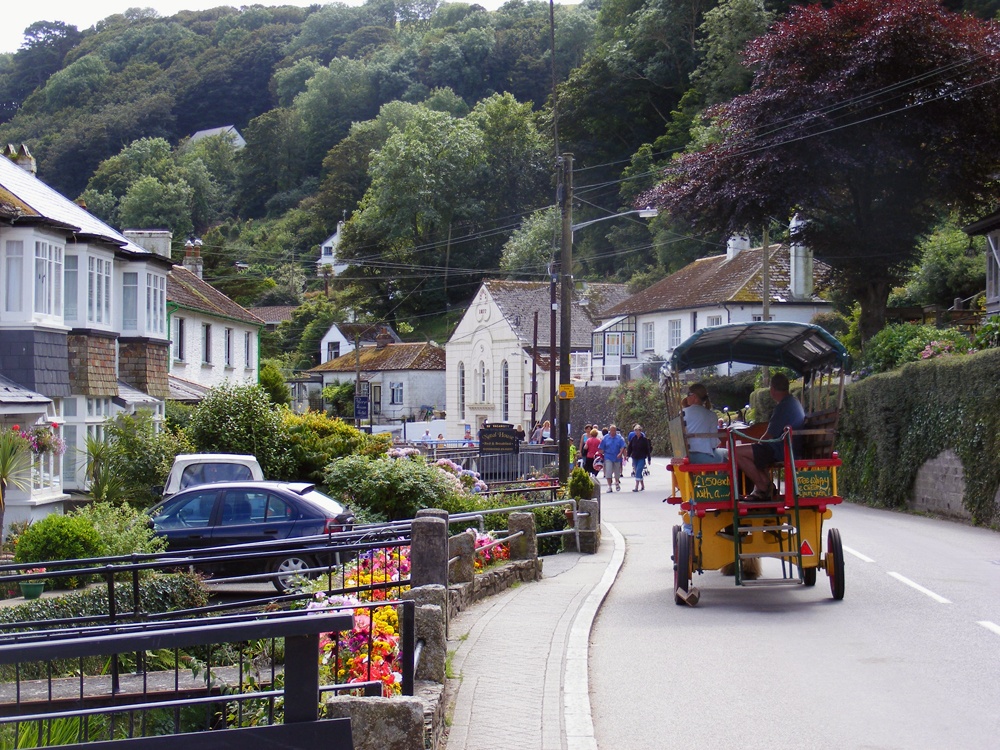 Jagged rocks rise as if to guard the entrance to the picturesque harbour of this enchanting fishing village which has for decades been a magnet for tourists and a mecca for artists from all over England. A charming mixture of quaint whitewashed cottages with brightly painted doors and windows, interspersed here and there with more substantial buildings, cram the steep hills and narrow streets that form the backdrop to the harbour. Heading from the sea, towards the shore, the picture that greets..[more] 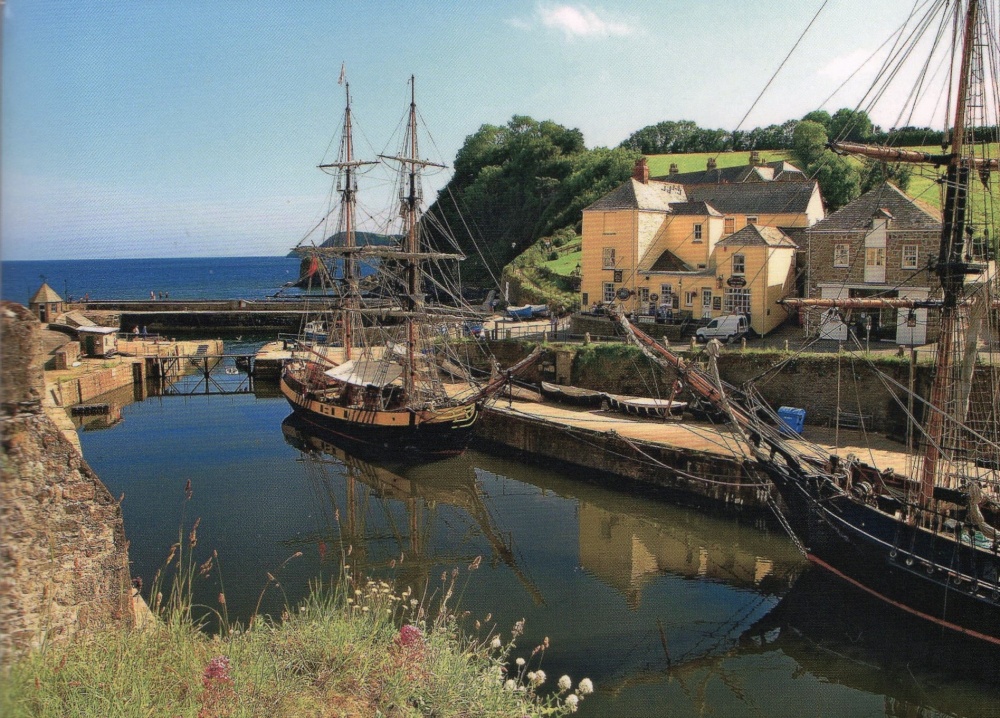 This lovely little port hugs the rugged south Cornish coast overlooking picturesque St. Austell Bay. There has long been a settlement in the area, but the village did not develop until the late 18th century when it was expanded by Charles Rashleigh, a local mine owner. The area had seen an explosion in the mining industry and Rashleigh though it necessary to build a harbour for the shipment of copper and the china clay hauled from the mines at St. Austell. He instructed John Smeaton, builder of..[more] 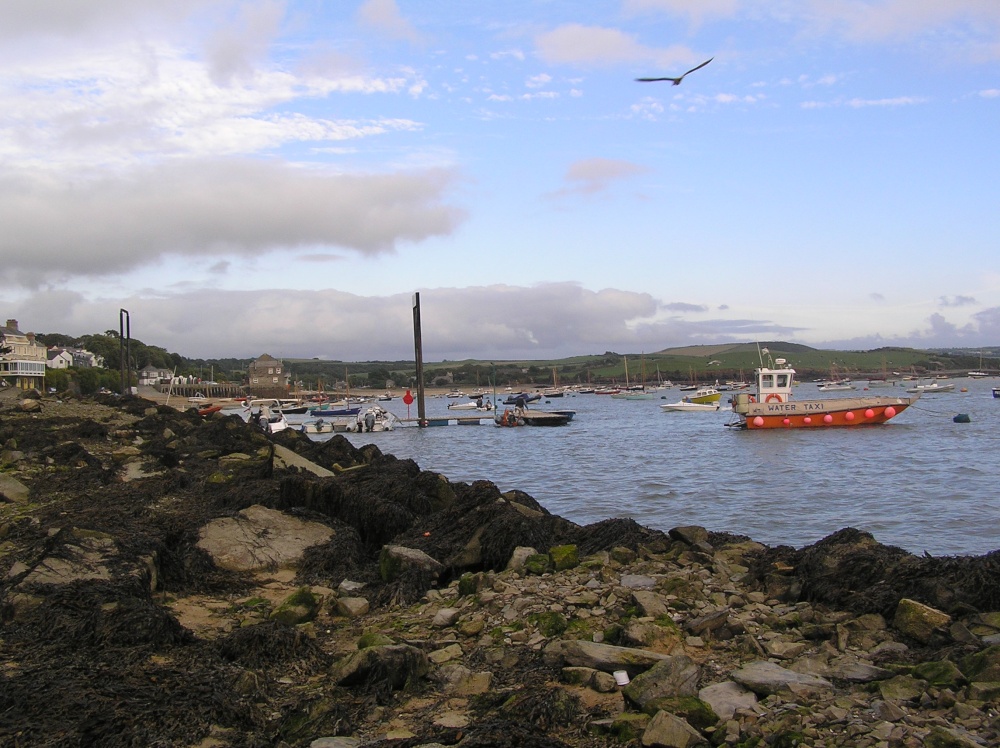 Rock is known to have been visited by at least one Royal Prince. It is a favoured resort and the main centre for sailing and water skiing on the Camel. The fact that it has a little shop packed to the rafters with speciality cheeses, champagne and fine wines, immediately tells you that Rock has become the fashionable haunt of the rich and famous. And not just the "haunt" for hidden in the countryside surrounding this idyllic resort are the homes of millionaires. 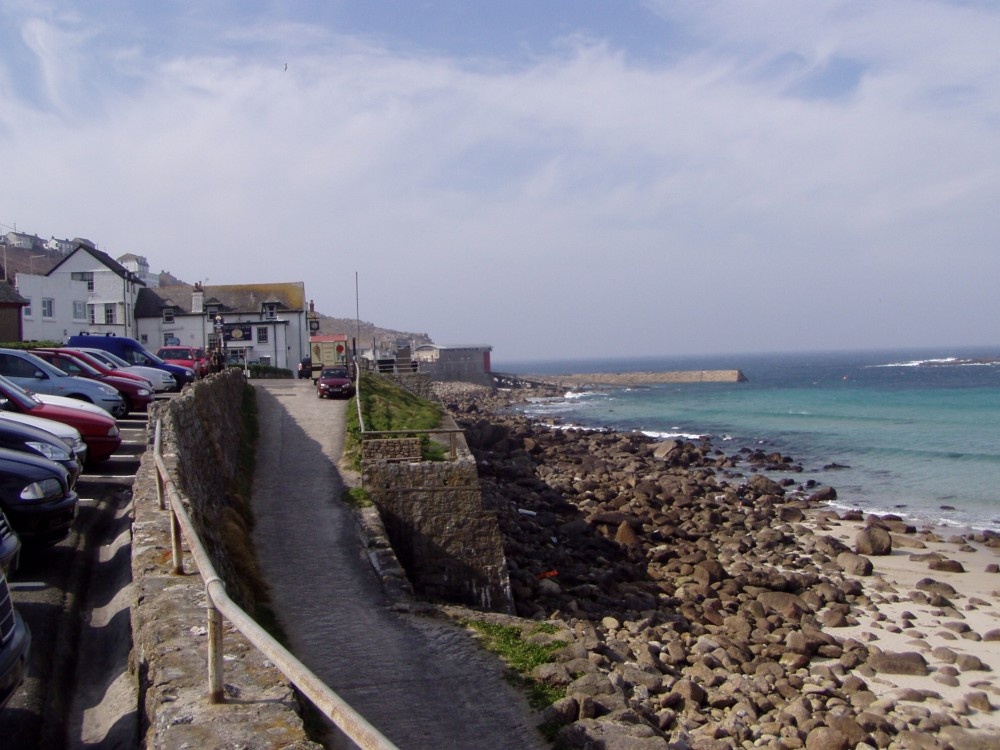 Sennen is but a stone's throw from the towering cliffs of Land's End from which there are magnificent views across a swirling deep blue ocean, its waves, tinged with a creamy-white froth, sometimes hiding bulky, basking sharks. Fortunately, these are harmless and do nothing more than enhance the view.

In 1979, this little fishing village was at the centre of the disasterous Fastnet yacht race when its lifeboat crews were at sea for many hours helping survivors. The gales were relentless..[more] 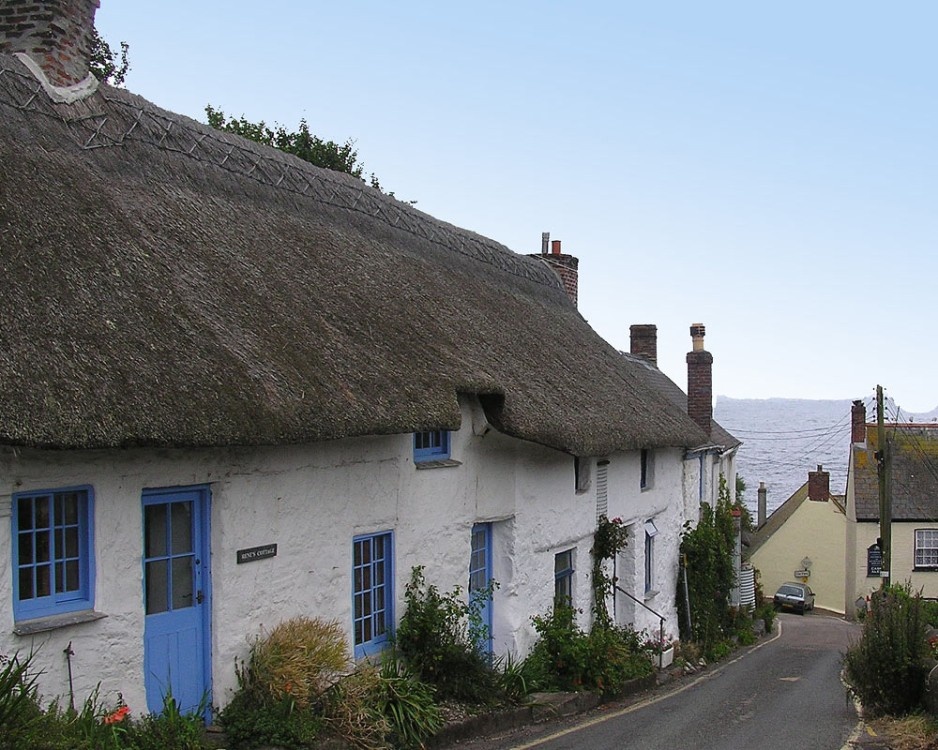 This idyllic little cove is the place where Sir John Killigrew wanted to build a lighthouse but the crescendo of discord from the villagers was so great that it was not until 1751 that a lighthouse was built. These days, it is a proud boast of the village that it has both a coastguard and a lifeboat station.

In the village, quaint little cottages hide behind old stone walls that are whitwashed to compliment the walls to the cottages. Doors and windows are brightly painted and the..[more] 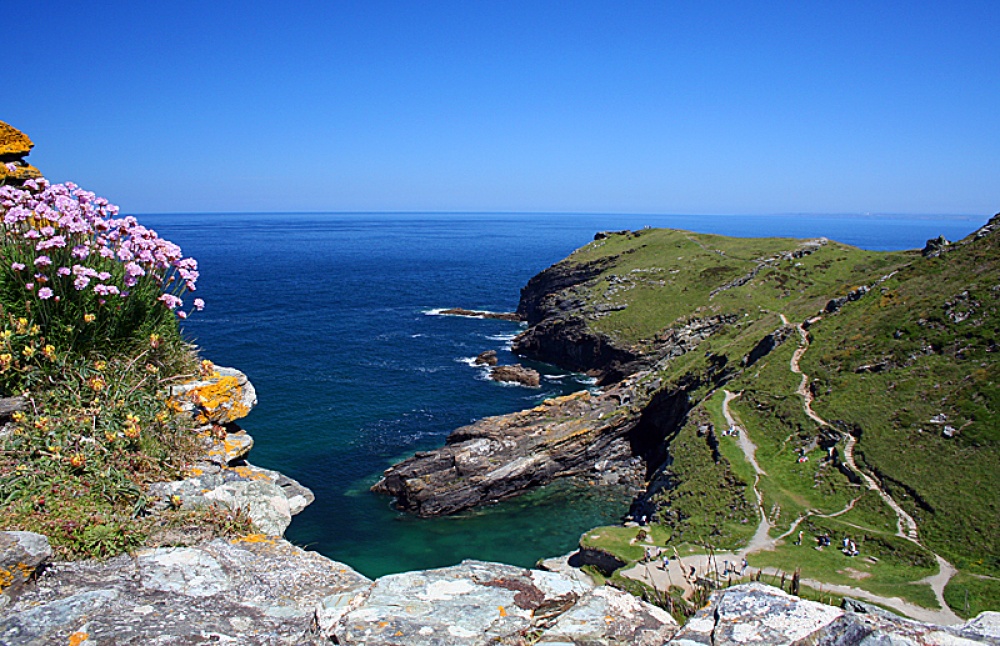 The local tourist industry in Tintagel leans heavily upon tales surrounding King Arthur and the Knights of the Round Table, but there is no real evidence for this in relation to Tintagel Castle. However, the ruins of Tintagel Castle are full of romance and atmosphere, which is possibly due to the writings of the 12th-century monk, Geoffrey of Monmouth who in a flight of fancy when monastic remains were discovered gleaned the idea of an earlier castle on the same site. His idea captured the imagination..[more]

Random England fact:
Victoria Square in Birmingham hosts one of the largest fountains in Europe, with a flow of 3,000 gallons per minute. It is known as "The River" but has also been nicknamed "The Floozie in the Jacuzzi".