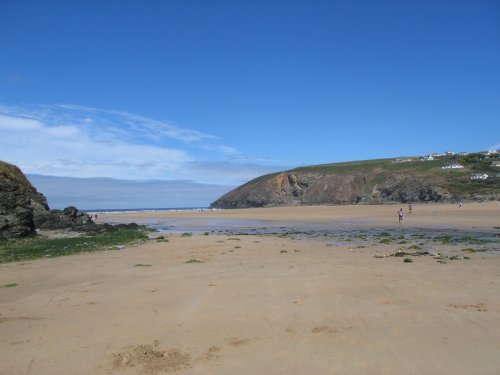 The glorious, almost white sands of Mawgan Porth, matches the creamy tips of the tumbling waves lapping the shore of this lovely coastal resort which in recent years has become a Mecca for surfers and sea-sport enthusiasts. It is a pretty place, with a stream flowing down from St.Columb Major through the dense greenery of The Vale of Mawgan. From the cliffs above Beacon Cove there are spectacular sea and coastal views, and a sloping path slips down to the pretty, sheltered cove beneath. It is a joyous place for anyone wishing to fish from the sand.

At nearby Bedruthen Steps, Atlantic rollers pound a rock-strewn beach. Huge granite rocks, dappled by flashes of light and shade rise up towards crumbling cliffs. Folklore dictates that these were the stepping-stones used by the legendry Cornish giant, Bedruthen. Cornwall is a land of romantic legends and the story of Bedruthen, true or false, adds a measure of enchantment to what is already a truly dramatic sight. The land belongs to the National Trust and the steps are closed during the winter months.

Bright and sparkling Mawgan Porth might be, but behind the beach there is said to be the remains of a settlement thought to date back to the 5th-century AD. Ringed around this part of the coast there is a rich collection of prehistoric sites, including Bronze-Age Barrows and castles from the Iron-Age.

The main attraction though is and always will be the beach. The resort is popular with families who find a wealth of spacious caravan parks in the area which cater for all tastes and all age-groups. Hotel accommodation is plentiful and naturally, there is an excellent choice of inns and restaurants, all serving luxuriant offerings from the deep blue sea!
Take a picture tour of Mawgan Porth | Mawgan Porth accommodation
Add to favourites
Share the beauty of England.. 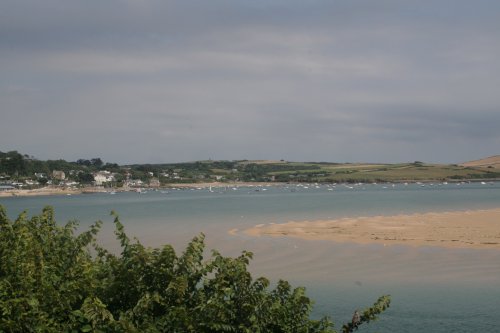