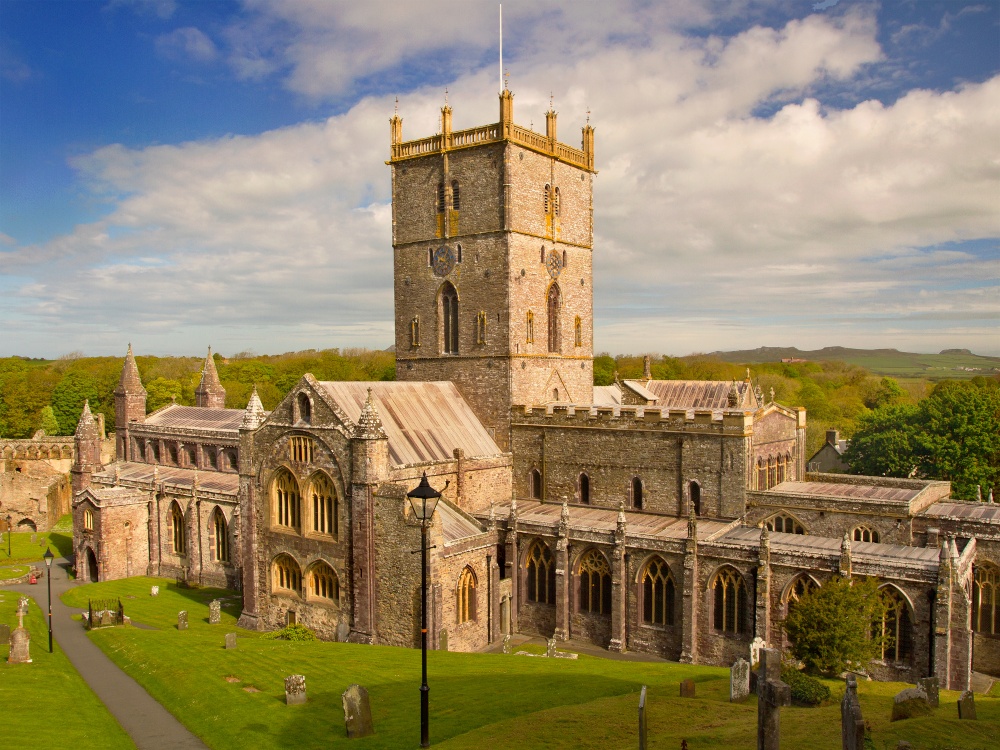 St David's Cathedral is the ecclesiastical centre of the smallest city in Britain, and is the resting place of Saint David, the patron saint of Wales. The cathedral was the reason the city status was granted in the 16th century, but it was rescinded in 1888, only to be restored in 1994 at the request of Queen Elizabeth. Many legends have sprung up about David including one that King Arthur was his uncle, and that among the many 'prophecies of Merlin' was one that Saint David would found a bishopric in Wales. We spent last week in this remote and beautiful part of Britain and took this picture on our way to a morning service in the cathedral. The choral singing by the cathedral choir was magnificent. 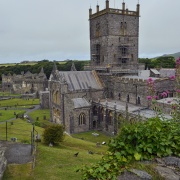 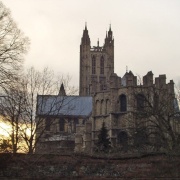 Superb capture of such a wonderful building and a very interesting text. We hope to visit ourselves in September.