a Castle in the town of Kidwelly, in the county of Carmarthenshire 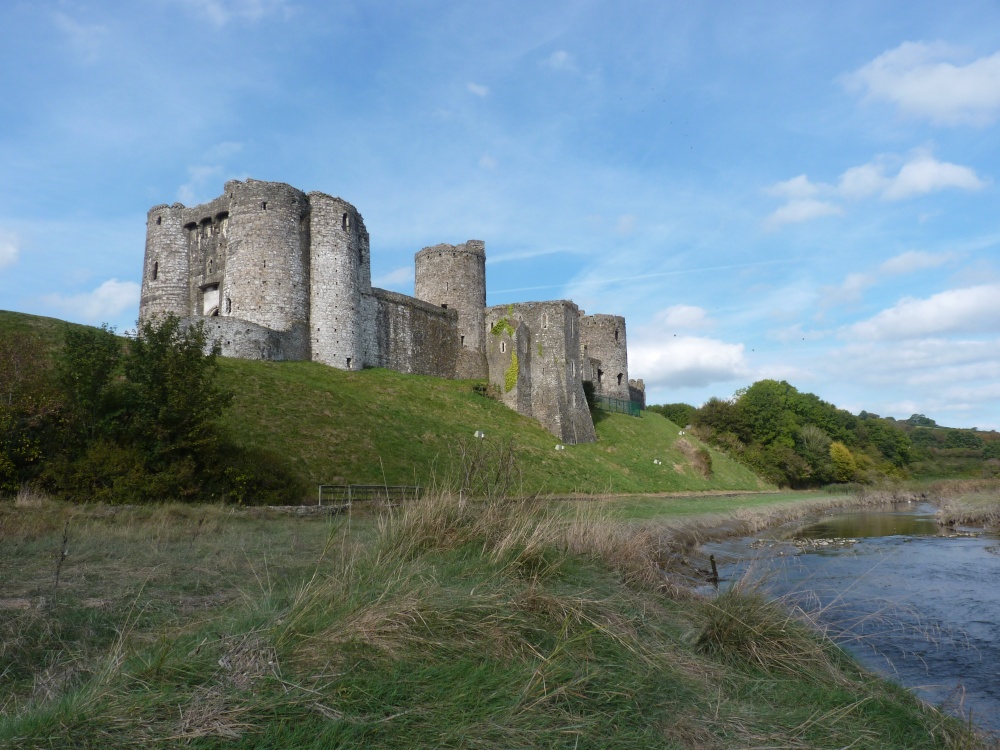 Kidwelly Castle in all it's glory, standing proud over the River Gwendraeth was originally a wooden building dating back to early Norman times. The stone Castle was built over a period of time from the 1200s to the 1470s, it's main purpose was as a defence against the Welsh. It did in fact fall into the hands of the Welsh on a few occasions and was besieged by Owain Gwyndwr in 1403 but this was an unsuccessful attempt. The castle has been owned by the Chaworth family and later the Earls ( later Dukes ) of Lancaster.

This is the shot that would have looked great in the early morning mist Vince.