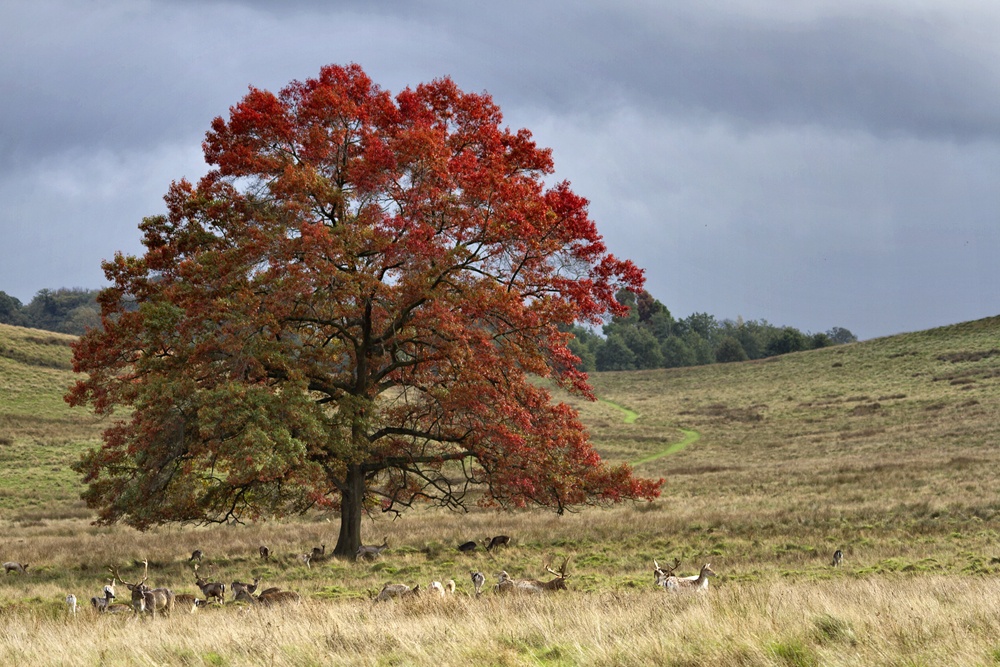 Petworth House in Petworth, West Sussex, England is a late 17th century mansion rebuilt in 1688 by Charles Seymour 6th Duke of Somerset and altered in the 1870s by Anthony Salvin. The site was previously occupied by a fortified manor house founded by Henry de Percy, the 13th-century chapel and undercroft of which still survive. It stands in a 283 hectare (700 acres) landscaped park, known as Petworth Park, which was designed by Capability Brown. The park is one of the more famous in England largely on account of a number of pictures of it which were painted by Turner. It is inhabited by the largest herd of fallow deer in England.

Thanks Steve and Dave much appreciated.

I'd call this The Changing Tree. Beautiful!

Thanks Pat, Victory and Sue just catching up with all your comments now!