a Historic Building in the town of Arundel, in the county of West Sussex 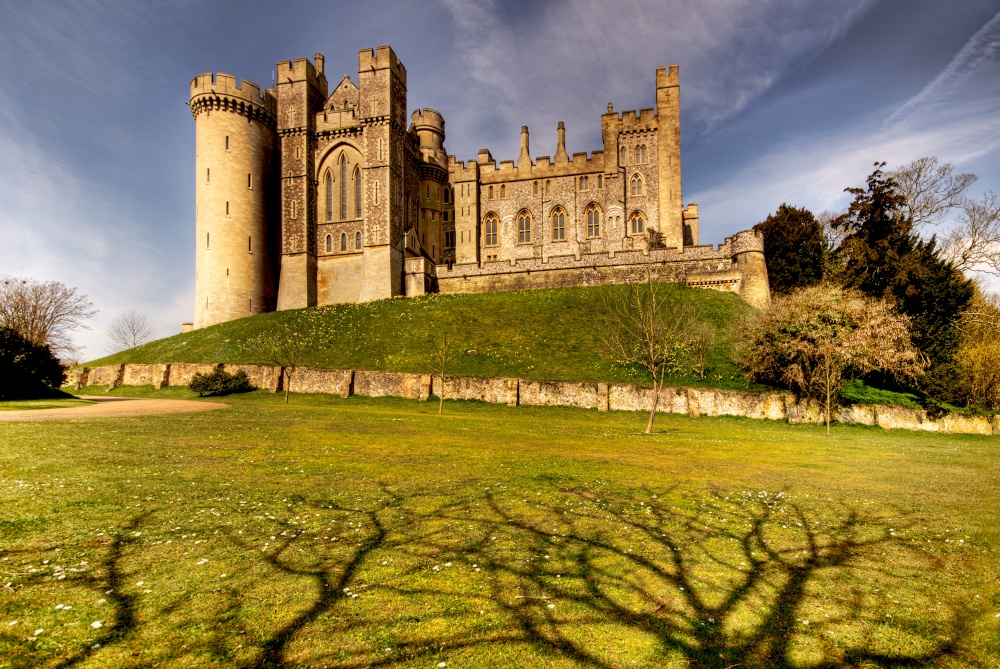 There are nearly 1,000 years of history at this great Castle, situated in magnificent grounds overlooking the River Arun in West Sussex and built at the end of the 11th century by Roger de Montgomery, Earl of Arundel. The oldest feature is the motte, an artificial mound, over 100 feet high from the dry moat, and constructed in 1068: followed by the gatehouse in 1070. Under his will, King Henry I (1068-1135) settled the Castle and lands in dower on his second wife, Adeliza of Louvain. Three years after his death she married William d'Albini II, who built the stone shell keep on the motte. King Henry II (1133-89), who built much of the oldest part of the stone Castle, in 1155 confirmed William d'Albini II as Earl of Arundel, with the Honour and Castle of Arundel.

Brilliant shot love the sky and the shadows in the foreground

Super pic Sarah ... love the shadows of the trees and thanks for the history.

Great Shot of a wonderful place, and nice to see such an informative text of "family history",my wife and daughter are descended from William and Adeliza.