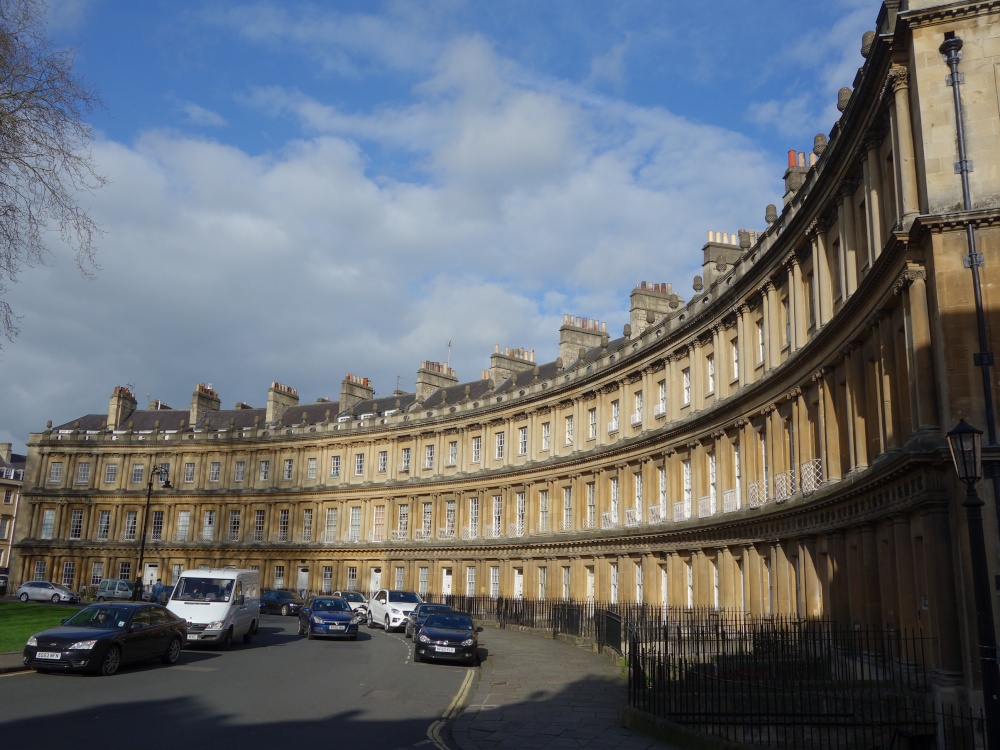 The Circus
by Victor Naumenko

The Circus is architect John Wood's masterpiece. He was the son of a Bath builder, but saw himself as an architect, not an artisan. Wood drank in the latest architectural ideas while working in London in his teens in the 1720s. Passionately loving Palladianism, he returned to Bath in 1727 to transform his native city. He had built Queen Square, Nort and South Parade and much else in Bath, when he put all his obsessions into the design of these three curved rows of 33 inward-facing houses, forming a circle. Carved friezes represent the achievements of the time and have some Masonic symbolism. Wood died in 1754, just after work started. The Circus has been completely finished in 1768 under the direction of his son John Wood the Younger. The first six building leases for the Circus were granted on 3 January 1755. Among the lessees were the eminent politician William Pitt and his cousin Lady Lucy Stanhope, who took adjoining plots. On 18 November Lady Stanhope moved into her new-built house - the first in the Circus to be inhabited. Pitt's house was reported to be almost fit for his reception and he arrived in Bath around Christmas time.

A picture of: Bath, Somerset ( More pictures of Bath by Victor Naumenko )

This picture also appears in the following picture tours:
Somerset, Homes of the Famous

Nice one Victor, the sweep of the building is a good lead through the picture.

An iconic image of Bath .. nice one Victor