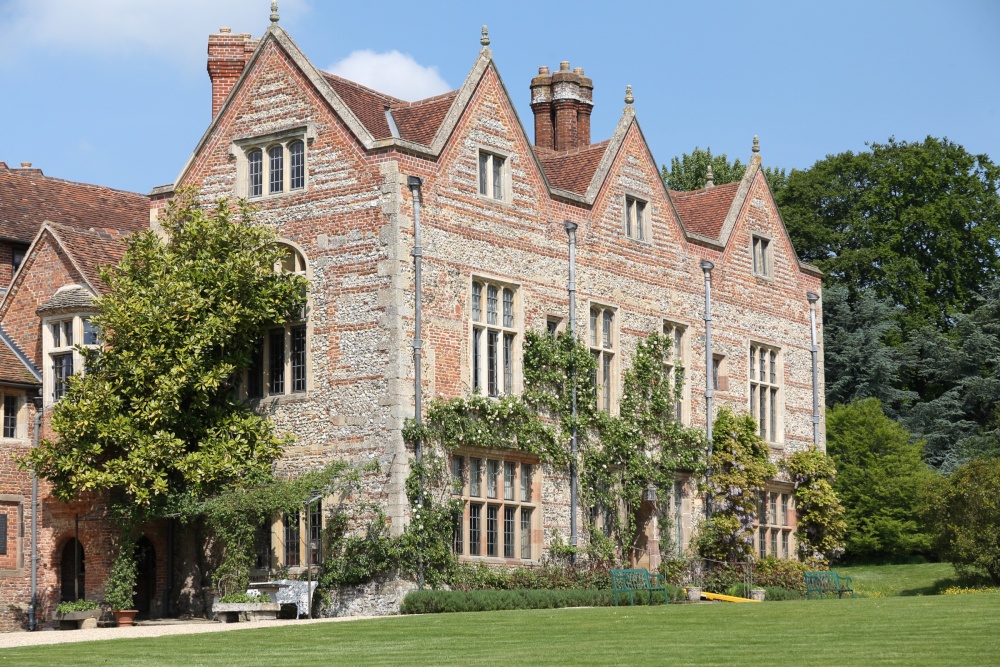 The house seen here dates from the 16th Century, having been rebuilt in 1559 by Sir Francis Knollys, treasurer to the Royal Household. Previous dwellings existed here and the site is mentioned in the Domesday Book. The house has had many owners since, those most recently being Sir Felix and Lady Brunner, who lived there as their family home from 1937 up to Lady Brunner's death in 2003.

A tightly framed and sharp shot showing the detail in the building.