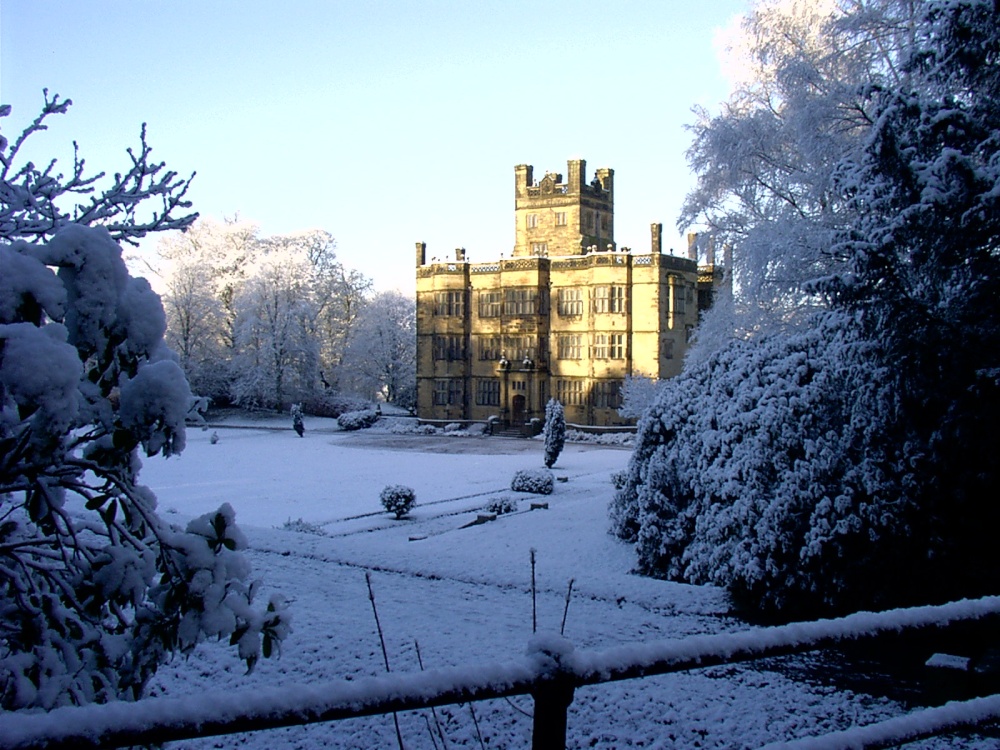 More pictures of Padiham by lancashirelove...

lovely picture the lighting on the Hall is wondeful

Great winter scene Michael ... I love the light and shadows on the Hall.

That sure is a great picture Mike!(I have tried to express my comments as per your latest Avatar!)

The Shuttleworths were for several centuries an influential land-owning family in the Burnley area whose wealth came from wool weaving. They lived at Gawthorpe Hall, their family seat for some 400 hundred years and their estates date back to medieval times. The family name reflects a connection with the old woollen weaving tradition of the district, probably being derived from the old English word "schotil" ("shuttle"), a device still in evidence three times on the family Coat-of-Arms. The Shuttleworths numbered Charlotte Bronte (1816-1855) as a family friend - she spent some time as a guest at Gawthorpe. Gawthorpe Hall is situated in Padiham on the edge of the Pennine Hills, standing in its own secluded wooded grounds on the banks of the river Calder. It began life as a 14th century so-called 'pele' tower, built as a defence against the invading Scots. Then, sometime between 1600 - 1605 for Sir Richard Shuttleworth, a wealthy Elizabethan barrister. Nowadays it is a compact three-storey largely Jacobean house. One of the family's most celebrated members was Colonel Richard Shuttleworth (1587-1669). He was twice made High Sheriff of Lancashire, Member of Parliament for Preston and commander of the Parliamentarian Army of the Blackburn Hundred during the Civil Wars of 1642-49. After his death Gawthorpe was not occupied by a member of the family for 150 years, but several 'caretaker' occupants looked after the estate. It was not until the 1850s that the Hall would see the family's return, when Sir James Kay Shuttleworth, the great Victorian reformer, commissioned Sir Charles Barry to carry out restoration and improvements to the house. More recently, in view of the exorbitant cost of upkeep of the Hall, Lord Charles Shuttleworth left Gawthorpe and moved to live at Leck Hall near Kirby Lonsdale in 1953. Today the Hall is a National Craft Centre, thanks initially to donations given by the Hon. Rachel Kay-Shuttleworth (1886-1967) in the 1960s - she was the last of the family to live at Gawthorpe Hall. Her particular skills in the art of embroidery and lacemaking and the extensive collection she made have formed the basis of the nationally important textile collection that she formed. The Hall is now looked after by the National Trust and is leased to Lancashire County Council who partly let it as a College of Further Education. Lord Shuttleworth is currently the Lord Lieutenant of Lancashire.