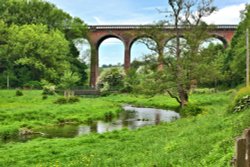 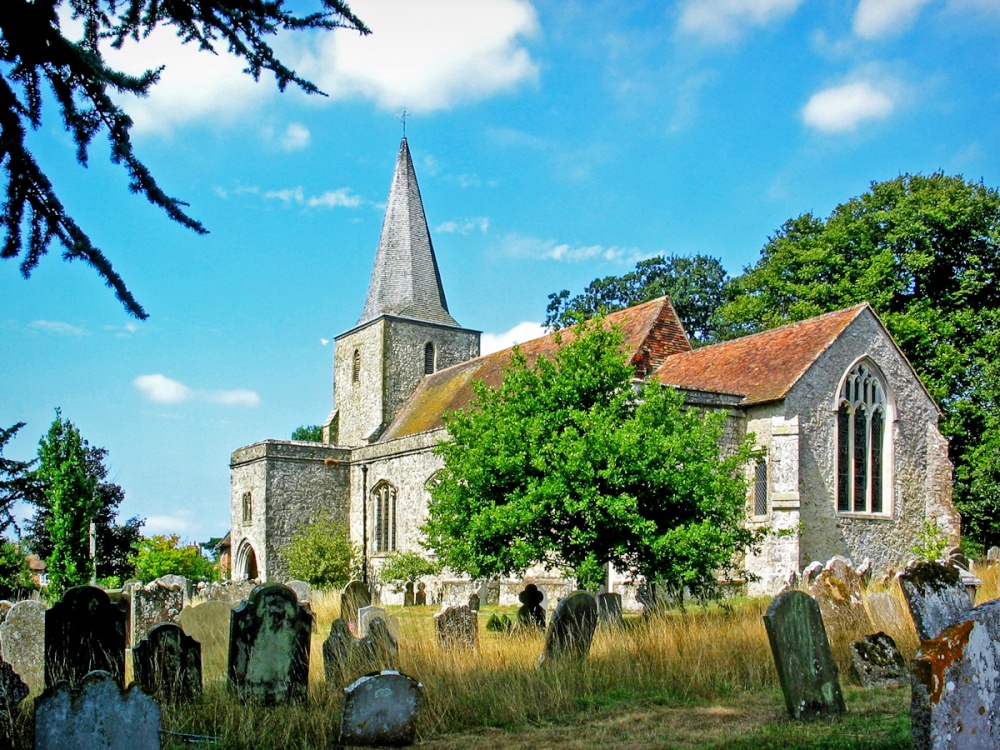 Take a picture tour of Pluckley...

Casting a glance around the beautiful Kentish countryside in which the enchanting village of Pluckley is set, it is easy to see why the village was chosen as the setting for The Darling Buds of May which starred David Jason and Catherine Zeta Jones. The saga of Ma and Pa Larkin was a gentle comedy, and a beautiful portrayal of life in yester-year.

The village, which is scrambled on a ridge above the scenic River Beult, is said to be the most haunted village in England, a fact endorsed by The Guinness Book of Records 1998 and which draws people to the village in the hope of a ghostly meeting. Half a century ago there were claims of ghostly Highwaymen, of a Watercress woman, and both a Red Lady and a White Lady have been seen in Saint Nicholas's churchyard. There are numerous tales with the most extravagant one being a sighting of a Coach and Horses which has been seen on several occasions, the most recent being in 1990. With so many exciting stories it is not surprising to find Pluckley at its busiest on Halloween when hordes of revellers descend on the village, perhaps more in the hope of having a good time than of a 'spooky' encounter.

Pluckley's beautiful village church is dedicated to Saint Nicholas. For over 900 years, the church spire has peered over the village nearing silent witness to changing times. At the time of the Doomsday Book Pluckley had a value larger than nearby Ashford which would indicate a stronger and more prosperous community. The economy of the village was boosted by the introduction of weaving in the 13th-century. From there-on the village withstood the many deaths caused in the 14th-century by the Black Death, the turbulence of the Civil War, after-which over the centuries it steadily developed to become the attractive place we see today.

The Deering family were Lords of the Manor here almost from the time of Henry II, and interestingly many of the tiny narrow windows to be seen on houses here are called 'lucky Deering's' after one of the family escaped through one whilst fleeing the Roundhead troops whilst fighting for the King. After this event the family fitted all the cottages on the Surrendean Manor estate with windows in this style. At the Centre for Kentish Studies in County Hall you can see the massive collection of books and manuscripts dating from the time of the first Baronet. Pluckley, generally benefited from the generosity of the Deerings, in 1850 the village school was built on a parcel of land gifted by Sir Edward Deering. Sadly, the Deering estate was sold off in 1928, the Manor became a school and most of the estate cottages where purchased by Deering employees.

Strongly atmospheric, possibly due to its romantic links with the past and its position close to mystic ancient woodland where the Saxon's hunted, the village looks almost surreal in swift light changes when the sun is obliterated, giving way to swirling mist and gloomy cloud. Even so, this does nothing other than heighten the attraction.

Other places of interest in Pluckley include the Victorian railway station built in 1842, spectacular Oasthouses across hundreds of acres of rolling Kentish countryside vibrant with hue's of green, gold and blue, and of course the old village inn's. The Black Horse gates 1450, The Blacksmith's Arms is from 1627 and the inn named for the Deering family was once a hunting lodge on the Deering estate. The nearby Rose and Crown has been a pub since 1780 and, like the others follows a tradition of welcome and fine hospitality.

The River Beult runs through peaceful river meadows on it's journey to Hampstead Lock, it offers opportunities to fish for Carp, Roach, Pike, Bream and sometimes Eels. There are woodland and country walks to be enjoyed around the village and if you are luck you might visit when the village is staging one of its many lively events. This is a lovely place from which to visit other old Kentish towns and villages, or to take time exploring the beautiful Kent and East Sussex coast. Maybe though, all you will really want to do is linger in the moonlight waiting for one of the famous Pluckley ghosts!
Take a picture tour of Pluckley | Pluckley accommodation 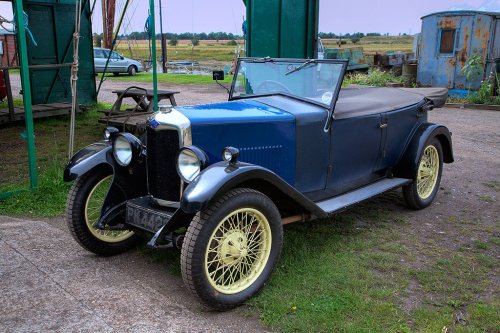 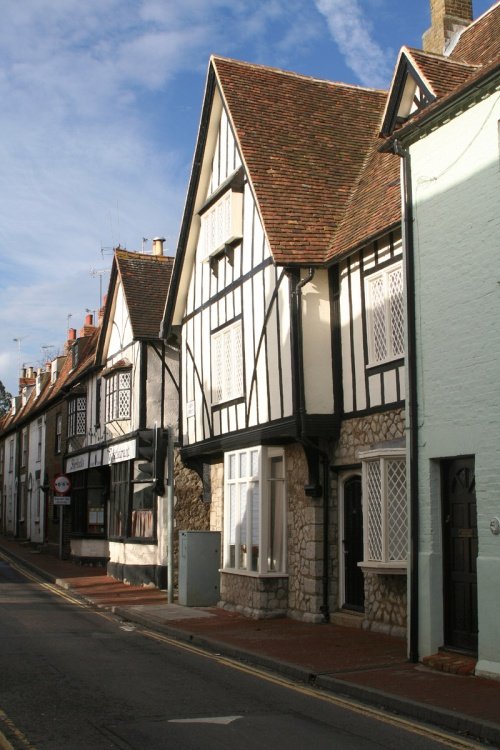