Pictures of The Vyne

a Historic Building in the town of Basingstoke, in the county of Hampshire 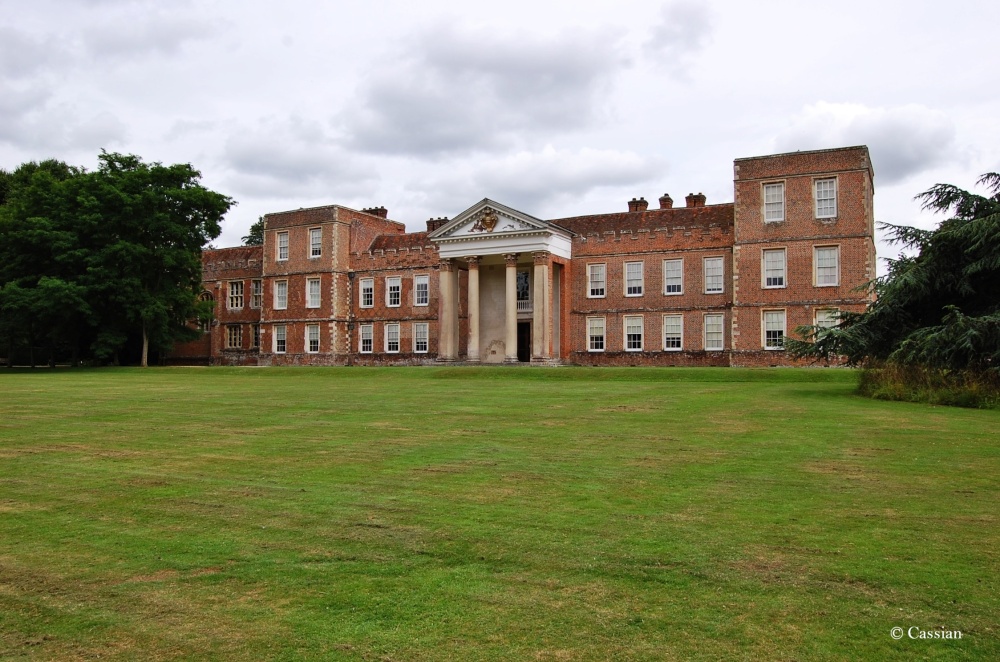 The Vyne is a 16th-century country house outside Sherborne St John, Basingstoke, Hampshire, England. The Vyne was built for Lord Sandys, King Henry VIII's Lord Chamberlain. The house retains its Tudor chapel, with stained glass. The classical portico on the north front was added in 1654 by Inigo Jones's pupil John Webb. In the mid-eighteenth century The Vyne belonged to Horace Walpole's close friend John Chaloner Chute, who designed the Palladian staircase, whose magnificent apparent scale belies its actual small size. The Vyne was bequeathed by its final Chute owner, Sir Charles Chute, to the National Trust in 1958.

A picture of: The Vyne ( More pictures of The Vyne by Ian Mclean )

England > Hampshire > Basingstoke > The Vyne > Pictures
Random England fact:
The county of Northumberland has more castles than any other county in England, with over 70 castle sites.
Please support this website by donating today - Thank you.