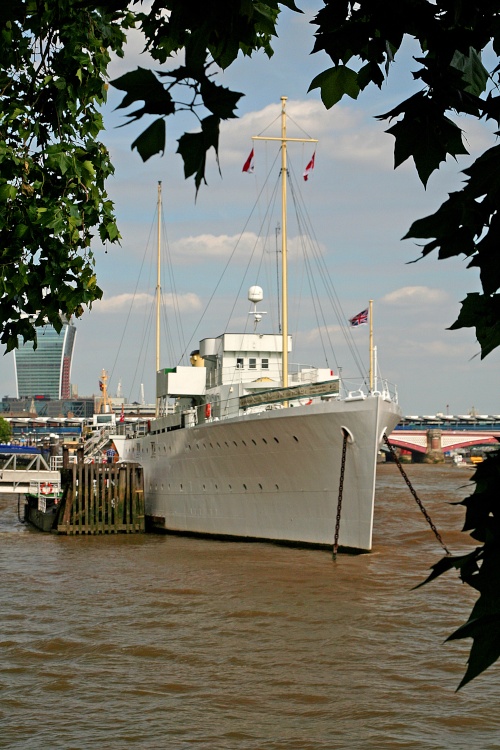 HMS Wellington (launched Devonport, 1934) is a Grimsby-class sloop, formerly of the Royal Navy. During the Second World War she served as a convoy escort ship in the North Atlantic. She is now moored alongside the Victoria Embankment at Temple Pier on the River Thames in London

A picture of: London, Greater London ( More pictures of London by Zbigniew Siwik )

A fabulous capture of this ship Zbig

I don't think this could have been taken better, great shot.

The framing works really well in this shot

Random England fact:
According to the Guinness Book of Records, the Ashmolean Museum in Oxford was the first museum in the world to have opened its doors to the public when it first opened in 1683.