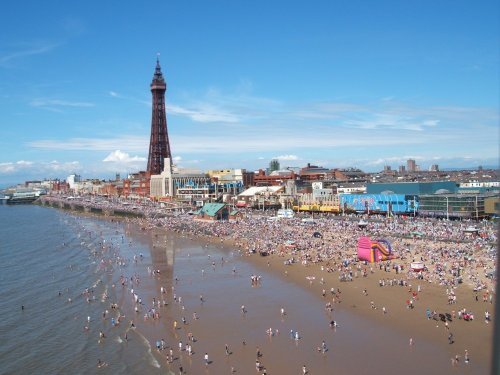 The History of Brighton

Brighton began as a Saxon village. The Saxons conquered Sussex in the 5th century AD. One of them was called Beorthelm. He owned a farm (in Saxon a tun) called Beorthelm's tun which, in time grew into the town of Brighton. As well as farmers there were fishermen in the village. Brighton overlooked a cliff and the fishermen's huts were under this cliff on the foreshore. The church of St Bartholomew was first mentioned in 1185. (Though it probably existed long before then).

In 1313 Brighton gained a charter. This was a document granting the merchants the right to form their own local government and certain other privileges. A fish market was held daily on the beach. There was also a weekly pig market and a weekly corn market as well as a general market where all kinds of goods were sold. Once a year there was a fair. (A fair was like a market but was held annually and attracted buyers and sellers from all over South East England).

The earliest map of Brighton shows a little town about one quarter of a mile square. There were 4 streets, North Street, West Street, East Street and South Street. In the middle of the 4 streets were allotments. The Lanes started as pathways between them. By 1500 Middle Street existed. There were also fishermen's huts along the shore. The 4 streets formed the boundaries of the town. The space between Middle Street and East Street was called the Hempshares and hemp was grown there for fishermen's nets. (The Lanes started as little paths between gardens or allotments).

Brighton suffered from the continuous erosion of the coast. In 1340 it was stated that the sea had recently 'swallowed' 40 acres of farmland.

The first fortification at Brighton was the bulwark, which was a tower built next to the town in 1497.

Brighton town council consisted of 12 men chosen from 'the most respectable, wealthier and discreeter' inhabitants, 8 fishermen and 4 landmen. They chose one of themselves to be the Constable, responsible for law and order for one year. When one of the 12 died the other 11 selected somebody to replace him.

The French burned down Brighton in 1514. This was easily done as nearly all the buildings were of wood, with thatched roofs. On the other hand, they could be easily rebuilt.

In 1545 the French returned. A writer said the French commander 'Came forth into the seas and arrived on the coast of Sussex before Brighthamstead (Brighton) and set certain of his soldiers on land to burn and spoil the country, but the beacons were lit (to warn people in the surrounding countryside and summon their aid) and the inhabitants thereabouts came down so thick, that the Frenchmen were driven to fly with loss of diverse of their numbers so that they did little hurt there'.

By 1580 there were 400 fishermen and 102 landmen living in Brighton. So it probably had a population of around 2,500. By the standards of the time Brighton was a fair sized market town. There were 80 fishing vessels.

In 1558 'there was granted to the inhabitants of that town by the Lords one parcel of land containing in length, 30 feet long and 16 feet in breadth'. This parcel of land was used to build the blockhouse. The blockhouse was a circular fort, 50 feet in diameter, 16 feet in height with walls 8 feet thick. It had 6 large guns and 10 small cannons. It stood near the Southern end of Middle Street. A wall 14 or 16 feet high, with placements for guns extended 400 feet eastwards to East Street and westward to West Street. There were 4 gates, East gate, Porters gate, Middle Gate and West gate.

Despite the building of the blockhouse in 1635 the local Justice of the Peace complained of the lack of defences at Brighton.

In 1651, shortly after the civil war, Charles II persuaded the Scots to invade England to help him regain his crown. The attempt was foiled. The Scottish army was defeated at Worcester and the king narrowly avoided capture. He made his way, in disguise to Brighton, and was smuggled abroad.

In the 17th century the fishing industry in Brighton suffered a decline. This was because of a series of wars with the French and the Dutch. Their navies prevented fishing vessels from going fishing, e.g. in 1694 a writer said 'Our poor town of Brighton has been this day suddenly surprised by 4 French ships and pestered by them since 11 am. As yet they have not done us much harm, having positioned themselves so near to us as to shoot over the town'. Two more French vessels arrived but the townsfolk armed themselves and assembled. Eventually the French sailed away.

The modern name of the town, Brighton, first appeared in 1660. By 1810 it was the official name of the town. In 1665 a free school opened in the town on the Hempshares. In the same year a Bowling Green opened on the Old Steine.

In 1703 England was struck by a severe storm. In Brighton it 'stripped a great many houses, turned up the lead off the church, otherthrew 2 windmills and laid them flat on the ground'. A second storm in 1705 demolished houses below the cliff, along the foreshore. In 1723 groins were built. However the two storms severely damaged Brighton, which was already suffering an economic depression. Brighton declined in size to perhaps 1,500 people in the early 18th century. And the ocean continued to erode the seashore. First it destroyed the houses under the cliff, then, by 1760 began to undermine the cliff itself. Brightons fortifications were slowly undermined and destroyed by the sea.

In 1730 a writer said 'If some speedy care be not taken to stop the encroachments of the ocean it is probable the town will, in a few years, be utterly depopulated, the inhabitants being already diminished by one third less than they were and those that remain are many of them Widows, Orphans, decrepit persons and all very poor'. Another writer described the people of Brighton as mostly very needy and wretched in their mode of living'.

But Brighton's fortunes were transformed in 1750 when Dr Richard Russell, a resident of Lewes, wrote a book in which he claimed that bathing in seawater was very good for your health. Rich people began to come to Brighton hoping to be cured of some illness by bathing in seawater. At first they were a trickle, but later became a flood. In 1783 the Prince of Wales and his friends visited Brighton which ensured its popularity.

Suddenly Brighton began to revive and prosper. The first theatre in the town opened in North Street in 1774. A second free school opened in Duke Street in 1779. The first grammar school in Brighton opened in 1789. By 1767 two assembly rooms were built (for dancing and playing cards) at the Old Ship Inn (Ship Street is named after it) and at the Castle Tavern (which stood on the south side of the Market Place). In 1773 a market house was built so covered markets could be held.

As well as these developments Brighton grew quickly in size. From a population of about 2,000 in 1750 it grew to about 4,000 in 1783, the year of the Prince's visit. Many new streets were built in the space between Middle Street and East Street and by 1792 many of the Lanes were built up. Between 1770 and 1795 635 new houses were built. New streets were built north and east of the town including Battery Place, Bond Street, Broad Street, Charles Street, Church Street, King Street, Manchester Street, Old and New Steine and Russell Street.

In 1793 2 new batteries were erected at Brighton. One was on East cliff near the bottom of Marine Parade. The other one was opposite Artillery Place. (Both were removed in the 19th century).

In 1787 the most famous building in Brighton, the Pavillion, was built for the first time, although it was originally built in classical style (i.e. it imitated ancient Greek and Roman buildings). The original building looked quite unlike the present oriental one.

In 1808 a row of houses was built east of the Steine and this area rapidly became built up. The pavillion was rebuilt in 1815. This time it was made to imitate an Indian palace. Brighton town council bought the pavillion in 1850.

Fishermen spread out their nets to dry on the open space known as the Steine. In 1799 someone wrote 'Fishing nets are daily spread from one end of the Steine to the other, so that the company while walking are frequently tripped up by entangling their feet'. In 1822 railings were erected around the Steine and the fishermen lost the right to do this.

In the 1820's 2 new areas were built. Thomas Kemp built Kemp Town to the east of Brighton and a man named Brunswick built Brunswick town to the west. In 1821 a newspaper started publication, the Brighton Gazette.

For centuries ships had simply moored off the coast of Brighton but in 1823 the chain pier was built. In 1824 a steam ship began operating between Brighton and France. In 1841 a railway to London opened which made it much easier for visitors to reach Brighton. By 1848 it was estimated that 250,000 people visited Brighton each year. West Pier was built in 1866. Palace Pier was built in 1899.

During World War I the pavillion was used as a hospital for Indian soldiers.

In 1928 the boundaries of Brighton were extended. In the 1930s a sea wall was built from Black Rock to Rottingdean to prevent erosion.

The task of clearing the slums in the centre of the town was undertaken in the 1930s. Many fishermen's villages, though they might look picturesque were actually, cramped, squalid and insanitary. A new market was built in Circus Street in 1937 on the site of demolished slums. Some of the slums were replaced with 4 storey flats. Meanwhile the council began building council houses. An estate was built at Whitehawk. In the late 1930s another council housing estate was built. Also in the 1930s The Western side of West Street was demolished to widen the road. There was also much building of private houses at that time, in Patcham, Falmer and Ovingdean.

Trams ran in Brighton between 1901 and 1939. In 1904 came the first motor buses. In 1939 the trams were replaced with trolley buses, which ran on electricity from overhead wires but did not use rails.

When World War II began in 1939 many schoolchildren from London were evacuated to Brighton to escape the bombing. Since Brighton was, of course, a seaside resort rather than a manufacturing town it was anticipated it would escape bombing. Most of the evacuees soon returned home, however. Yet Brighton was not as safe as people thought it would be and the town suffered considerable damage as a result of bombing. There were 56 raids in all and over 5,000 houses were damaged or destroyed.

After World War II the Lanes managed to escape the ravages of town planning but in the mid-1960s Churchill Square was laid out.

Sussex University was founded in 1962. Although Brighton continued to flourish as a seaside resort West Pier closed in 1975.The Brighton Centre, which is used for conferences, was opened in 1977. A marina opened at Black Rock in 1978.

Brighton and Hove was made a city in 2000. In December 2002 West Pier partly collapsed when severe weather hit Brighton. Unfortunately Brighton's other pier the Palace Pier was damaged by fire in February 2003. Today the population of Brighton is 141,000.