in the county of Monmouthshire 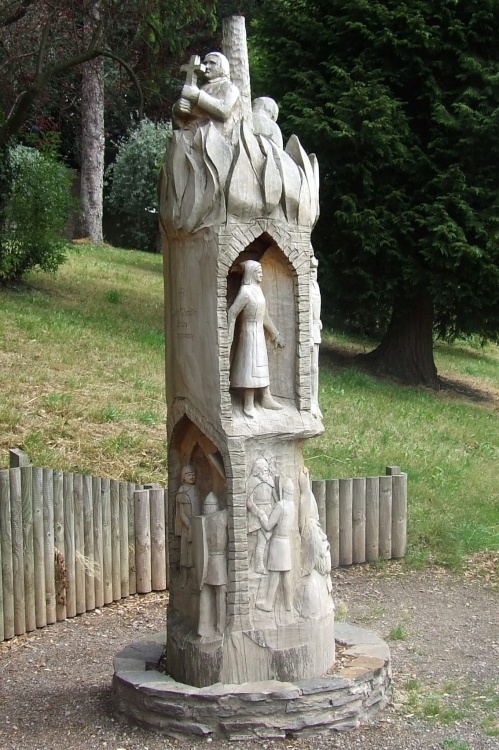 Abergavenny Massacre In 1175, William de Braose carried out the Abergavenny Massacre, luring three Welsh princes and other Welsh leaders to their deaths. His principal antagonist was a Seisyll ap Dyfnwal, of Castell Arnallt near Llanover in the valley of the River Usk near Abergavenny, whom he blamed for the death of his uncle Henry. After having invited the Welsh leaders to a Christmas feast at Abergavenny Castle under the pretence of peace and the start of a new era at the end of the year (a traditional time for settling outstanding differences amongst the Welsh), he had them murdered by his men. This resulted in great hostility against him among the Welsh, who named him the "Ogre of Abergavenny". Gerald of Wales exonerates him and emphasises the religious piety of de Braose and his wife and de Braose generosity to the priories of Abergavenny and Brecon. William de Braose did however reputedly hunt down and kill Seisyll ap Dyfnwal's surviving son, Cadwaladr, a boy of seven.

Thanks for the descriptive information. I do hope this is a tree carving as I am adding it to my tour "Sculpted Trees", its a great example