in the town of Durness, in the county of Highland 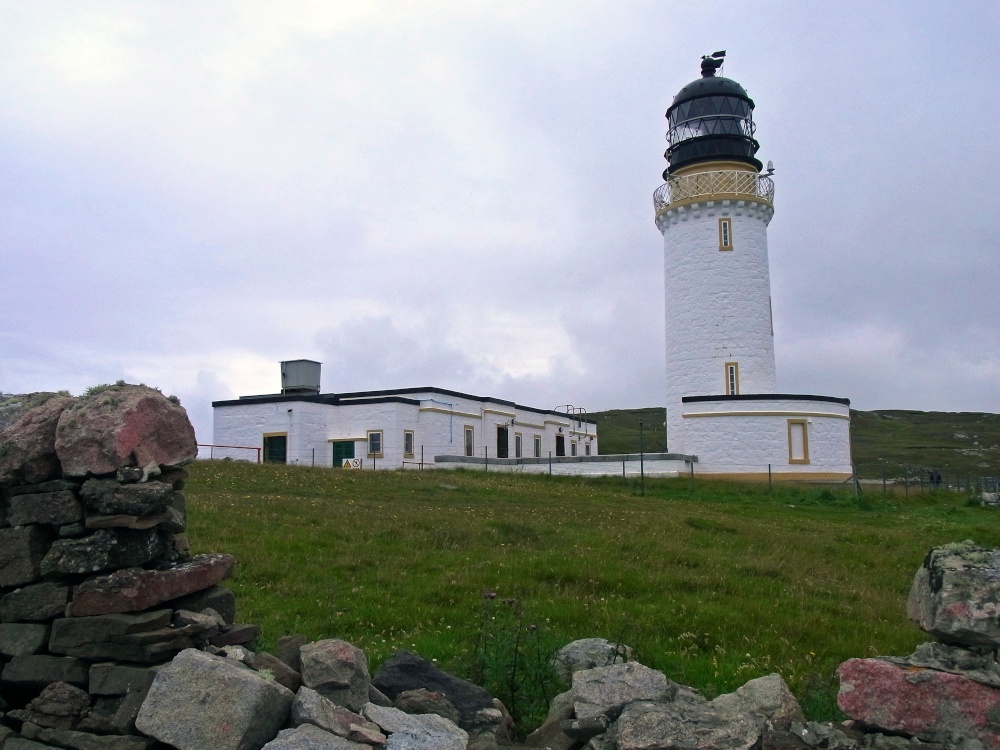 Cape Wrath Lighthouse was built by Robert Stevenson in 1828 at a cost of fourteen thousand pounds on the most north westerly tip of the British Mainland. It stands on cliffs 120 metres above the Atlantic Ocean. In 1795 an idea to improve navigation would help if a lighthouse was built at Cape Wrath. During the previous ten years off the coast of Durness there had been a number of shipwrecks and it was believed that if the rocks could be accurately navigated it would save hundreds of lives. The Lighthouse tower is twenty metres high, with eighty one steps to the top and is built of stone. The rest of the building is built of large blocks of granite. The lighthouse went automatic in February 1998.

Nice capture here Karen, great information and series of shots! It looks as though it was rather cold and bleak when you were there!

Looks bleak there at the moment, but great shot of the lighthouse Karen.

Lovely job Karen. Nice use of the broken wall....one of favourite tricks