in the county of Fife 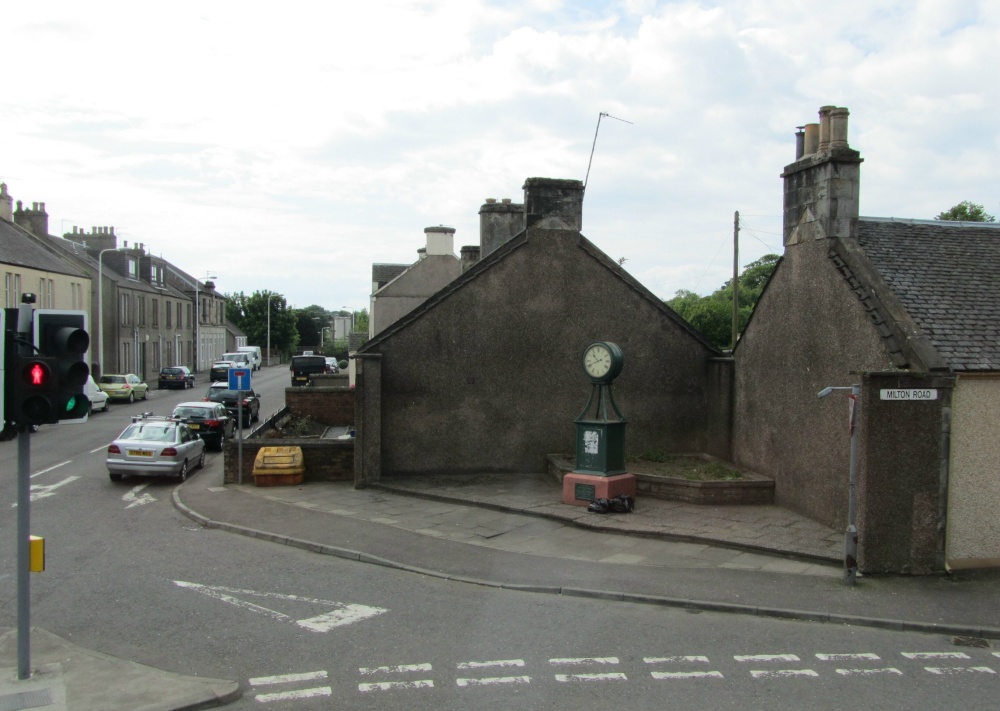 There are caves beneath the Cross clock which lead to the Wemyss Caves. The windygates caves had three entrances. One to the house beside the clock, one underneath the old Millers sweet shop which was opposite Ore Thomson’s offices; this is now the front patio of the windygates hotel, and one by the entrance down Huaghmill lane. These were blocked up during the Roman conquest and are steeped in the legend of the Prince of Redpath. It was said that a Prince from a village called Redpath in the Borders came to Windygates. He had been told by a sorceress that he would find a beautiful princess to marry at the gates of the windy cross road beneath the village of Ceann-achadh. This village is now called Kennoway. The prince traveled to the gates and searched the village which was filled with children. Each child was over a thousand years old and none would tell him where to find the Princess except an old hag who hated the children and was ready for death. The old woman told of a maiden who had been captured by Roman soldiers, and was awaiting her execution in a Roman Hill fort which the Picts called DunOigh. (This is a Gaelic variation of “Dun” meaning castle and “Oigh” which in old Gaelic meant maiden; there is a locally known mound now called Maidens castle). The Prince freed her from the Roman fort, slaying all of the soldiers garrisoned there. The maidens name was Elisheba. She was a Princess and last heir to the dynasty of Elisheba. The Elsheba had fled from Persia to the land of the Picts for fear of persecution by the Roman emperor Emperor Claudius who wanted to end the Elishaba dynasty with her death. She and the Prince of Redpath fell in love and were married by the druid king Fibs by an ancient bridge on the river Culahibh. Beyond the bridge was a pool of water where legend told that its waters gave eternal life. They drank from it each day as the children of the Windy gates did, and they never aged: (Culahibh is Gaelic for “back”, and may relate to the old Back burn in Windygates.) They conceived an immortal daughter who they named Isobel. Unlike the children of the windy gates, their daughter stopped aging before she reached her twentieth birthday. However, Claudius sent a thousand soldiers to slay Prince Redpath and Elisheba and when the soldiers drank from the water they discovered its power of immortality. The Prince of Redpath knew that they could never leave with the secret, so he told Isobel to lead them to the caves. She told the soldiers where they could find the Prince of Redpath and led them to the caves where they pursued the Prince down into the caverns. The Prince of Redpath told his wife to seal the Caves of Weymss and his daughter to seal the last entrance at Windygates. Both mother and daughter wept as the Prince was left to slay the Roman soldiers for eternity. The mother and daughter left Windygates under the protection of the Walkenshawe family, whose generations continued to protect them and changed their names every few years. When Elshiba heard that St Kenneth was on a pilgrimage in Scotland she asked for his help in freeing her husband. St. Kenneth gathered and army and opened the caves. They released the Prince of Redpath and fought the Roman army back into the caves where they sealed them there for all time. In 1753 Isobel took the name Clementina and fell in love with a young man called Bonny Prince Charlie. They had an immortal child, but because of her relationship with the Prince after his attempted an abortive invasion of England, she went into hiding with her parents who had taken the name of Douglass. She gave her child the name Clementina Johannes Sobieski Douglass, the middle names to honour Prince Charlie’s Polish mother. Prince Charlie had given her a medallion that was struck to celebrate the marriage of James III and she gave it to her daughter Clementina who also aged until she was twenty. Here the trail ends with the grave of Clementina Johannes Sobieski Douglass at Finsthwaite graveyard at the bottom of lake Windermere, but rumour has it that she took the name Jane Penny and she and her Parents continue to live amongst us to this day. As for the Roman soldiers, they wait patiently in the hope that one day the Windygates caves will be opened.