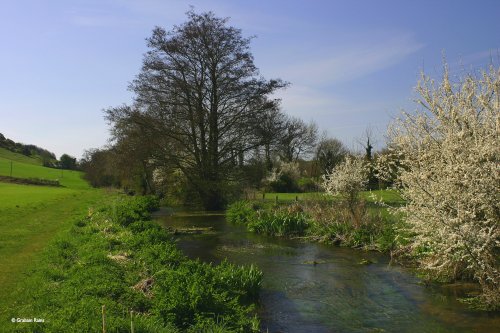 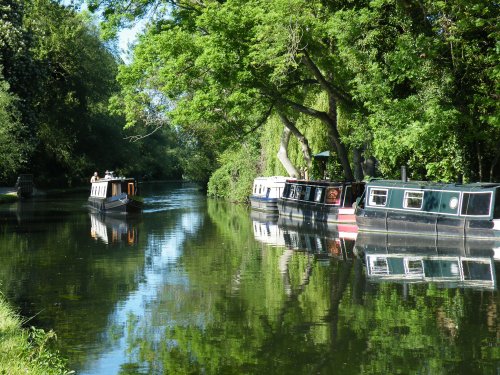 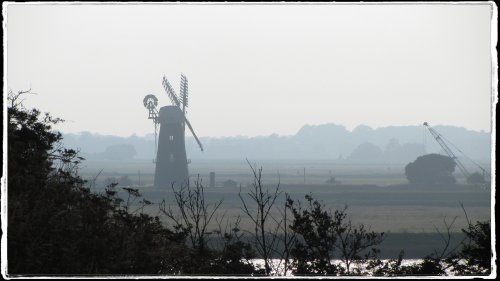 The magic of Scotland begins in the Scottish Lowlands - the Border region, where the Scots still speak of the local inhabitants as 'Borderers'. Lying close to the border is the romantic village of Gretna Green, made famous throughout the world as the place where runaway couples could be quickly married under a more relaxed Scottish Law. These dubious ceremonies took place at the Old Smithy, until the custom was banned in 1940. The Old Blacksmith' marriage room is now a museum. A few miles north of Gretna

The stirring history of the borders is much in evidence amongst the glittering lochs and remote hillside villages of the lowland regions. Caerlaverock Castle, a magnificent fortress built in 1290 surrounded by a double moat and set in superb unspoilt countryside on the shores of the Solway Firth. The origins of the castle are unknown but over the centuries the castle was destroyed and rebuilt several times, frequently changing hands between the English and the Scots.

The Scottish Lowlands comprise mainly of gentle hills and slow, serpentine rivers snaking between lush green, bracken clad banks. Above the old town of Moffat, in wild and often lonely hill country spring the waters known as ' The Grey Mare's Tail '. Several waterfalls in the area are known by this name, but this is by far the most spectacular. The tail, swoops from Loch Skeen, tumbling 200ft over craggy hollows and rocks to descend into tranquil Moffat water. The glorious heather and bracken clad Lowther Hills lying to the west of Moffat are the magnificent habitat of sheep and grouse, their peace, occasionally disturbed by the shriek of birds or a lonely hiker. The forest's of Eskdalemuir and Craik lie to the east of the little town. Eskdalemuir has a meteorological station and close to the forest is the place where Scotland's first Buddhist Temple was built in 1967. Craik forest, planted over former moorland, has enchanting woodland walks. It is a place of rare enchantment, with quiet woodland walks, wetlands teeming with wildlife and from the forest there is access to pre-historic sites, part of a Roman road and to medieval farmsteads.

Scotland has a constantly changing landscape that lays before you a magnificent panorama of Banks, Braes, Lochs, Glens, Forests and beautiful rolling heathland. It has ancient fortresses built to ward off Viking invaders and, it has modern day facilities to meet the demands of the most discerning visitor. Ayrshire's coast, warmed by the Gulf Stream boasts one of the finest coastal Golfcourses to be found in the whole of Scotland Of championship standard and magnificent setting for the ' British Open ' Turnberry welcomes visitors from all over the world. Turnberry is also the birthplace of Robert Bruce, he is said to have been born at Turnberry Castle.

Edinburgh, on the Firth of Forth is Scotland's capital city. Glasgow on the River Clyde is the countries second city. They are old, historic cities, where history meets with state of the art. A city of sheer splendour, Edinburgh is dominated by it's ancient castle which for centuries was the home of Scottish Kings and Queens. In summertime the city presents a Military Tattoo from the floodlit battlements of the castle. The eyrie, cobbled streets of Edinburgh's old town contrast sharply with handsome buildings lining the cities fine Georgian squares. It was during the cities Georgian period that Edinburgh emerged as a place of culture, a tradition kept alive by the annual Edinburgh Festival. For many years much of Glasgow's charms lay blackened by smoke from factory chimney's. Now, following a period of restoration, fine Victorian buildings sit comfortably side-on-side with modern, lofty hotel buildings which offer every possible comfort. The treasure crammed museums and art galleries of Glasgow rival those to be found in any part of Europe.

The first sprinkle of winter snow brings tourists flocking to the ski slopes of the Cairngorm mountains where from an observation point, reached by chair lift, there are spectacular views of glorious snow clad peaks and hills. The highest mountain in the range is Ben Macdui which reaches a height of over 4,200ft. The mountain ranges are home to Golden Eagles, Deer, Ptarmigan and, sometimes wild cats can be seen. And, in the summertime, the Cairngorms are crowned with rare and lovely Alpine plants.


Balmoral, royal estate and highland home of Her Majesty Queen Elizabeth II, nestles in the shadows of the Grampian mountains, the castle was built in the 15th-century and purchased for Queen Victoria by Prince Albert in 1852. The estate covers thousands of acres, including the beautiful Balmoral forest which gives cover for red deer and grouse. The beauty of Royal Deeside and Lochnagar is well documented-this vast region of lochs, glens and forests provides a magical mystery tour through a landscape of immense drama and grandeur. Interestingly, centuries ago, this land was the home of ancient Caledonians and savage tribesmen.

Further north, the triple peaks of the Three Sisters, stand on the south side of Glen Coe, Scotland's most dramatic glen, where centuries ago, the men of the MacDonald clan faced the Campbell's. The dark peaks and brooding pastures of the glen, seem somehow to reflect the heinous slaughter of that long gone, bitter February night. The seat of the Campbell's, lies on the edge of Loch Tay, close to stunning Glen Lyon near to Killin, an attractive resort town, famed for good fishing. The ruined Finlarig Castle was built in 1629 by Blackie Duncan Campbell of Glenorchy, Rob Roy is believed to have stayed here in 1713 and the castle is said to have contained a pit where nobles were beheaded by guillotine. High mountains surround Loch Tay which is noted for the fines spring salmon fishing in the whole of Scotland. An area of splendid Lochs and rivers, Tayside is a paradise for the fishing fraternity. The River Drochart flows towards Killin where the Falls of Drochart run right through the town - a fantastic sight, especially when salmon are leaping towards Loch Tay.

The western Highlands are particularly beautiful with a coast dotted with remote picturesque fishing villages which have remained unchanged for centuries and still retain old traditions. Behind the coast there is a wilderness hinterland of red sandstone peaks rising above moors and hundreds of silent, glittering lochs. The area has a wealth of nature reserves. These reserve protect the terrain as well as wildlife. Inverpolly National Nature Reserve, a short distance from the beautiful Summer Isles and smokehouses of Achiltibuie, protects around 30 acres of bog, moorland and woodland along with Cul Mor, Cul Beag and Stac Pollaidh. It is an area of great scenic beauty where seals can be seen basking in the bay amongst the fishing trawlers at Ullapool.

Romantic Dunrobin Castle set in lovely formal gardens, a short distance from the sea just above the little town of Goldspie, on the Scottish Highlands eastern coast, is the most northerly of Scotland's great historic houses. It is the seat of the Earls and Dukes of Sutherland and is owned by the Countess of Sutherland. The Dukes of Sutherland are part of Scotland's 'bloody history' they took part in the Highland Clearances. Lovely Lairg, famous for fishing, nestles on the banks of Loch Shin. The Shin Falls, a short distance away, show crystal clear waters cascading through a rocky gorge where salmon leap as they return to rivers to spawn.

There is little to exceed the splendour of Scotland's far northern shores extending from the dramatic headland of Cape Wrath to mainland Britain's most northerly village, John O'Groats. Cape Wrath rises a sheer 360ft above the sea and is topped with a 70ft lighthouse. The only route to the Cape from the outside world is a ferry across the Kyle of Durness. The white sands surrounding Smoo Cave are reached from the little crofting village of Durness. Of the caves three chambers the largest is 200ft deep and 110ft wide. Alt Smoo burn flows from moorland above the cliffs and drops almost 100ft into a deep pool in the caves second chamber. Sheltered Sango Bay is a small safe inlet surrounded by grassy limestone rocks a short way from Durness. The majestic scenery behind the coast is dominated by seemingly endless lonely lochs and towering peaks, magnificent, mysterious looking Ben Arkle scales to a height of almost 3,000ft. Close to Altnahara, Meall nan Con reaches 3,154 ft and Ben More Assynt at 3,273ft stands dramatically between Loch Shin and the quaint fishing village of Lochinver. Magnificent Dunnet Head is the most northerly point of Scotland's northern shores, from here fabulous views extend across 300ft cliffs, taking in Durness and Cape Wrath.

Wild, romantic, grand and savage, that is Scotland's attraction. The Highlands have a history that is inextricably linked to the land which still bears the scars of bloody battles and the clearances. It is a timeless, ageless place with a myriad of gentle springs, great lochs, shimmering falls, lonely mighty mountains and, sweet heather-clad moors dropping down to silent white sandy beaches where nothing can be heard but the quiet sound of creamy waves lapping against the shore. It is an awe-inspiring country which will thrill and enthral and whose glorious, magical sights will remain an evocative memory forever.