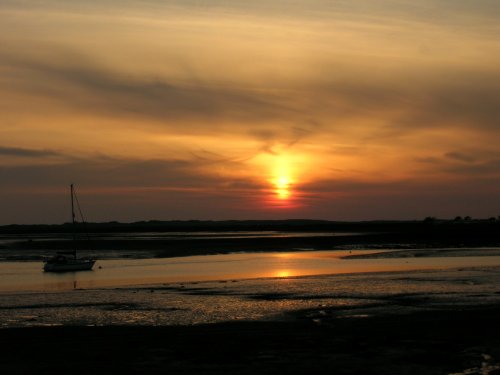 Are the Christmas customs and rituals that we follow Christian, Celtic or Roman?  Actually, they are a mixture of all three.

When we complain that the "modern" Christmas has degenerated and become very "commercial", perhaps we need to take a look back and realize that drunken parties, crazy behavior and spending enormous amounts of money on gifts that we can't really afford date back to medieval and even Roman times.

We still look at the Christmas season as a time of "goodwill to all men".  This custom goes as far back as Rome.  Lucian (a third century poet) describes the Roman festival of Saturnalia (Dec. 17 - 24) as "a time when all men shall be equal and all resentment and threats are contrary to law".

The dates of this Roman festival actually coincided with the old  Celtic celebration of Yule so St. Augustine (realizing that it was much smarter to change the "focus" of Britain's popular Celtic festival than to ban it) and the other Christians of the time declared that Dec. 25 was the date of Christ's birth.  By establishing that date, they blended all of the Celtic, Christian and Roman beliefs together into one celebration, let everyone do their own thing and everyone was happy.

By the time we get to 1066, Britain was very Christian although many of the old Celtic and Roman customs survived, especially at Christmas.

One of the most important of these was the use of lights in home and church.  This was a left over from the old Celtic belief of "sympathetic magic".  The intent being that the lights would encourage the return of the sun after the dark days of winter.  To this day, we still use many candles in church and our religious observances.

Decorating the church and home with evergreen foliage (holly, ivy and mistletoe) was another custom left over from the old beliefs.  Ivy, once the badge of the Roman wine God, Bacchus, was thought to prevent hangovers and bring good luck.  As mistletoe was the ancient symbol of fertility, it's use was frowned on by the church.  However, Holly was welcomed as the blood of Christ and the crown of thorns.

The nativity play was an invention of St. Francis of Assisi and was a continental custom.  It made its appearance in Britain in the 12th century and was performed in churches and public places.

In medieval times, the celebration was called the Twelve Days of Christmas and the party ran for all 12 days. The celebration began on December 25 and ended on January 5. It was a time for continuous feasting and merry making, which climaxed on Twelfth Night. At his time of year it was cold outside and there was little agricultural work to do except caring for the animals so work could be suspended.  Sometimes the festivities continued until Candelmass on Feb. 2.  The highlight of this celebration was the feast, the lavishness of which depended on your place in the social ladder.  Many feudal lords were expected to give a great meal for their tenants.   They really did it up big time!  During Christmas 1213, the royal family's guests consumed 200 pigs, 1000 hens, 15,000 herring, 10,000 eels, 100 pounds of almonds and 27 hogsheads of wine.

On Christmas Eve, the wassail bowl was passed.  The rich would fill the bowl with spiced wine in which roasted apples were floated.  The bowl was then passed from person to person to drink to each other's health.  The poor substituted wine with ale mixed with nutmeg, ginger and honey.  This custom can be traced to Anglo-Saxon times, the Saxon phrase "was haile" meaning a toast to another's health.

At these dinners, the centerpiece of the feast, a boar's head, would be carried into the hall with great ceremony, preceded by the master of ceremonies and followed by minstrels singing carols.  This was another ancient custom from a time when the boar was a sacrificial animal revered by the Nordic people.

To end the feast, frumenty was served. (the predecessor to Christmas pudding)  This was a wheaten porridge sweetened with fruit nuts and spices.  Christmas pies of the time were meat-based.  The centerpiece of the Twelfth Night party was the Twelfth Night cake.  The eating of this caked involved the crowning of the King of the bean and the Queen of the pea.  Whoever found these items buried in their cake were crowned monarch for the night and their orders had to be obeyed.  These people were party animals that had been drinking for days so one can only imagine what went on.  This idea was carried into schools, colleges and churches by appointing a boy bishop who was given temporary power to direct the merry-making.

In the villages, mummers would wear masks or blacken their faces, put on animal skins and perform traditional dances, which originated from old Celtic festivals.

From the 1400's on, there would be a Lord of Misrule.  This was generally a person of low rank who was permitted to reign over the Feast of Fools.  This feast included a lot of music, dancing, men dressed up in women's clothes, drinking and undoubtedly, a lot of debauchery.

There were many other traditions and customs during the celebration.  I have highlighted just a few.

All of this merry-making had very little to do with children which is a big difference from today.  The children joined in but gifts were a matter for adults only and were exchanged at New Year between king and courtiers, landlord and tenants.  Father Christmas did not exist at that time.  The medieval child knew Christmas as an adult event.  It was a time when grownups could set aside the strict, oppressive rules of their society and act like children.

Decorated Christmas trees, as we know them, were introduced during the Victorian era. However, the ancient Celtic people worshiped trees and decorated them throughout the winter.  The idea being to protect them until the sun returned.  Based on stories of the 4th century Dutch St. Nicholas, Santa Claus was introduced in North America by the Dutch colonists.

Our Christmas traditions and customs come from a variety of ancient cultures.

MERRY CHRISTMAS TO YOU ALL.