The dilapidated ruins of Conisbrough Castle make an impressive sight, particularly its keep, which is unusual in design. The... 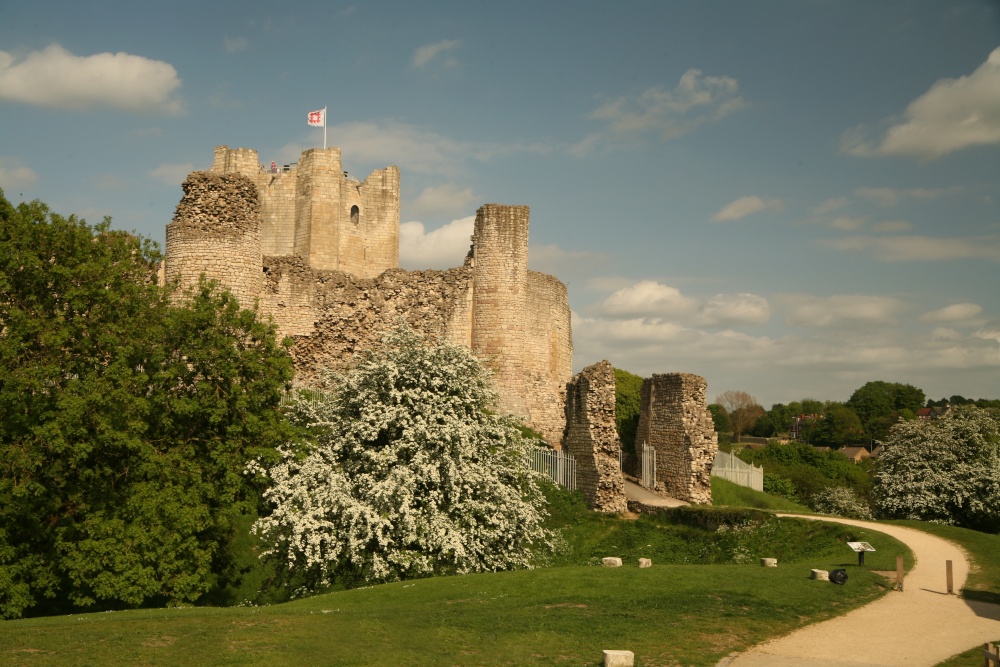 The first castle on the site was built by William de Warenne, the first Earl of Surrey (son-in-law of William the Conqueror). The original castle was probably a motte and bailey design built around 1070. The present castle was built by Hamelin Plantagenet, the fifth Earl Warenne. The cylindrical stone keep of the castle was built around 1180. King John, the nephew of Hamelin, stayed at the castle in 1201. The stone curtain walls were built not long after the keep. The other stone buildings within the bailey may been added in the early 13th century.

Another great shot and interesting narrative