a Museum in the town of Cosford, in the county of Shropshire 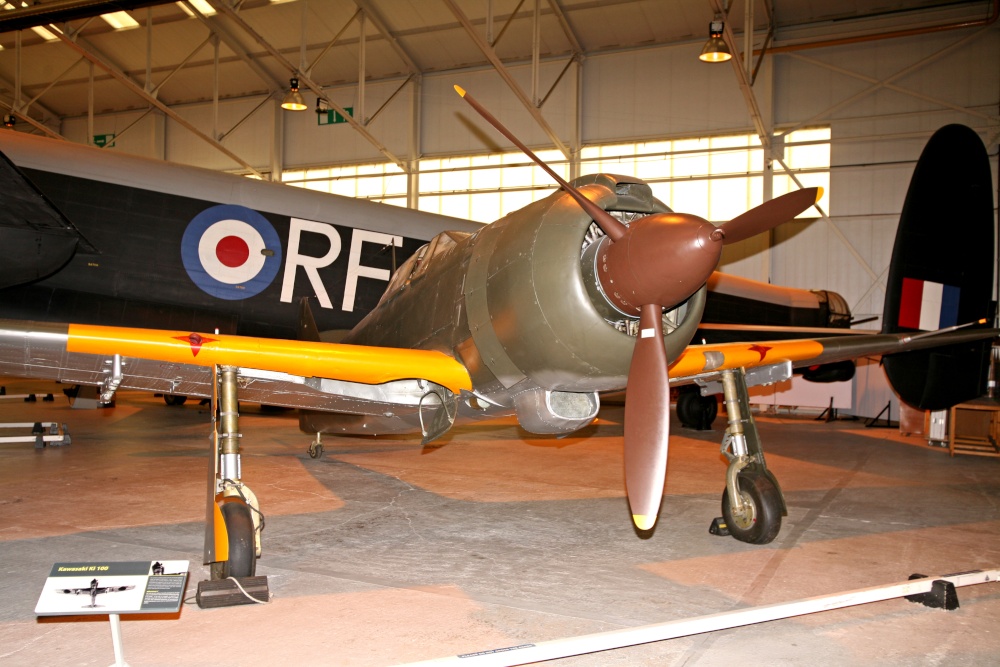 The Kawasaki Ki-100 was a successful fighter aircraft produced by fitting a radial engine into the airframe of the Ki-61 Hien, after American bombing destroyed the factory producing the inline engine used in the older fighter . The Ki-100 was seen by many of its pilots as the best Japanese fighter of the war. It had a much better rate of climb than the Ki-61-II and was much more manoeuvrable at high altitude. It entered service with conversion units in March 1945

Random England fact:
The market town of Launceston was once the capital of Cornwall.