in the town of North Leigh, in the county of Oxfordshire 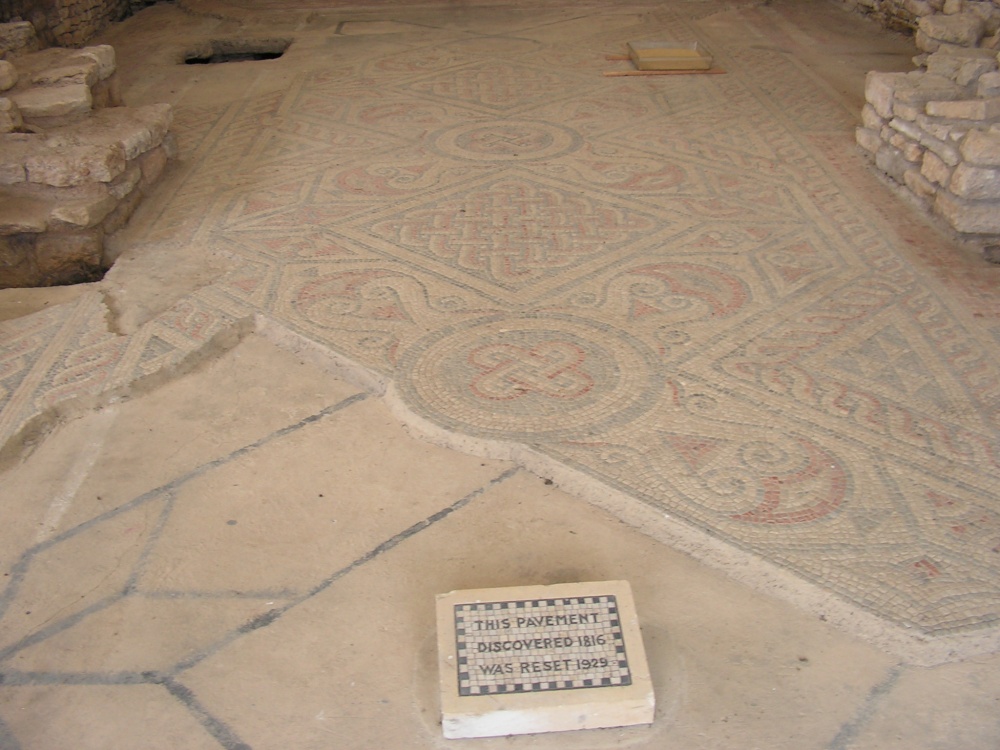 This is an old Roman ceremic floor preserved in a building at North Leigh, site of a roman villa