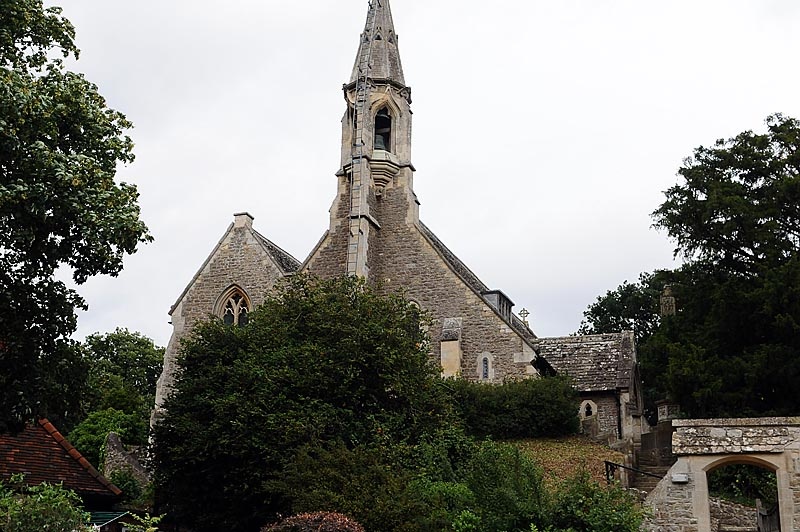 The church of St Michaels and all Angels stands on an outcrop overlooking the River Thames. In the churchyard will be found the graves of William Dyke who inadvertently fired the first shot at the Battle of Waterloo and also that of David John Shannon DSO DFC RAAF, who was a 20 year old Flight Leutenant who survived the famous Dambusters raid in 1943. Shannon piloted the first Lancaster of three, that attacked the second and largest of the two dams on the Ruhr targeted by 617 Squadron. Shannon became the most decorated Royal Australian airman flying.

England > Oxfordshire > Clifton Hampden > Pictures
Random England fact:
Lake Windermere in Cumbria is the largest lake in England. It is 10.5 miles long (over 18 km), and is 219 feet deep (66.7 m).