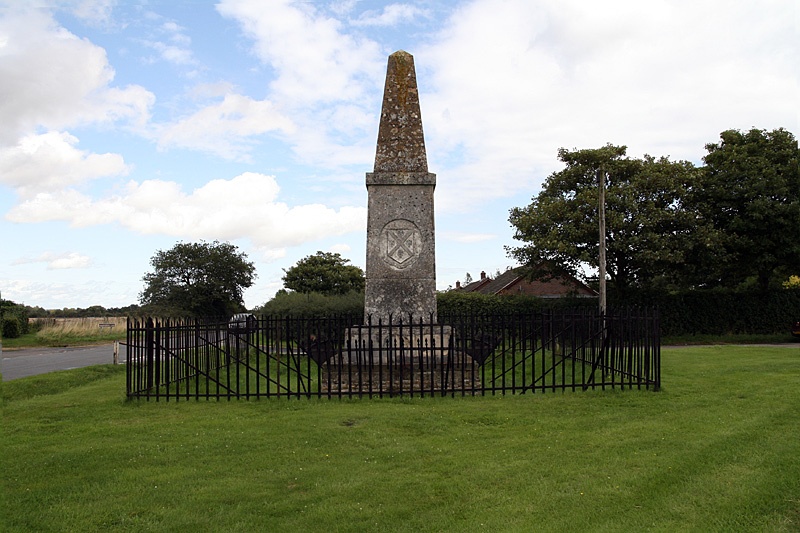 Memorial to Col.John Hamden mortally wounded at the Battle of Chalgrove during the Civil War. The battle of Chalgrove, which was little more than a skirmish, took place on the morning of 18th June 1643. It was one of a number of small scale actions between Essex's army and the Oxford Royalist forces that followed the fall of Reading. Prince Rupert had learned of a parliamentary pay convoy of £21,000 heading for Thame. Unable to resist such a prize Rupert headed to intercept it with a force of 1,000 horse, 500 infantry and 350 dragoons.