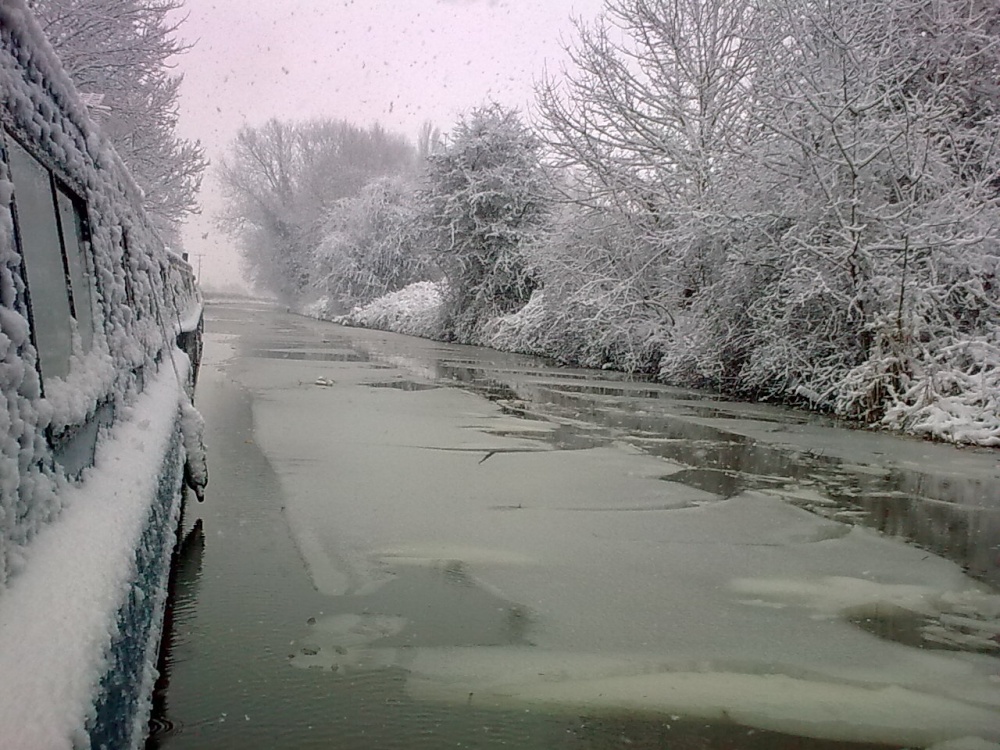 Ice on the Oxford Canal
by Janet Alexander-baldwin

Ice on the Oxford Canal

It looks like a Narrowboat has travelled through the ice and made way for others on the Oxford Canal at Banbury...

A picture of: Banbury, Oxfordshire ( More pictures of Banbury by Janet Alexander-baldwin )

lovely shot Janet, don't think I'd want to be on the narrowboat though!

Looks like a very brave shot, where you hanging overboard?

England > Oxfordshire > Banbury > Pictures
Random England fact:
Legend has it, that during the Anglo-Scots wars, Scottish raiders were in the area of Blanchland Abbey, Northumberland, and so the monks of the abbey decided to pray that the abbey would be spared. After doing so a thick mist soon descended on the valley, hiding the monastry from the Scottish raiding party.
Please support this website by donating today - Thank you.