a Castle in the town of Craster, in the county of Northumberland 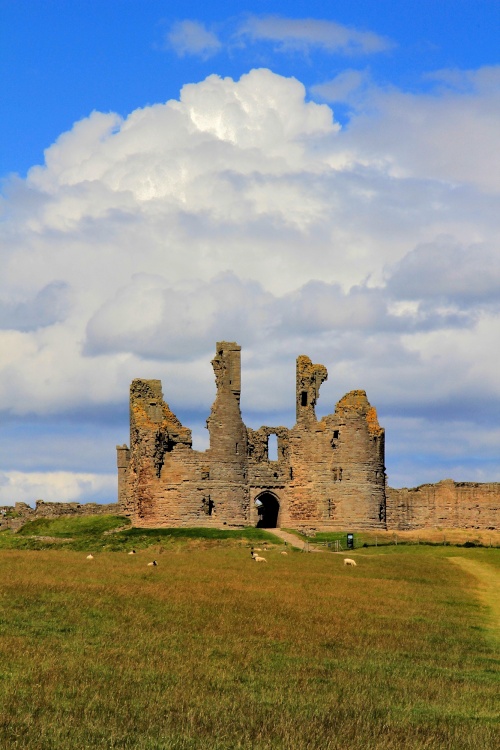 Dunstanburgh Castle is a 14th-century fortification on the coast of Northumberland in northern England, between the villages of Craster and Embleton. The castle was built by Earl Thomas of Lancaster between 1313 and 1322, taking advantage of the site's natural defences and the existing earthworks of an Iron Age fort.