a Castle in the town of Knaresborough, in the county of North Yorkshire 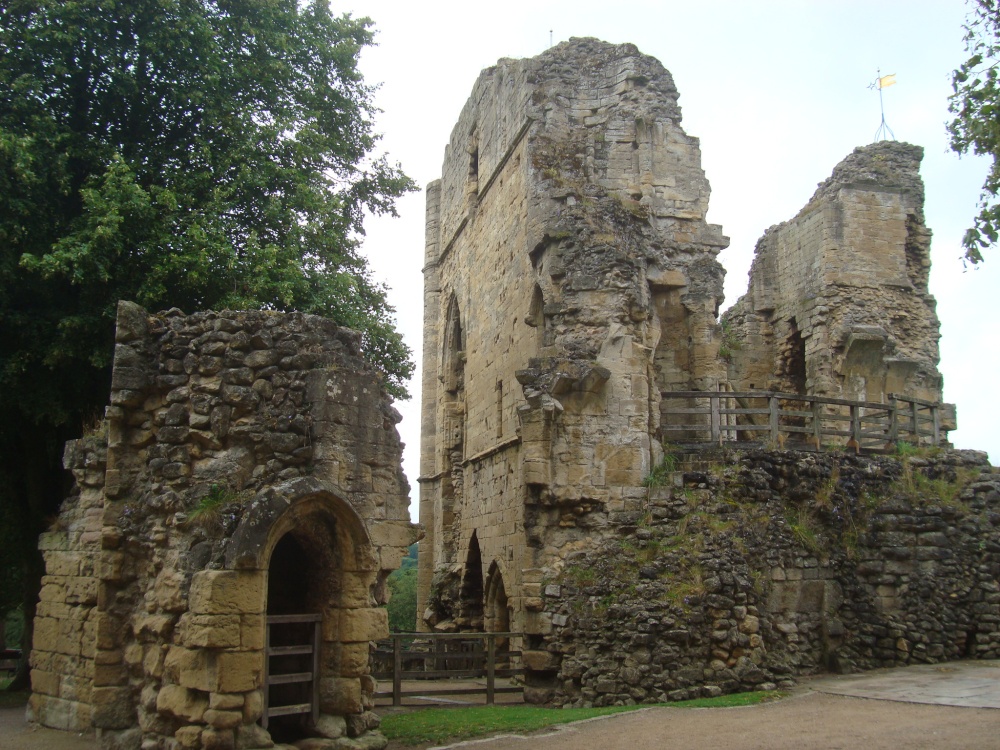 In 1372 Knaresborough Castle came into the possession of John of Gaunt, Duke of Lancaster, thus becaming part of the Duchy of Lancaster - and this has remained so the present day. In 1399 Richard II confiscated the Lancastrian estates, banishing Henry of Bolingboke (John's heir) to France. Henry later returned, duly deposed King Richard who was held captive in Knaresborough Castle for a night, before being executed at Pontefract. After the accession of Henry IV the importance of Knaresborough Castle diminished and it continued purely in an administrative and judicial role. Knaresborough Castle supported the Royalist cause during the English Civil War but it was besieged, and eventually fell, after the battle of Marston Moor in 1644. In 1646 Parliament ordered that the castle be slighted (blown up) and by 1648 demolition had commenced.

You have lovely shots of Knaresborough Castle, Victor. Well done!

England > North Yorkshire > Knaresborough > Knaresborough Castle > Pictures
Random England fact:
The first dinosaur bone was discovered in a limestone quarry at Cornwell village, near Chipping Norton in 1676. It was analysed by Robert Plot at the University of Oxford, who concluded it to be a thigh bone of one of the giant humans mentioned in the Bible. It has since been identified as belonging to a Megalosaurus. It was Richard Owen, however, who in 1842 truly identified dinosaur bones and invented the word 'Dinosaur'.
Please support this website by donating today - Thank you.