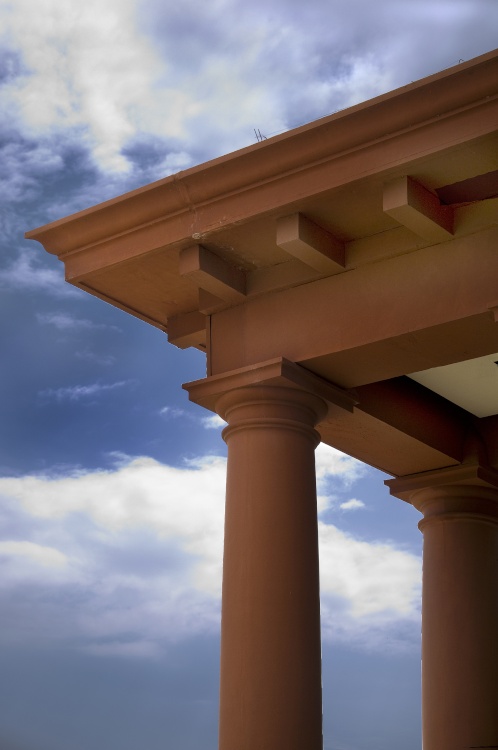 Detail of the old District Office at the Albert Dock. It later became a television studio for Granada but is now used as offices. A fine old building.

I love the contrasting colors in this one, Rod.