A picture of Lincoln, in the county of Lincolnshire 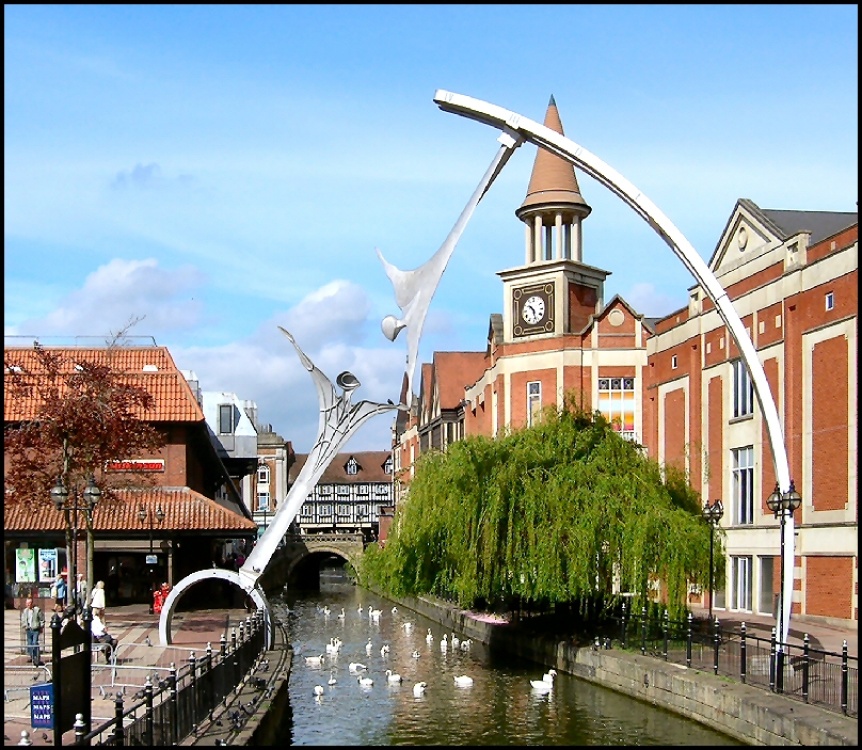 A picture of Lincoln

A picture of Lincoln

The River Witham, Lincoln. The River Witham flows for almost it's entire length through the county of Lincolnshire rising south of Grantham and flowing into The Haven, a tidal arm of The Wash, and thence into the North Sea. Entering into Lincoln from the south it passes through the Lincoln Gap, a break in the limestone escarpment that runs roughly north-south through Lincolnshire, and turns and heads off to the east. The section of the river through Lincoln tends to be canalized, as can be seen in this shot, both to protect the banks and for the convenience of the barges that at one time plied between Lincoln and Boston carrying grain to the many mills that were situated alongside the river as it entered Lincoln and beside the Brayford Pool. Not only were there many mills along the river side but alehouses too to satisfy the thirst of the bargees. In the short distance that can be seen in this shot were the Lord Nelson Inn, Spread Eagle Vaults, Saracen's Head Tap, Labourer's Arms, Witham Inn & the Gardeners' Arms. The bridge crossing the river with buildings on it is The High Bridge, is on the High Street and there yet more drinking establishments could be found. The slum dwellings in this area and the pubs were demolished many years ago, the mills lasted a little longer although no mills now remain although I can recall barges unloading when I was young. Now the only traffic on the river is pleasure craft.

A picture of: Lincoln, Lincolnshire