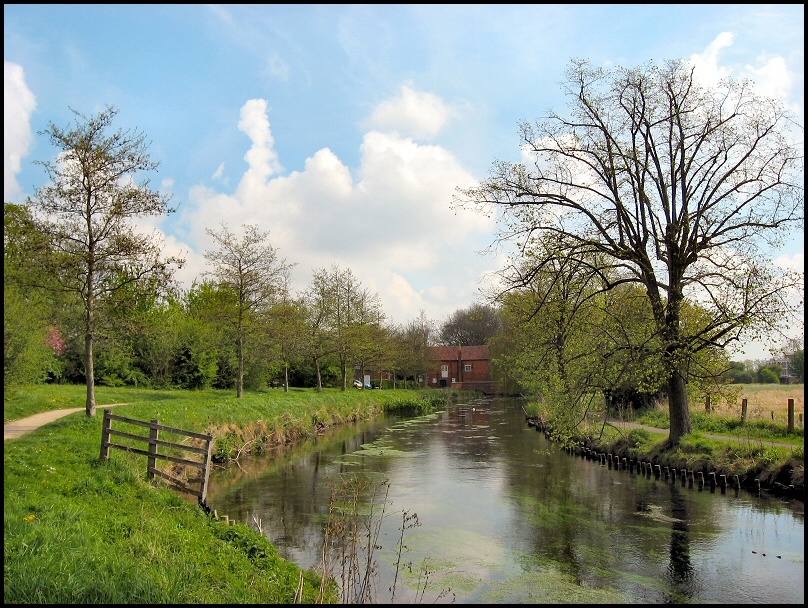 The River Slea, seen here leaving Sleaford, is an 18-mile long tributary of the River Witham rising near West Willoughby. At one time it supported 18 watermills, most in Sleaford itself. The River was made navigable from the Witham up to Sleaford in the 1790's although these navigations were closed in 1878 having been made uneconomic by the arrival of the railway in 1857. Just upstream from where this shot was taken the river diverges on it's journey to join the River Witham, the Old Slea meanders through the landscape whilst this section was widened and deepened by the Slea Navigation Company to form the navigable waterway.

Great shot, reminds me of a painting.

Reminds me of a painting too; I could make it into one without Photoshop! Nice work. I better make my way to Sleaford! Thanks John

When I saw this image I thought I had seen it somewhere else. I had, my son must have stood on the very spot to take the same view, its lovely