The remarkable remains of Lullingstone Roman Villa lay hidden for centuries, and were only revealed in excavations of 1939. Prior...

A picture tour of Lullingstone Roman Villa - in the town of Swanley, in the county of Kent 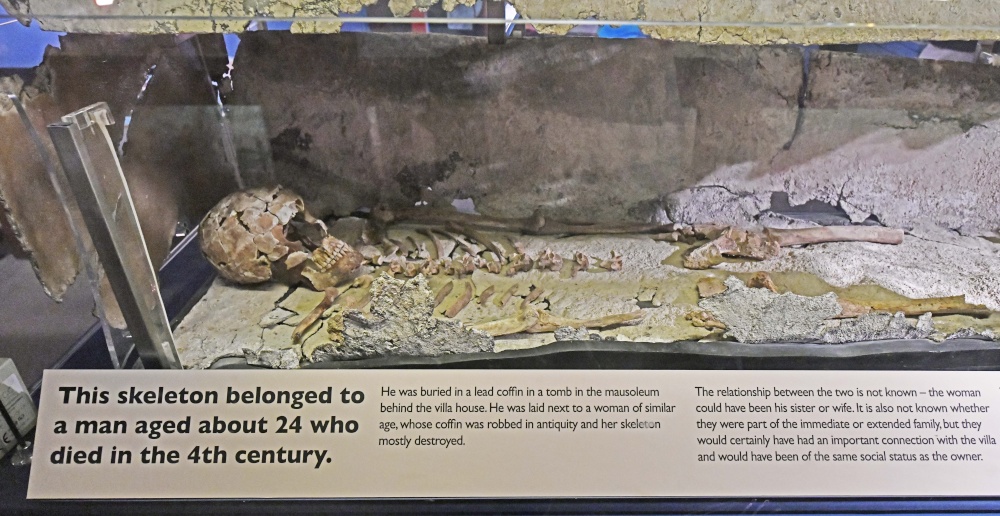 Skeleton of a 24yr old male who died in the 4th Century. Among the most outstanding Roman villa survivals in Britain. Set in the attractive surroundings of the Darent Valley in Kent, the villa was begun in about AD 100, and developed to suit the tastes and beliefs of successive wealthy owners, reaching its peak of luxury in the mid-4th century.

Fascinating info, and incredible how they've pieced that skull back together like that.