A picture of Spinnaker Tower, a Gallery in the town of Portsmouth, in the county of Hampshire 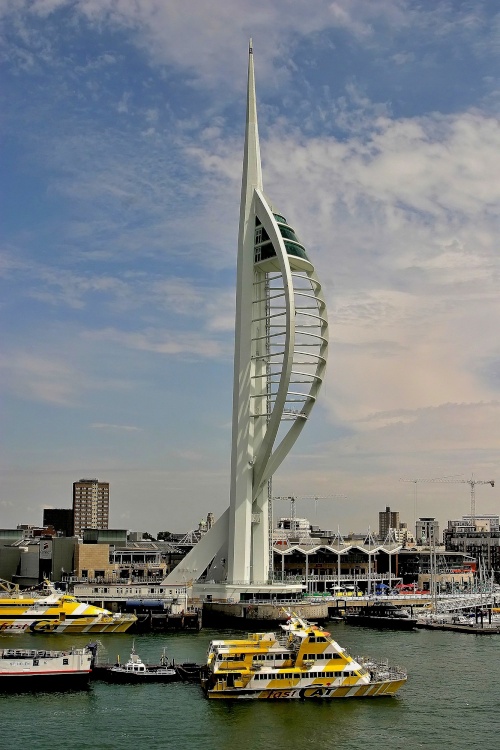 The Emirates Spinnaker Tower is a 170-metre landmark observation tower in Portsmouth, England. It is the centrepiece of the redevelopment of Portsmouth Harbour, which was supported by a National Lottery grant. Its shape was chosen by Portsmouth residents from a selection. The tower, designed by local firm HGP Architects and engineering consultants Scott Wilson and built by Mowlem, reflects Portsmouth's maritime history through its being modelled and named after a spinnaker, a type of sail that balloons outward.